I provide advice online for a living, and one challenge is that there’s rarely “one size fits all” advice when you’re writing for a diverse audience. Everyone’s situation is different, so a lot of my advice comes with caveats.

In case you don’t read this entire post, let me provide my advice upfront here, which is as close to “no strings attached” advice as you’ll find on this blog — if you book a Four Seasons hotel, you should be booking through a travel agent. And not just any travel agent, but a Four Seasons Preferred Partner travel agent.

Before I get into it, full disclosure — my husband, Ford, is a travel advisor and Four Seasons Preferred Partner agent, and does this for a living. Other travel advisors are also welcome to leave their contact info below. That being said, good advice is good advice…

My friend was so excited about the deal she got

My delightful friend Sunny recently texted me excited about the travel deal she scored:

“I just booked my hotel for Sydney in August. Four Seasons for $169 a night… that seems scary low. Does Four Seasons mean something else in Australia?”

“Lol that you think I have enough to status to get an upgrade.”

“Did you book directly with Four Seasons?”

“Nooooooo. I went to their site to see if they had the same price and it was more. I booked through hotels.com.”

And unfortunately it finished with:

“You’re too funny. This has turned from what I thought was going to be ‘way to go getting a cheap rate at a wonderful hotel’ to ‘Sunny… do better.'”

Sunny is really smart and usually great at maximizing travel deals, and realistically she had no way to know about this. After all, you don’t know what you don’t know.

I’m hoping there’s a silver lining — Sunny not enjoying breakfast, a room upgrade, and more, will hopefully lead to others not making the same mistake. 😉

Why you should book Four Seasons through travel agents

Four Seasons has a special program available through select travel agents, called Preferred Partner. With this, guests can receive extra perks for booking Four Seasons stays through them.

The exact perks vary by hotel, but in general you can expect that these travel agents can get you breakfast, a room upgrade subject to availability, some sort of hotel credit, and in some cases even more than that (this is true across just about all proprietary hotel travel agent programs, like Rosewood Elite, Mandarin Oriental Fan Club, Shangri-La Luxury Circle, Hyatt Privé, Hilton Impresario, Marriott STARS & Luminous, and more).

What makes the Preferred Partner program so special is that generally these perks can be combined with most rates you’ll find on Four Seasons’ website. You don’t need to book the flexible rate to take advantage of these perks, but generally you can combine these with Four Seasons advance purchase rates, free night promos, resort credit promos, etc.

What about Virtuoso and Amex Fine Hotels & Resorts?

You might be saying “wait a second, don’t Virtuoso and Amex Fine Hotels & Resorts offer that as well?” Yes and no. There are some reasons you should book through Four Seasons Preferred Partner over other programs:

What’s the catch? Why does Four Seasons give travel agents extra perks?

When you think about it, it makes sense:

Just as a hotel group might spend money on advertising or other programs, in this case Four Seasons is providing extra perks to travel agents that they can pass on to their high-value clients.

Looking specifically at the Four Seasons situation above…

Going back to Sunny’s situation above, she claimed that the hotel was cheaper through hotels.com, though is that actually the case?

The answer is “no,” but I totally see how she arrived at that conclusion, as hotels.com doesn’t display rates the way Four Seasons does.

For her dates, hotels.com showed a rate of 169USD per person. A rate of 654USD showed as being crossed out, which seems rather misleading to me. What is that number based on?

Sunny had booked a pre-paid rate. Again, this showed the total of 678USD for four nights.

But that wasn’t actually the total, because it didn’t include taxes and fees, so the stay came out to 745USD for four nights.

What’s odd is that Australian hotels are required to advertise “all-in” hotel rates, while online travel agencies can display prices without taxes and fees.

That same hotel booked directly with Four Seasons cost 277AUD including everything.

A Preferred Partner travel agent could have booked exactly that rate and added all kinds of amenities, not the least of which is breakfast.

Just as a point of comparison, if you booked a breakfast inclusive rate at the hotel it would have cost an extra 109AUD per night, while with a Preferred Partner agent you’d get that for the same 277AUD per night rate.

There’s no membership required and through many (most?) Preferred Partner agents you won’t be paying any extra fees. You’ll get the same rate you see on Four Seasons’ website (including any promotional offers), only with more benefits.

To be clear, I’m not saying anyone should book Four Seasons who otherwise wouldn’t have (though I am a big fan of the brand in general, and think Four Seasons properties are usually worth it). What I’m saying is that if you’re booking a Four Seasons, do yourself a favor and use a Preferred Partner travel agent. In a vast majority of cases that’s the best option.

Thanks - I did think this was an informative post, and the illustration of how hotels.com pulls a fast one to sucker in customers was good content as well. On a total side note, I'm reading this in August, living in Sydney, where we are in total lockdown. Guessing Sunny had to get a raincheck?

What's with all the haters, seriously? I learned something new and valuable. 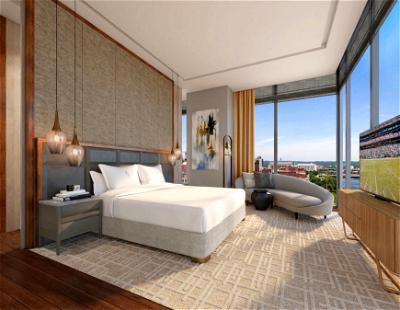 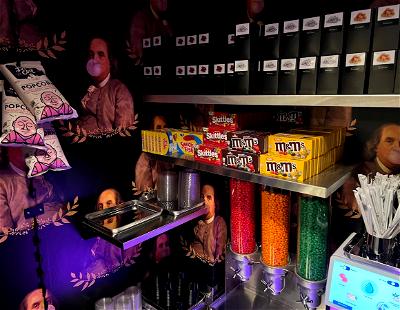 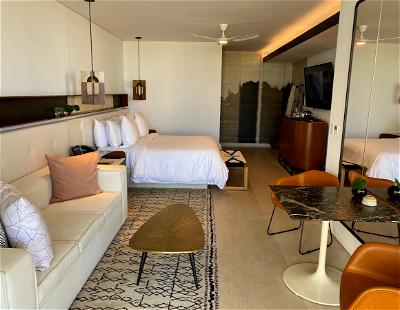