Air Canada’s Aeroplan program is kicking off the new year by implementing changes to their frequent flyer program, effective as of today. Aeroplan announced the changes to their award chart last June, and while the changes are negative for the most part, one huge improvement is the ability to book one-way awards for half the price of a round trip.

This is really exciting, as even with the price increases there are still some great values to be had on the Aeroplan award chart.

The catch is that Aeroplan imposes fuel surcharges for redemptions on most of their partner airlines, but if you can avoid those surcharges then these mileage amounts can be a great value. When booking through the Aeroplan program you’ll want to stick to Air China, Brussels, EgyptAir, Ethiopian, EVA Air, Scandinavian, Singapore, Swiss, Turkish, United, and US Airways as much as possible, as these airlines have no (or as in the case of LOT, very low) fuel surcharges.

It’s also worth noting that you can include other airlines that do impose fuel surcharges on the same Aeroplan award, and you’ll only be charged the fuel surcharges for the segments on the airlines which impose them. So a short intra-European flight shouldn’t have especially high fuel surcharges, should you want to include a segment on Lufthansa or Austrian to connect to your transatlantic segment.

Although I’m never a fan of increases to award charts, I think having the option to book a one-way is an huge improvement. If you’re looking to redeem miles for an award flight this expands your options significantly:

Alternatively, Starwood Preferred Guest also transfers at a 1:1 ratio to Air Canada Aeroplan, and given that they offer a 5,000 point bonus when transferring in 20,000 point increments can be a tremendous value. The transfers do take about a week, but you can book a round-trip ticket to Europe for just 75,000 SPG points.

Overall, while the Aeroplan award chart changes are no doubt negative on the whole, the ability to book one-way awards at half the cost of a roundtrip is a great new option to have.

(In the interest of full disclosure I earn a referral bonus on some of the above links — thanks for your support!)

@ ORGODD -- Depends on where you're flying. For a longhaul award, 24 hours should be fine as a connection.

I'm getting an error of ineligble one way for YIH-PEK-SHA ON CA.. is one way not allowed for same region awards? 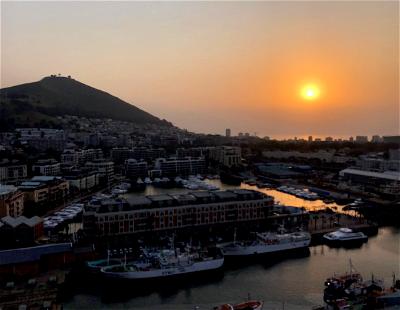 36
Ouch: Cathay Pacific Crews Put Into Quarantine Camp For 21 Days, As A Precaution