The program I get asked about most frequently from readers is the American Express Membership Rewards program, which is not only a great program, but also one of the most undervalued ones, in my opinion. Membership Rewards points can be used for all kinds of stuff, from gift cards to TV’s to airline miles. The best part about the program is that you can transfer Membership Rewards points to other loyalty programs at any time, so the miles can be where you want them when you need them. Once transfers are made they are final, so don’t transfer until you know you for sure you’ll need an award.

My advice below is only intended for those that want to truly maximize the value of each point on a cent per point basis. That means if you have 15,000,000 points, these rules might not apply. You might be perfectly happy cashing in your points for gift cards, and I might not even blame you. Generally speaking, though, the best use of AMEX points is when you transfer them to their partner programs. The other stuff they offer, like gift cards, electronics, etc., works out to around one cent per mile at best, which isn’t particularly good.

Air Canada Aeroplan: They have a fantastic award chart with some really great new rules which allow an extra stopover on certain itineraries and even cool new routing rules. Their fuel surcharges are crazy expensive, but if you book an award with multiple Star Alliance carriers they’re apparently not able to calculate them, which means you just pay taxes. If you’re looking for longer flights this is a good option, since the award chart is zone based and not distance based. View from the Wing has some more information about the program in a recent post.

All Nippon Airways Mileage Plan: Their award chart is distanced based, which can be good or bad depending on where you live. For those of us on the east coast of the US, this is a great thing, especially when redeeming miles for travel to Europe. Another import consideration is their airline partners. This program gives you access to all Star Alliance carriers, and also to Jet Airways, Qatar, and Virgin Atlantic, which are top notch carriers. A few good redemption opportunities include JFK to LHR in Upper Class on Virgin for 63,000 miles, Jet Airways Business Class from EWR to BRU for 68,000 miles, and ORD-FRA in Lufthansa First for 100,000 miles, among many others. Generally speaking their fuel surcharges are reasonable, and best of all you just pay taxes for awards on Virgin.

Iberia Plus: I’m reluctantly putting Iberia in the “good” category, but hear me out. Iberia is the only option for transferring AMEX miles to a OneWorld carrier, which is what makes them potentially interesting. Their award chart is distance based and the rates aren’t nearly as favorable as ANA, for example, but they get the job done. This could be useful if you want to fly JFK to LHR on British Airways, for example. Since you can’t use American Airlines miles for British Airways flights from the US, this isn’t too bad of a value. A roundtrip JFK to LHR award in Club World is around 88,000 miles plus taxes and feed.

Delta Skymiles: Unless you have a specific purpose for transferring to Delta, don’t! Once in a while they have promotions whereby you get bonus miles when transferring from AMEX to Delta (recently 30%), but even then it’s probably not worth it. Delta miles are about as watered down as they get, and expect it to get worse as SkyMiles merges with WorldPerks.

Singapore Airlines Kris Flyer: This is another program that can be useful, but I’d typically avoid. If you want to fly Singapore’s new first or business class product this is the only way to get it, so it might be worthwhile in that case. Other than that, there are few cases in which their award chart works out better than Aeroplan or Mileage Plan as far as Star Alliance airlines go. They also have some archaic rules, and frankly my impression of Singapore Airlines on the ground isn’t nearly as favorable as it is in the air.

Anyway, I hope this was helpful and answers the questions some readers have had. Feel free to post any comments, corrections, or questions, and I’ll do my best to respond to them.

Share
Tweet
Conversations (177)
The comments on this page have not been provided, reviewed, approved or otherwise endorsed by any advertiser, and it is not an advertiser's responsibility to ensure posts and/or questions are answered.
Write a comment
Cancel reply
Report a Comment
Thanks for letting us know!

Submitting...
Featured Comments
View all comments (177)
Write a comment
Most helpful comments ( as chosen by the OMAAT community ).

How many Amex Platinum points I need to get a return First Class seat on Singapore? Thanks.

@ Rob -- That might be enough if you go through Aeroplan or British Airways. See this post for more details: https://onemileatatime.com/best-uses-of-american-express-membership-rewards-points-by-region-domestic-including-hawaii/

My mother would like to give us the use of her 300,000 AmEx points to travel to hawaii roundtrip 1st class from seattle. 3 people in my family. Is this doable or do we need more points? 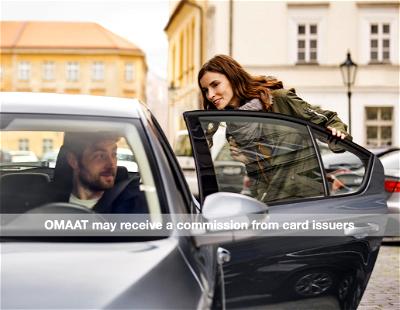