I often get asked how much I value various miles & points currencies, including those issued with credit cards, airlines, and hotels. The truth is that there’s no valuation for these currencies that everyone will agree on. That’s because the value that you’ll get from rewards points will vary significantly based on how you redeem them, and that’s also largely based on your travel goals.

Nonetheless I try to use my knowledge of these programs to assign a value to each currency, which can fluctuate over time. Below I’ll share my valuations of most major miles & points currencies, and then afterwards I’ll explain my methodology.

To me credit card points are the gold standard of rewards currencies. They offer a ton of flexibility, since you can transfer them to all kinds of partners. On top of that, there are so many lucrative credit cards that offer generous rewards structures for earning these points.

Personally I always try to earn transferable points currencies with my credit card spending. Unlike other points currencies, I value these more or less the same, given just how many partners each program has.

Below are my valuations of the major transferable points currencies.

Below are my valuations of the major airline mileage currencies.

Below are my valuations of the major hotel points currencies.

How to go about valuing miles & points

With the above out of the way, how do I actually go about coming up with a value for miles & points? First of all, let me share that I’ve been obsessed with miles & points for 15+ years. Keeping track of these programs is my passion (and my job), and I’ve also helped people redeem well over a billion miles over the years. I’d like to think I have a bit of experience.

Even so, that’s not to say that you should value miles & points the same way I do. Let me share some basics on how I go about valuing miles & points, and everyone can decide for themselves how they want to go about it.

Miles & points are ultimately a form of currency, so you might be wondering why we can’t value them objectively. After all, there are exchange rates between monetary currencies, even though different factors impact their valuations.

There are a few reasons miles & points (at least for non-revenue based programs) can’t be valued objectively in a useful way:

Let me give a concrete example of why there’s no correct objective valuation of rewards points. Let’s say you have Capital One miles, which I value at 1.7 cents each, and you transfer those to Air Canada Aeroplan. You could redeem 90,000 miles for a one-way ticket in Lufthansa first class from Newark to Frankfurt.

Meanwhile if paying cash, that ticket would cost over $12,000.

Alternatively, you could redeem 109,300 miles for a one-way ticket in Air Canada business class from Fort Lauderdale to Montreal.

Meanwhile if paying cash, that ticket would cost $1,171.

As you can see, you can redeem fewer miles for a ticket that would cost more than 10x as much when paying cash. This is purely intended to be an example, but hopefully at least demonstrates the complexity of valuing these currencies.

Be conservative when valuing miles & points

For a variety of reasons, I try to be conservative when it comes to valuing miles & points:

As you can see, I value credit card rewards points more than a vast majority of individual airline currencies, even though those are the best ways to redeem them. That’s because I’m willing to value the points at a premium for the added flexibility that they offer.

Coming up with a valuation of a mile or point is both an absolute and relative exercise:

How you’ll get the most value with your miles & points

Generally speaking, if you want to get the most value from miles & points, there are two key aspects to that:

Admittedly that’s not how everyone wants to redeem, and that’s totally fine:

I think it’s important not to get too carried away with points valuations. For example, above I showed a $12,000+ one-way first class ticket from Newark to Frankfurt on Lufthansa that could be booked with 90,000 Aeroplan points.

Yes, on the surface I suppose you are getting over 13 cents of value per point. However, don’t focus on that too much. For mental accounting purposes, personally I value redemptions based on how much I’d otherwise actually be willing to pay for that experience. I would never, ever drop that kind of cash on a one-way first class ticket.

So while on paper that might be the valuation, I always ask myself how much I’d be willing to pay for a first class ticket to Europe. Personally I’d estimate that I’d probably actually value that flight at $1,500, in terms of what I’d otherwise be willing to pay.

I’m not looking to get into a huge debate here about perceived value rather than retail value, but my point is that it’s important to consider how much you value these premium experiences, rather than just how much they cost.

Don’t take a trip just because it would cost a lot when paying cash, but rather do what you want to do, and try to maximize value along the way. At least that’s my take.

Don’t value miles & points based on one redemption

For example, I’d argue that the world’s best redemption option is through Virgin Atlantic Flying Club. Specifically, you can redeem 60,000 Flying Club miles for a one-way first class ticket on All Nippon Airways between the United States and Japan, and that would cost a lot if paying cash.

Nonetheless, as you can see above, Flying Club miles aren’t the currency I value most. Why? Because there aren’t many other good redemption options. So while I absolutely love to redeem miles that way, that doesn’t leave me with a whole lot of flexibility.

I try to factor in these sweet spot redemptions while acknowledging that they provide limited flexibility, especially at a time like this, when borders are still partly closed.

Hopefully the above is a useful rundown of the value of various credit card, airline, and hotel points currencies. There’s no absolute right or wrong way to value points, and it’s totally reasonable if your valuation is different than mine. My goal is just to share my take, and provide a general framework for valuing these currencies.

I’ll keep my valuations updated over time, to reflect changes with these various points currencies.

How do you go about valuing miles & points, and are your valuations substantially different than any of mine?

I suggest you take a look at my write-up on this subject. For example, you have omitted consideration of the miles you would receive by paying money for the ticket instead of using miles to buy it.

I use my Chase point to buy Apple products. They always seem to have a 50% bonus using Chase points to get Apple stuff... right after I've already made my trade. LOL! Need a new iPad so holding out this time...

This makes sense if you don't have to worry about money, frankly. For example, I've got about a million AS miles, but after buying a condo and SUV, I don't really feel like spending $7,000 on a hotel room for two weeks on Oahu for an upcoming trip. In theory, I could get a $7,000 J ticket to Australia for 110,000 AS miles, but am I realistically going to be getting Down Under anytime soon? No. But I am definitely going to Oahu in July and I need a place to stay...and might spend 500,000 AS miles for a nice hotel room for those two weeks. Are the 200,000 Hilton Honors points I will earn if I pay cash for my hotel stay worth spending $7,000 on a hotel stay for two weeks? Not even close. Is saving that $7,000 for a new furnace and flooring in a few years worth 500,000 AS miles that I am otherwise not using? Absolutely. 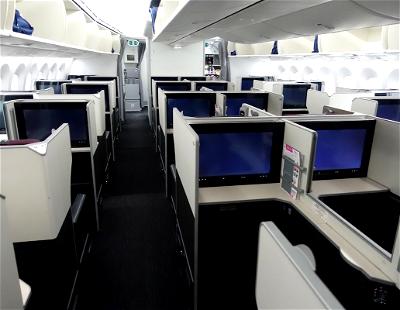 31
When Do Airlines Open Award Seats? 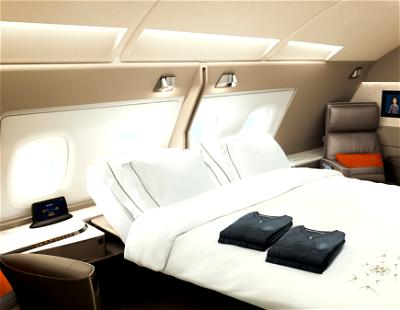