31
Share
Tweet
In the interest of full disclosure, OMAAT earns a referral bonus for anyone that’s approved through some of the below links. The information and associated card details on this page for the American Express® Green Card, Amex EveryDay® Credit Card, and Amex EveryDay® Preferred Credit Card have been collected independently by OMAAT and has not been reviewed or provided by the card issuer. These are the best publicly available offers (terms apply) that we have found for each product or service. Opinions expressed here are the author's alone, not those of the bank, credit card issuer, airline, hotel chain, or product manufacturer/service provider, and have not been reviewed, approved or otherwise endorsed by any of these entities. Please check out our advertiser policy for further details about our partners, and thanks for your support!

If you want to maximize your credit card rewards, I always recommend earning transferable points currencies for your spending whenever possible. In this post I wanted to take a detailed look at how to redeem Amex Membership Rewards points, given how many people earn this currency for their credit card spending.

There are several credit cards that earn Amex Membership Rewards points. American Express has both personal and business cards, letting you maximize your rewards across a wide variety of spending categories.

The following are the best personal cards for earning Amex points:

How much Amex Membership Rewards points are worth

Based on my methodology of valuing points currencies, I value Amex Membership Rewards points at 1.7 cents each. For that matter, that’s how much I value all major transferable points currencies. There’s no science to that, but rather I think it’s a fair but conservative valuation for how much value you could get if you’re maximizing your rewards.

How you can redeem Amex Membership Rewards points

Let’s take a brief look at how you can redeem Amex Membership Rewards points, and then we’ll talk about how you should redeem points to maximize value.

Amex Membership Rewards points can be transferred to airline and hotel partners. The program has the below 20 partners (the most of any transferable points currency), including 17 airlines and three hotel groups, and most transfers are at a 1:1 ratio.

There are plenty of other ways to redeem Amex points as well. Among other things, Amex Membership Rewards points can be redeemed in the following ways:

The catch is that generally speaking you won’t get more than one cent of value per point with these redemption methods. There is one exception when it comes to paying for flights, which I’ll address below.

You’ll get the most value with your Amex Membership Rewards points by transferring them to travel partners. That’s because all other options typically get you at most one cent of value per point, and you can hopefully do better than that. Below I wanted to share what I consider the best uses of American Express Membership Rewards points to be, roughly ranked starting with my favorite.

If transferring to airline partners, it’s important to understand that you’ll generally get the most value redeeming for international flights, especially in business class. Also, if you’re new to redeeming points, check out my top 10 tips for redeeming points, so you can hopefully get the best value.

Air Canada Aeroplan is probably my single favorite frequent flyer program. Not only does Aeroplan have more airline partners than any other airline loyalty program, but you can also add stopovers to awards for 5,000 points one-way.

If you’re looking to redeem on Star Alliance, or a variety of other airline partners (ranging from Air Mauritius to Oman Air), booking through Aeroplan is an excellent option. For my own travels, I redeem more points through Aeroplan than any other frequent flyer program.

Amex is the only major points currency to partner with All Nippon Airways (ANA) Mileage Club. That’s exciting, because this Star Alliance carrier’s frequent flyer program has some incredible redemption opportunities, like roundtrip business class from the United Sates to Europe for 88,000 miles, or a round the world business class award (with up to 29,000 miles of travel) for 170,000 miles.

While the program potentially offers lots of value, there’s a huge learning curve to understanding this program, so make sure you do your research prior to transferring any points. This includes that there are restrictions on who you can redeem for, there are big carrier imposed surcharges on some partners, and more.

Amex Membership Rewards has no shortage of Star Alliance partners. If you want a straightforward one-way award on a Star Alliance airline with just one or two segments, Avianca LifeMiles may be your best option. LifeMiles has great redemption rates without fuel surcharges. For example, a transatlantic business class award will generally start at 63,000 miles one-way, while a business class award to Southeast Asia will start at 78,000 miles one-way.

Just be aware that sometimes LifeMiles doesn’t have access to the same award space as other programs, so you’ll want to check that in advance.

Singapore Airlines restricts most of its first class and business class award space to members of its own KrisFlyer program. So while the airline is in the Star Alliance, don’t expect to be able to snag Singapore Airlines long haul premium cabin awards through other programs.

Fortunately Singapore Airlines KrisFlyer has fair redemption rates, pretty good award availability in business class, and limited surcharges. This could be useful whether you want to travel on the world’s longest flight from New York to Singapore, or want to take one of Singapore Airlines’ fifth freedom flights, like New York to Frankfurt.

Emirates Skywards is the best way to book most Emirates tickets with miles. This could be useful whether you want to take one of Emirates’ fifth freedom flights (from Newark to Athens or New York to Milan), or whether you’re looking to fly with the airline to Dubai and beyond.

It’s even possible to redeem miles for Emirates first class, though it could take some work. A shower in the sky is a worthwhile reward, though! A first class award between the United States and Europe costs 85,000 Skywards miles one-way, if you can find award availability.

If you want to fly across the Atlantic in business class, it’s tough to beat Flying Blue, as this is the key to unlocking Air France business class and KLM business class awards. Not only is this great if you’re looking to travel to Amsterdam and Paris, but the two airlines have extensive route networks throughout Europe and beyond.

You can generally expect that transatlantic business class awards will start around 55,000 miles one-way, with mild fuel surcharges (around $200 one-way). You can sometimes get even better pricing if you can book a Flying Blue Promo Rewards offer.

British Airways Executive Club is a useful frequent flyer program, especially for oneworld redemptions. Executive Club has a unique distance based award chart, so it’s a particularly useful points currency if you’re trying to redeem for travel on Alaska or American from or within the United States. Avios can be a great deal for travel to Hawaii and the Caribbean.

Avios are also useful for short haul redemptions in other regions, including within Asia and Australia. Lastly, Avios are an excellent value for travel in Qatar Airways business class, which is regarded as one of the best in the world.

Can you pay for flights with Amex points?

Unlike with Chase Ultimate Rewards, there’s typically not an efficient way to redeem Amex Membership Rewards points directly toward the cost of a flight. Amex’s “Pay With Points” program for flights generally lets you redeem points toward flights at around one cent per point, which isn’t great.

There are two exceptions, though:

Now, there are some things to be aware of:

I’d say this could be a good deal, though as you can tell, there are some major limitations here in terms of the cards you need to have, and how the redemptions work.

How not to redeem Amex Membership Rewards points

I tend to think that if you feel good about an award redemption then that should be enough. At the same time, I’d generally aim to get more than one cent of value per Amex Membership Rewards point. As a result, I’d highly recommend avoiding the following redemptions:

Amex Membership Rewards is a popular points currency, especially given how many people have products like The Platinum Card® from American Express and American Express® Gold Card.

Amex has more transfer partners than other transferable points currencies, and generally that’s going to be the best way to use your Amex points. Personally my favorite Amex partners are Air Canada Aeroplan and All Nippon Airways Mileage Club, though I also get quite a bit of value from partners like Air France-KLM Flying Blue, Emirates Skywards, Singapore KrisFlyer, and more.

To those who collect Amex Membership Rewards points, what are your favorite uses of the currency?

If they are all worth the same, care to transfer 1000k MR to me? I'll transfer 1000k HH in return. Seriously, you are just being obtuse. Are you trying to be philosphical, or can you not realize the obvious? Look at the prices of comparable hotel redemptions. Hyatt high end properties are ~40k, Hilton are ~200k. Can you do that math?

OMAAT's leading pedant, I'm sure your 4th grade math teacher loved you. Since you seem to be having trouble, let me simplify Ben's comparison for you. 1 MR point transferred to a generic airline transfer partner yields ~1.7¢* of value. 1 MR point transferred to Hilton yields ~1.0¢* of value. *Adjust those numbers based on what values you assign for an individual airline partner or Hilton. Reasonable people can disagree on the US$ value of a United mile or a Hilton point, but you can't disagree with the *process* of that comparison.

I can do the math and I am the only one who clearly saw the obvious on Day 1 because it is so trivial, which is why I am 100% sure that you cannot do the math and are utterly clueless like virtually everyone else. 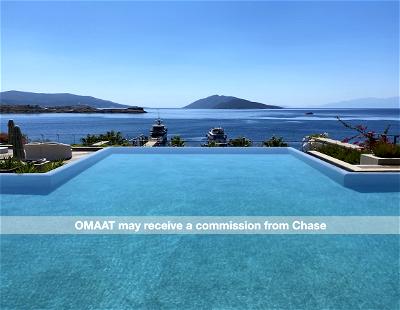 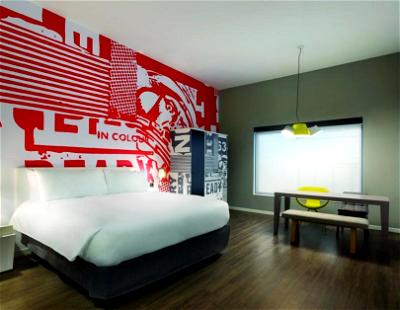 4
Save At Radisson Hotels With Amex Offers 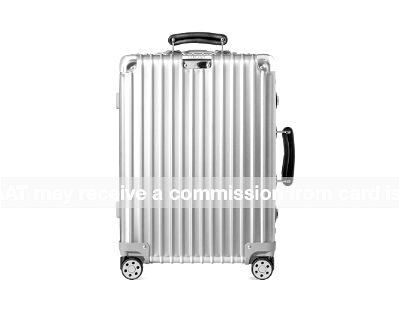