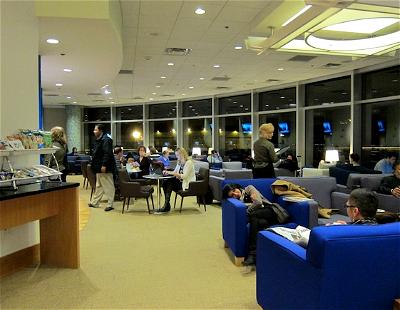 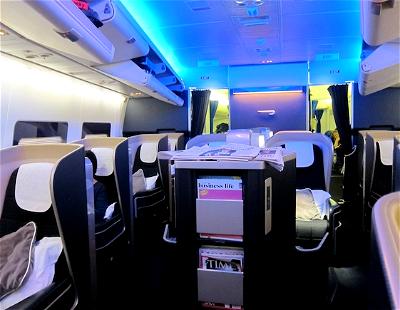 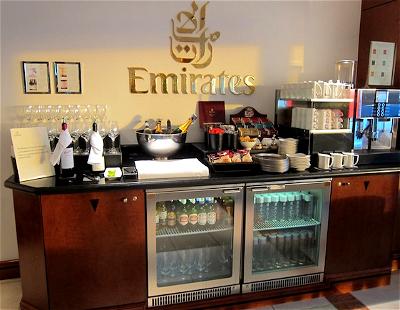 14
Bling it on: Emirates Lounge London Heathrow (after a surprise!) 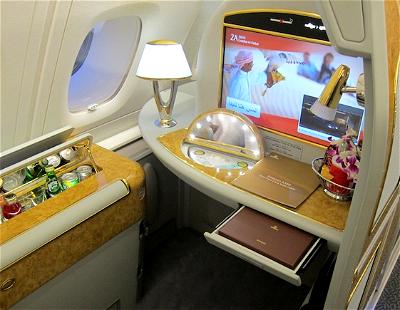 63
Bling it on: Emirates First Class London Heathrow to Dubai 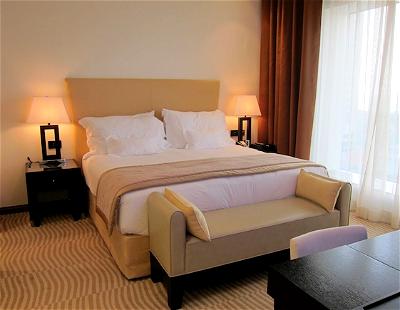 23
Bling it on: Grosvenor House Dubai

49
Bling it on: Afternoon tea in the Skyview Bar at Burj Al Arab 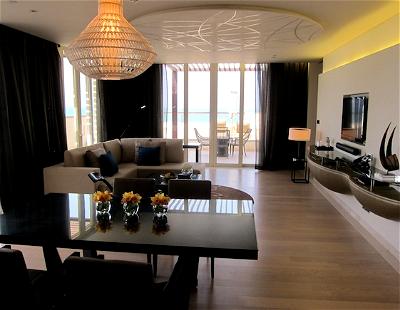 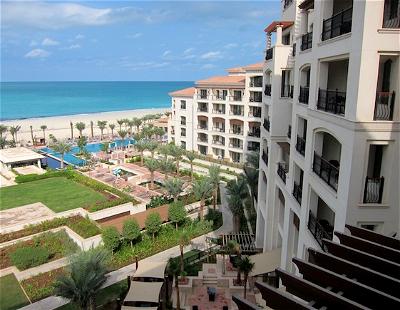 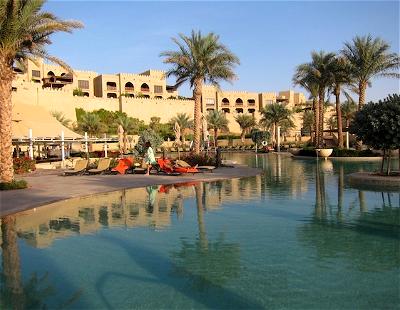 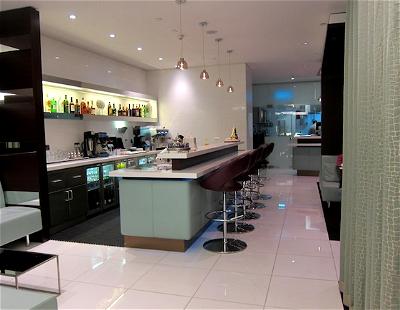 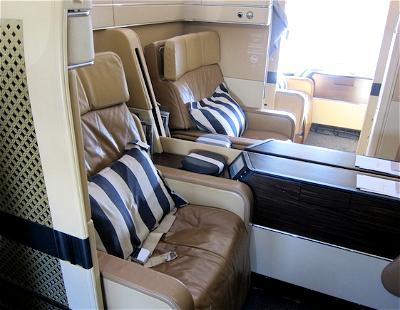 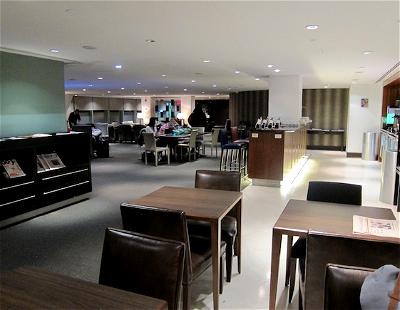 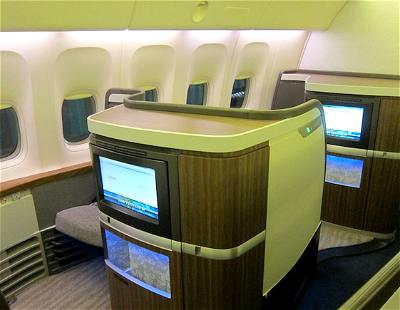 Bling It On
More from this series:

I made the decision to move to Seattle at the very beginning of October, right as a beautiful Seattle summer was coming to an end. Everyone raves about Seattle summers, and justifiably so. Maybe my decision to move there was a bit rash, given that the weather has been dreadful ever since I’ve moved here. Don’t get me wrong, I love almost everything else about the city, so don’t for a second regret the move.

A friend had their winter break and I knew I wanted to go somewhere warm, so it was just a function of figuring out where we could go. The major challenge, of course, is that everyone wants to go somewhere warm over the holidays, so that’s not an especially easy task. That’s why I planned the trip only a couple of days before departure, as the airlines began to open up their unsold premium cabin seats for awards.

After carefully considering destinations I narrowed it down to South Africa and the UAE. I had found good outbound options to South Africa, though nothing good on the return, and that was too risky for me, since it’s peak season in South Africa.

Meanwhile I could find availability in both directions in British Airways first class to the UAE, so I decided that might be a good idea. I was fascinated by Dubai when I was there last year (despite being sick), and was eager to check out Saadiyat Island, a brand new part of Abu Dhabi with great beaches and some new luxury hotels (including a Park Hyatt and St. Regis). So I booked that itinerary, which looked as follows:

After giving it some thought I decided I’d rather just use the companion certificate for the outbound, which wouldn’t make me feel as if the certificate was totally “wasted,” and also would cut the mileage and fuel surcharges in half. Furthermore after trying to plan an itinerary I decided four days just wasn’t enough in the UAE, so pursued alternate returns using other miles.

Unfortunately canceling the return wasn’t easy, given that British Airways technically requires companion certificates to be used for roundtrip itineraries (even though the website will let you use them for one-ways). Fortunately I found an agent willing to make a “one time exception.”

Surprisingly enough, Etihad Airways had first class award space from Abu Dhabi to New York for the 20th in first class, with a connection to Vancouver in Cathay Pacific first class. It cost 90,000 American AAdvantage miles per person, plus only about $40 per person in taxes.

So in the end our ticketed itinerary looked as follows:

That would allow us to experience three longhaul first class products, and we even accidentally snuck in a fourth product — Emirates first class — as I’ll cover during the trip report.

As far as the hotels go, we decided to spend the first two nights in Dubai. Last time I was in Dubai I stayed at the Park Hyatt, which I loved, though for the sake of reviewing new properties I decided to stay somewhere else. I had heard good things about the Grosvenor House, which is considered to be the best Starwood property in Dubai. Best of all it was downgraded from a category six to category five Starwood property this year, so at just 4,800 Starpoints plus $90 through the “cash & points” program it was a great deal.

Then I figured we’d spend three nights on Saadiyat Island, since I wanted to try both the Park Hyatt and St. Regis. I planned on spending two nights at the Park Hyatt Abu Dhabi, which I toured last year, and it was available for either 18,000 Hyatt Gold Passport points or 1,000AED (~$270USD) per night. Usually I don’t like spending that much on hotels, though I had an expiring Diamond suite upgrade (which can only be used on paid stays) and could book through Virtuoso, which got us a free lunch for two. Therefore it seemed like the better option to book a paid stay.

The St. Regis Abu Dhabi was available on “cash & points” for just 4,800 Starpoints plus $90 per night, so that seemed like a no brainer compared to the paid rate of $300USD+ per night.

I had some expiring Jetsetter credit (some of y’all may recall the fiasco from earlier in the year), so looked at which properties they had in the UAE. As it turned out they had the Qasr Al Sarab, a desert resort which looked pretty awesome. We decided to book that for our last two nights.

Anyway, with that out of the way, I’ll try to post the installments of this trip report pretty quickly. If you’re impatient and dying for more (all one of you), feel free to check out these posts that were written “live” during the planning process and trip:

To companion certificate or not to companion certificate, that is the question…
Tickets booked using British Airways companion certificate, and I ignore everything I learned in my college economics class
Is British Airways first class the world’s best business class product?
The story behind how I ended up in Emirates Airbus 380 first class…
The most, gaudy, obnoxious, and awesome f*&^$&# flight of my life!
Bling it on, Burj Al Arab!
Hello from the Park Hyatt Saadiyat Island!
Is the UAE the most depressing place in the world?
Where am I?
Sunset in the desert — doesn’t get much better than this!
One of the funnest things I’ve ever done!
My impressions after 15 hours of Etihad…
The (mis)adventures of a 90 minute hotel stay…

Sit back, relax, and enjoy the report! As always, feel free to share your comments or questions below.

@ alan -- Well my trip would be originating in the US, so I don't think any limitation on fuel surcharges would apply. In doing a search fuel surcharges to Hong Kong seem just as high as any other destination.

did u consider HKG? the fuel surcharges is limited by law.

You have a very lucky friend who got to enjoy this trip on their winter break!! About Seattle... I live in San Franciso area and love to take weekend trips to Seattle year round. They know I'm an out of towner when I use an umbrella in the rain when all the residents just pull up their hoodie. I still love my visits when it's raining. Make sure to start visiting the restaurants by Tom Douglas and Ethan S.

14
Bling it on: Emirates Lounge London Heathrow (after a surprise!)

63
Bling it on: Emirates First Class London Heathrow to Dubai

23
Bling it on: Grosvenor House Dubai

49
Bling it on: Afternoon tea in the Skyview Bar at Burj Al Arab