This is fantastic news, because I’m sure I’m not the only one sitting on a sizable SkyPass balance with no good way to redeem it at the moment. You can find the full unedited original post from 2019 about the award chart devaluation below.

Some massive changes have just been announced to the Korean Air SkyPass frequent flyer program. Korean Air describes these changes as being implemented “to increase customer benefits.” I beg to differ.

Keep in mind that Delta now owns a stake in Korean Air and has a joint venture with them, and we know what Delta does to frequent flyer programs. 😉

Why I Personally Care About Korean Air SkyPass

Korean Air SkyPass used to be a Chase Ultimate Rewards transfer partner, and was one of my favorite transfer partners at that. SkyPass had excellent redemption rates for travel in Korean Air first class, and award space was generally readily available.

Unlike oneworld and Star Alliance, SkyTeam doesn’t have the same level of reciprocity of first class awards, so booking through SkyPass was the best way to redeem for Korean Air first class.

Before the partnership between Chase and Korean Air ended (in August 2018), I transferred hundreds of thousands of points, and I haven’t redeemed any of those yet. While speculatively transferring points may seem dumb, the values were that good, it was a unique currency, and Korean Air has historically provided plenty of advance notice of any program changes (and this is no different).

There are all kinds of things changing about Korean Air SkyPass, including mileage earning rates, mileage redemption rates, elite status qualification, and more. The catch is that in some cases they’ve given full details of the changes, while in other cases they’ve only teased. So let’s look at what we know so far.

Lets start with what I care most about, and what probably impacts OMAAT readers most.

As of April 2021, SkyPass will be introducing new mileage redemption rates. Korean Air says that the new pricing will be based on zones and categorized by flight distance. This will replace the current region-based award chart.

Korean Air highlights that economy and short haul awards will be getting significantly less expensive. They note:

Unfortunately the changes to premium cabin redemption rates are awful. For context, here’s how much SkyPass currently charges for one-way first class awards in standard season between the US and select destinations:

Ouch! In other words:

These changes are awful. 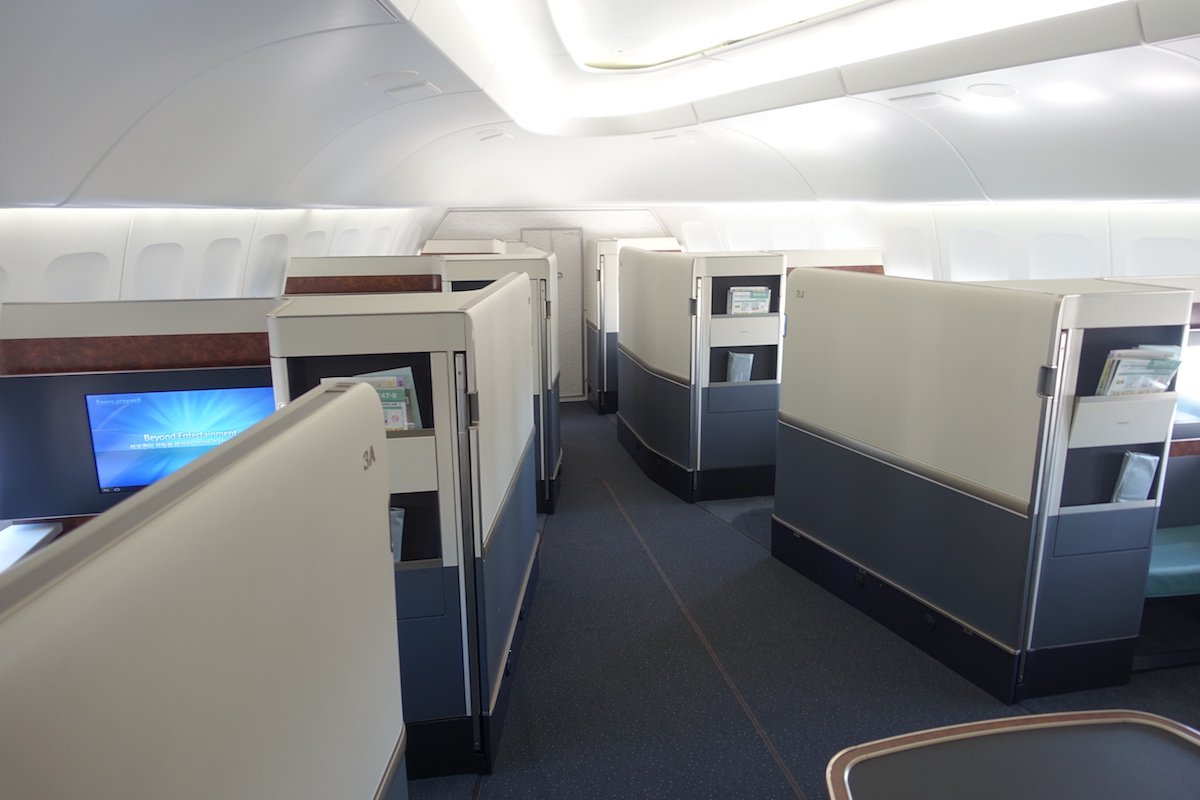 As of April 2021, SkyPass will be introducing new mileage accrual rates. Korean Air says that these will “correspond to airfares” and will be “taking global standards and airfare levels into consideration.”

While the new rates haven’t yet been published, first class will earn up to 300% mileage, business class up to 200% mileage, and economy earnings rates will be “reorganized into four categories based on booking class.”

So it seems they’re following the industry trend here, and will award more miles for expensive tickets and fewer miles for cheaper tickets.

As of February 2022, SkyPass will be introducing new elite qualification requirements. Korean Air says that the requirements will be “significantly lowered,” and that members will need to earn either 10,000 miles or take 10 flights in the previous year to earn status.

The existing three levels of elite membership will be replaced by four levels — Silver, Gold, Platinum, and Diamond.

Of course I would be quite skeptical here about what this actually looks like, given the lack of details.

As of November 2020, Korean Air will be testing a “cash & miles” payment option, allowing members to purchase flights with a combination of miles and cash. This is supposed to make mileage redemptions accessible to more passengers, who may not have enough miles for an outright award ticket.

I wouldn’t get too excited here if you’re looking to maximize value, since I can’t think of a single airline where this option consistently represents a good value. 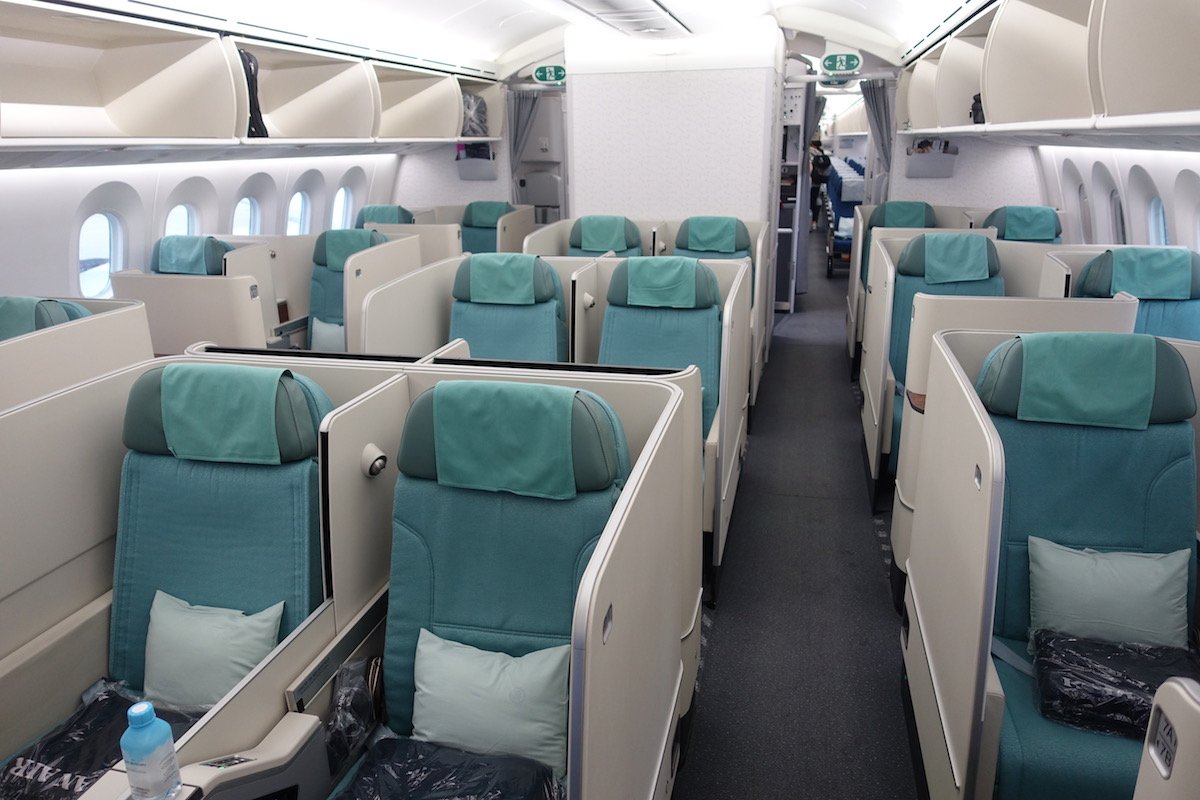 While we don’t yet know all the details, we do know that the redemption rate increases are huge for first & business class travel. I have several hundred thousand Korean Air SkyPass miles that I’ll need to redeem before April 2021…

What do you make of these Korean Air SkyPass changes?

They should do gradual increases each year rather than a huge hit every decade like this. Miles from credit cards went from being a deal to basically the same price as paying cash for first class tickets now. I get the segment idea but it really should be for the whole trip, not each take off and landing. It's not my fault they want to land in Korea to pick up other passengers before going to my final destination. And most of the time the first and business class seats are mostly empty so what gives with this sudden change? KE dropping Chase was a huge loss also. I was sitting on chase points figuring that i could transfer any time and found out after the program was dropped. Marriott Bonvoy points are transferres nowhere near the rate, making it double what it was before and now they're going to double it again. I also found out i can redeem all of my amex points for cash at 1.25 cents each so finding out that the points for bonvoy are even further devalued just really makes these programs not worth it anymore. One thing i do wonder now is if redeeming points with amex to buy fights will be a better deal than transferring directly to the airline. Either way, I'm pretty disappointed to be sitting on 5 million bonvoy points i right now and i already have 350k korean miles that will become worth less than one round trip. Geeez.

While I'm glad they delayed the changes, good luck finding any First class at this point. I think only the JFK-LAX route has it. Nothing else does, currently. (this is looking out as far as I can go on their award booking). Although perhaps one can redeem for Delta flights (the rare one that's available for First) if you don't mind not getting anything other than some cheezits and water. But, it is better than the Virgin/Delta de-valuation so I'll take what I can get.