Emirates is the biggest customer of the next generation Boeing 777X. The airline has a massive order of 150 Boeing 777Xs, including:

I’d note that while this is still a firm order as of now, Emirates President Tim Clark has indicated that they’re reconsidering at least part of that order, so we could see their 777X order scaled back a bit.

So, what should we expect? Clark has revealed some details about the new plane on his latest podcast interview for Emirates’ inflight entertainment system.

While Emirates is known globally as a top airline, overall they have a rather disappointing business class hard product. The backbone of their fleet is the 777, and a majority of their 777s have slightly angled seats in a 2-3-2 configuration, which isn’t exactly industry leading. 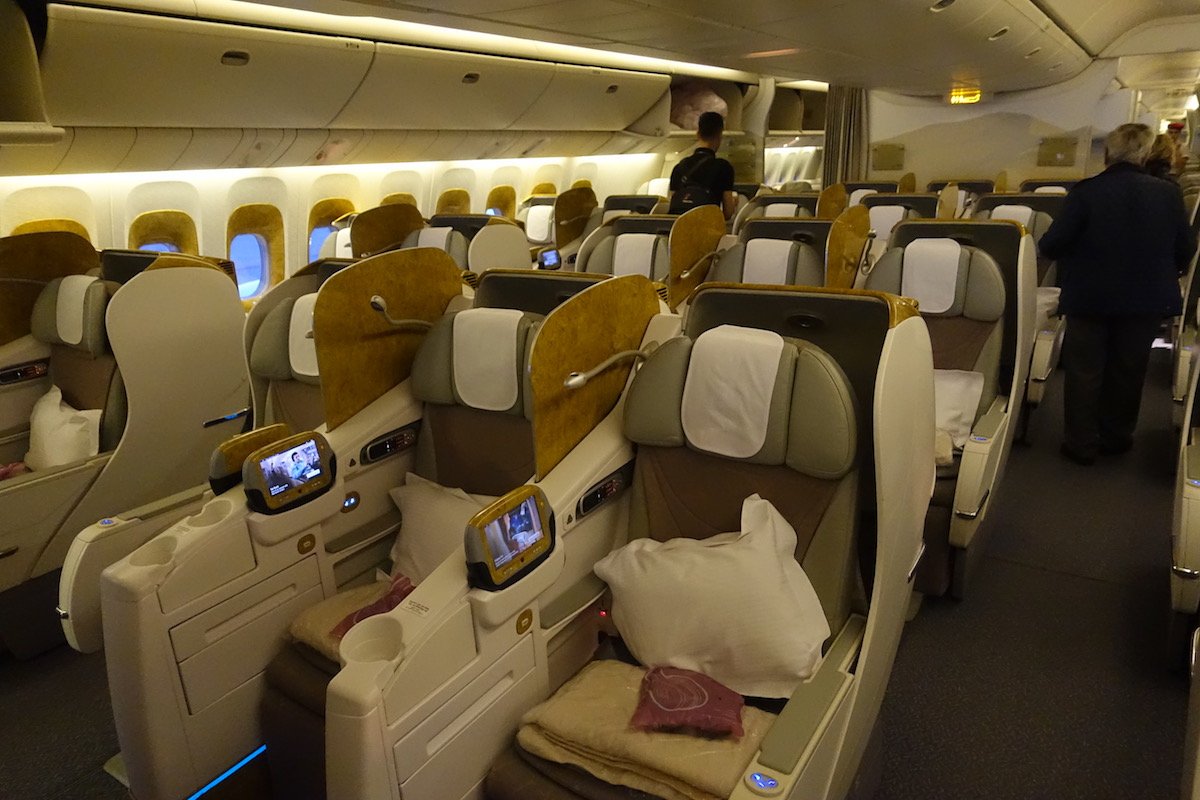 All along we’ve been told that Emirates will introduce new business class seats on the 777X, though it sounds like maybe we shouldn’t get that excited.

Clark has indicated that the 777X will have a new business class, but it will basically be the same seat that they have on the A380.

For those of you not familiar with Emirates’ A380 business class, the airline has pretty standard staggered business class seats on the plane. On the plus side, they’re fully flat and feature direct aisle access. 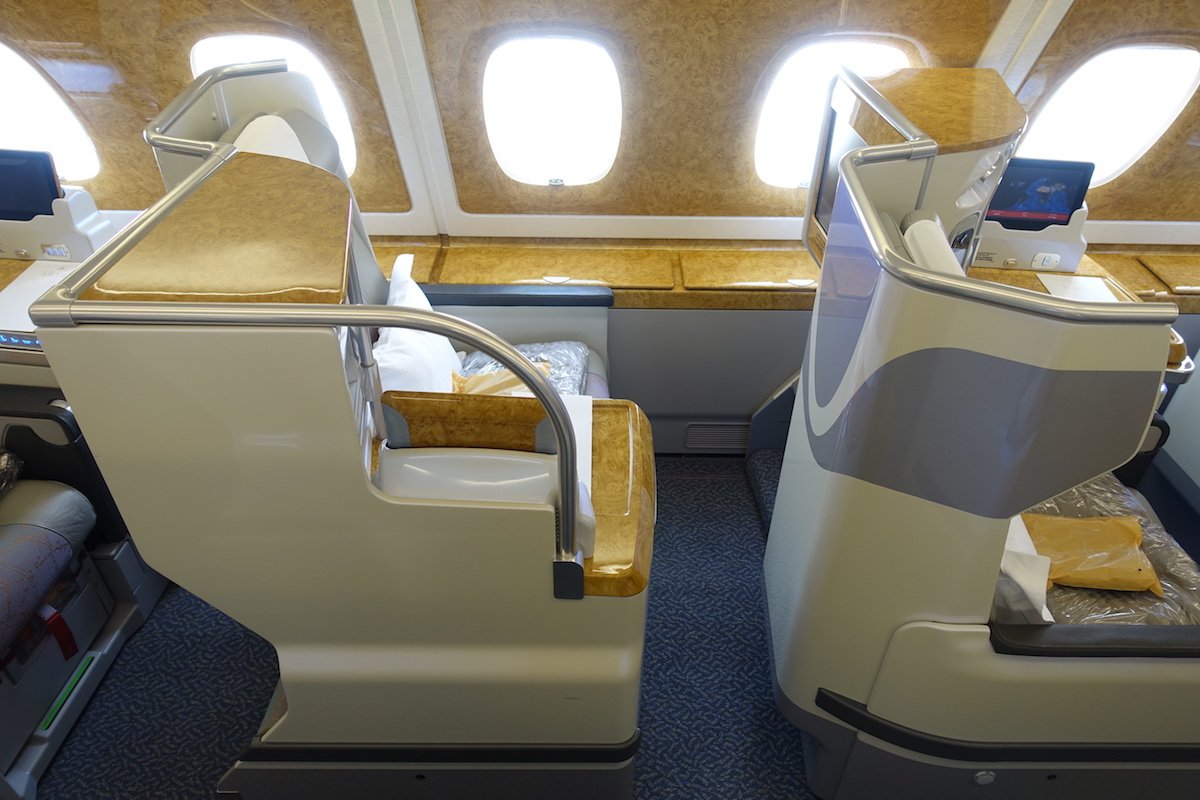 However, to see this seat introduced on a brand new plane in the 2020s, and for this to be their new business class, is disappointing. That’s especially true when you consider how much innovation we’ve seen with business class seats nowadays, as other airlines introduce seats with doors in business class.

No Bar For The Emirates 777X

It has also been revealed that the Emirates 777X won’t have an onboard bar, unlike the A380. 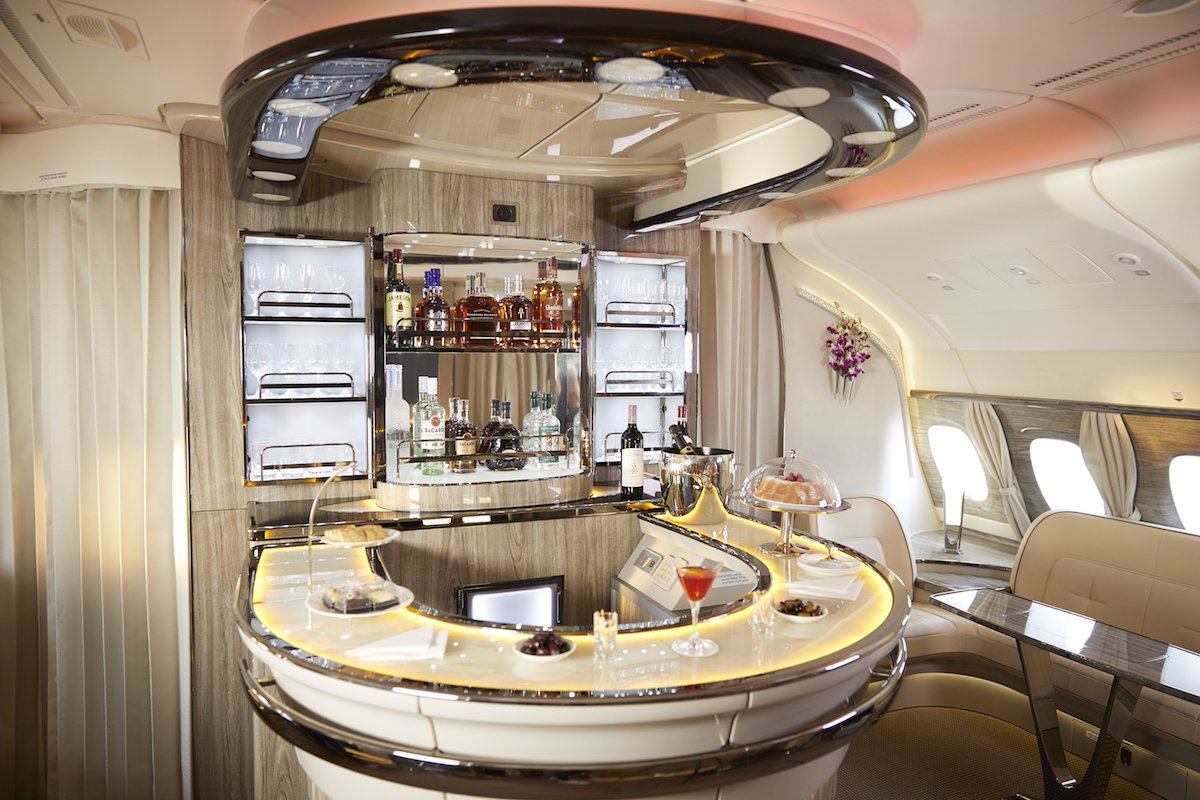 Emirates’ A380 onboard bar

Rather the plane will have a small comfort area in the middle of the cabin. Don’t get excited about this at all — it sounds similar to Emirates’ 777-200LR comfort area, which isn’t that special. 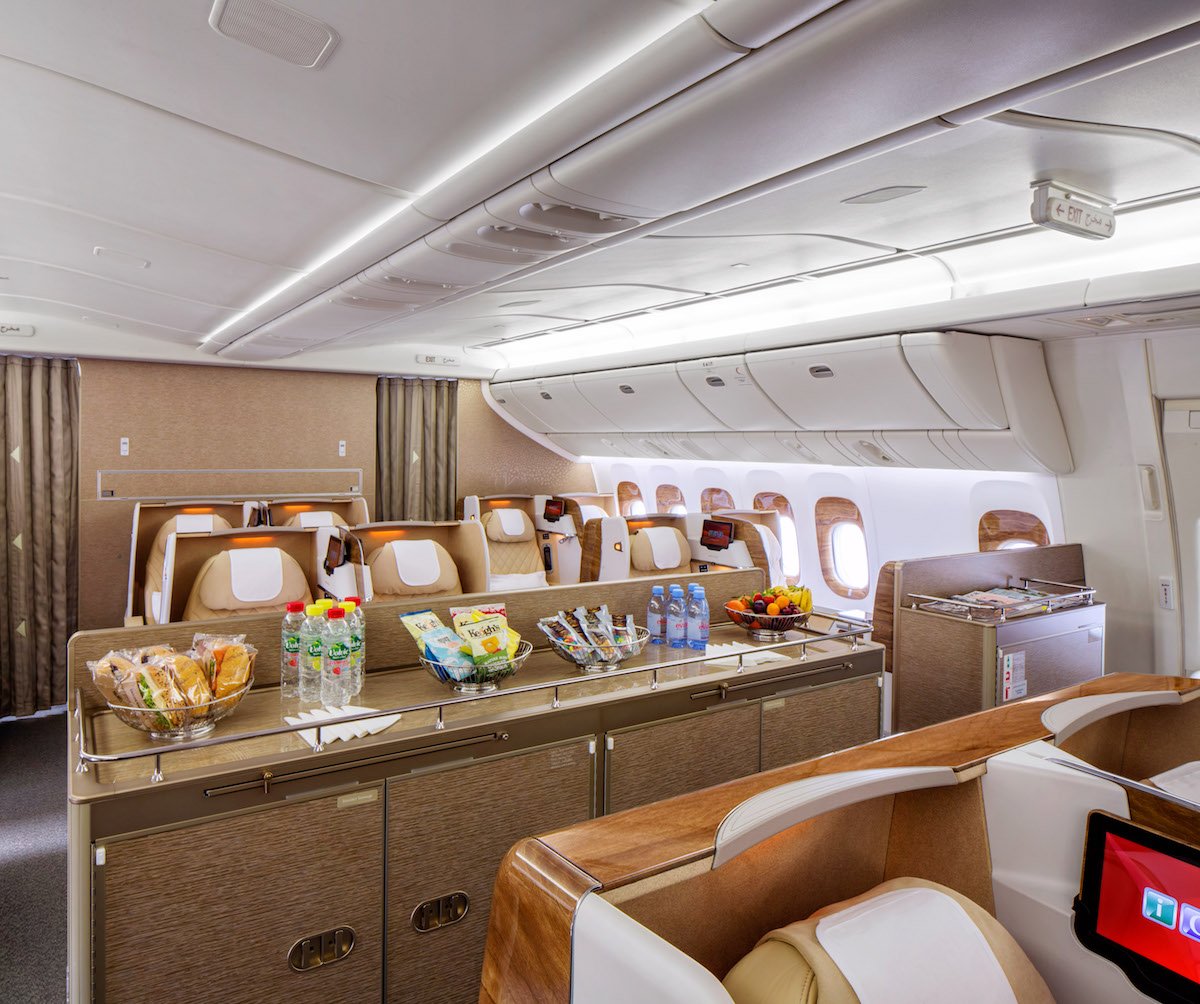 Just over two years ago, Emirates introduced their new first class. As of now fewer than 10 of their planes have these seats. The next planes to get the seats will be Emirates’ 777Xs. So that’s at least good news, that we should see more planes with these seats. 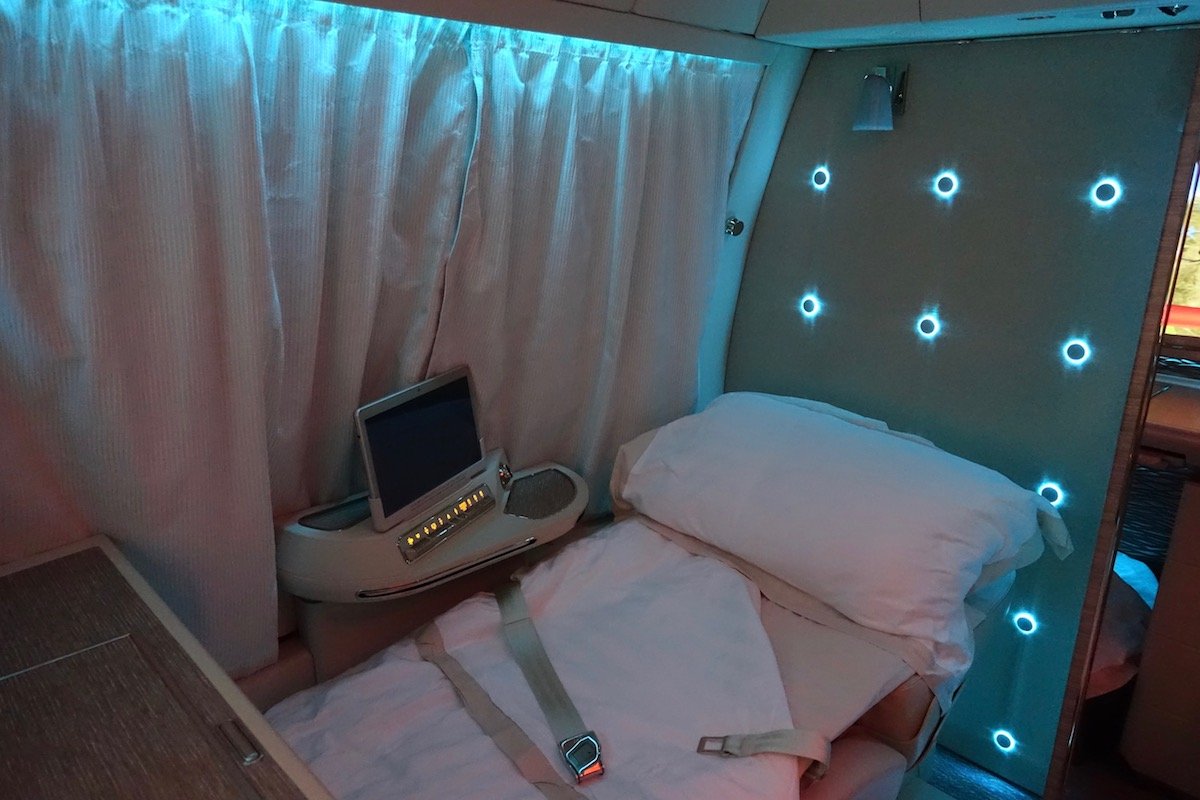 We still don’t know what Emirates’ new premium economy will look like. During the Aircraft Interiors Expo earlier this year HAECO revealed their new “Eclipse Cabin,” and in the press release they noted:

The launch customer − an as yet unnamed Middle East-based airline − will begin flying with the seats in 2020.

So my best guess is that this is the new seat, but I’ve also heard reputable people suggest that it won’t be, so who knows.

Emirates is probably still well over a year from taking delivery of their first 777X, given the delays with the plane. While they haven’t revealed all the details of their 777X cabins, it’s disappointing to hear that the airline essentially plans on using the same business class they have on the A380.

Staggered seats like this are well over a decade old, and with other top airlines (and heck, even mediocre airlines) introducing great business class seats, this seems like a missed opportunity.

Emirates relies so heavily on marketing to maintain their reputation, though I wonder to what extend they’ll maintain that reputation long term, especially when they retire their A380s. What will Emirates be like without bars or onboard showers, and with just mediocre business class seats?

What do you make of Emirates’ 777X business class seat decision?

Very interesting to read through the comments! I can only say from my own experience (and this includes a few flights with The Residence): Emirates hits it out of the park with their Wine selection in First Class! I do like their showers of the A380, I love their new First Class of the 777, but for me it is really about sipping a glass of Chateau Margaux in First Class from time to time to make sure I am booked on Emirates. That's why I always check their wine list before making a decision about which airline to take on private trips, truth be told. And by the way, I like very much their new business seat on the 777, very comfortable (but the food is not that great, though even the French Bordeaux in business was good). Those with complaints about their business class should first check the new 777 out, and also acknowledge that Emirates A380 business seats are much better than (for example) those tired, old seats on Austrian. (I am based in Vienna, so I know Austrian and their mediocre lounges best.) For some reason, I never warmed to Qatar and their seats, even their FC lounge was way too sterile for my personal taste. And for what it is worth: the Champagne/wine selection on The Residence is laughably bad for a product this expensive (when I complained after my flight, they sent me a wine list to choose from for my return flight - but I would have had to pay a lot extra for one of those "nice" bottles (that Emirates offers in "simple" First Class regularly)). #firstworldperks ;)

Never rated Emirates - All hype and marketing a bit like virgin has been for years - biz class seats are average - like a school bus ! And stewards / stewardesses are functional - no personality - like robots Qatar are far better in terms of product / service 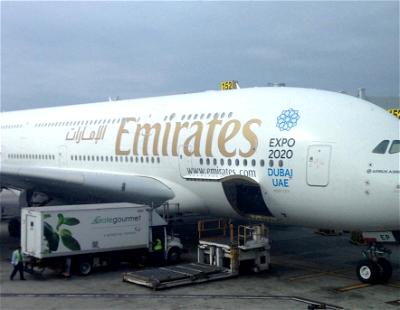