This was first rumored a few days ago, but was just confirmed in Boeing’s first quarter results.

With there clearly not being a market anymore for planes like the A380 and 747-8 (even pre-pandemic), this will likely be the biggest new aircraft we see manufactured in the next decade.

The Boeing 777X has already been delayed

For context, the Boeing 777X was supposed to complete its first test flight in mid-2019, but that ended up being pushed back to early 2020. This delay was due to issues with the GE9X General Electric engines on the plane. These are the largest engines ever on a commercial plane, though they were having durability problems, causing a delay in certification.

That wasn’t the only issue, though — during the 777X certification process, a door also blew off during a stress test. But that was only the start of the issues. With all the drama surrounding the 737 MAX, Boeing is now facing a much more stringent certification process for the 777X.

It goes without saying that lots of airline customers aren’t at all pleased with these delays, as they’ve been relying on Boeing’s timeline for their fleet planning. Delaying deliveries by five years (and counting) isn’t exactly ideal.

Boeing is now targeting late 2024 for certification of the Boeing 777X, with deliveries expected to start in early 2025. This is “based on an updated assessment of the time required to meet certification requirements.” At this point that’s the best case scenario, it sounds like, so who knows how much worse it will get. This latest update represents a roughly one year delay over the timeline we had last year.

As you can see, the latest delay comes down to having a more realistic timeline for getting the Boeing 777X certified. Prior to this latest update, Boeing hoped to get the 777X certified by the end of 2023. In a March 2022 letter, the Federal Aviation Administration (FAA) warned that Boeing’s timelines were “outdated and no longer reflect the program activities.”

Because of this further delay, Boeing is also temporarily pausing Boeing 777-9 production through 2023. This is being done in order to minimize inventory and the number of airplanes requiring change incorporation.

It’s pretty amazing what a mess Boeing is in. First there were the 737 MAX issues, then Boeing hasn’t been able to deliver 787s for the past several months, and now the 777X is delayed by at least five years or so.

Why the 777X delay matters for passengers

It’s not just airlines that should care about Boeing 777X delivery delays, but passengers should as well. Many airlines were going to use the 777X as their new flagship aircraft, and were going to introduce all new cabins on these planes. For example:

Boeing doesn’t expect to deliver its first 777X until early 2025 at the earliest, representing a roughly five year delay over the initial delivery timeline. Boeing has faced a variety of issues, from engine and testing problems, to generally more stringent certification guidelines from the FAA.

This is disappointing not just for airlines, but also for passengers, given the new onboard products several airlines plan to introduce on these jets.

Are you surprised to see Boeing push back 777X deliveries to early 2025?

Boeing executives moved company HQ to Chicago to escape being constantly harangued by engineers when those engineers foresaw a problem. Now, instead of storming in from next door to shove a document under some executive’s nose, an engineer needs to procure an appointment and make travel arrangements just to speak to someone who can correct a problem. Ever since this relocation, Boeing has had huge problems with every commercial airplane they’ve introduced. Coincidence?

Time for the board to fire a ton of upper management, and move the HQ back to Seattle. You cannot manage effectively without walking the production area

Agreed, they should move the corporate office back to Seattle.

59
Boeing Gives Up On New Midsize Airplane (For Now) 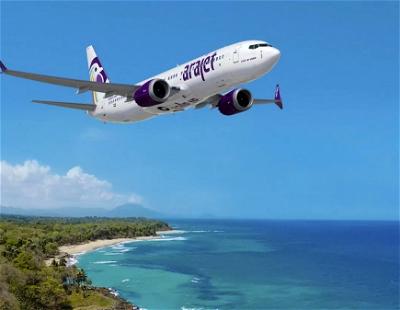