Lufthansa is continuing to modernize its fleet by opportunistically picking up planes when there’s a good deal. Back in October we first learned that Lufthansa would be acquiring some used Airbus A350s, which has some interesting implications for the passenger experience. These planes have now been scheduled for next summer, so they could be worth seeking out if you plan on crossing the Atlantic.

Lufthansa is accelerating the modernization of its long haul fleet by leasing four additional Airbus A350-900 aircraft. These planes are expected to enter service with Lufthansa as of the summer 2022 schedule, which starts in late March 2022. The airline currently has 17 A350s, so with these four additional planes, Lufthansa’s A350 fleet will be up to 21 aircraft as of the summer of 2022.

Here’s how Dr. Detlef Kayser, a member of the Lufthansa Board, describes this lease decision:

“The Airbus A350 is one of the most modern aircraft of our time. Extremely fuel-efficient, very quiet and much more economical than its predecessors. Our customers appreciate not only the sustainability but also the premium flight experience with this aircraft. The lease agreements allow us to remain flexible in fleet planning and make the most of exceptional market opportunities.”

Lufthansa Group has gone on quite the Airbus A350 and Boeing 787 shopping spree lately:

It seems clear that the initial order was part of pre-pandemic long-term fleet planning, while the order from earlier this year, as well as these four A350 leases, are simply the airline taking advantage of market opportunities as a result of the pandemic.

Where are these A350s coming from?

These four Airbus A350-900 leases are coming from Philippine Airlines. The Manila-based airline is currently in bankruptcy, and as part of that the company is significantly scaling back its fleet, including getting rid of most A350s.

All of that makes sense, and explains why Lufthansa is able to get these planes on short notice, since Philippine Airlines is looking to dump these planes ASAP.

What business class product should we expect?

Lufthansa won’t be making major changes to the cabins on these planes. Rather we should just expect some minor cosmetic changes, but that’s about it. That means Lufthansa will be flying the former Philippine Airlines A350s in the same configuration they currently offer. For context, these planes feature 295 seats, including:

As a point of comparison, Lufthansa’s current A350-900s feature 293 seats, including:

So while the overall seat counts are similar, the distribution of cabins is quite different, with a huge reduction in the number of business class seats. For those in business class, these Philippine Airlines planes represent a huge passenger experience upgrade. Lufthansa’s current A350 business class leaves a bit to be desired…

Then the latest five Boeing 787-9s that Lufthansa ordered were also intended for another airline, and Lufthansa intends to keep the business class product that was installed on those planes. While there hasn’t been official confirmation, my guess is that at least some of those planes were intended for Vistara, in which case we can expect yet another new staggered business class product. These planes will also join Lufthansa’s fleet in the first half of 2022.

So yeah, ultimately all of these new business class products represent an improvement over the old one, though the inconsistency sure is noteworthy.

Which routes will these A350s fly?

Lufthansa has had quite the summer 2022 schedule update in the past 24 hours, between bringing back A340-600s with first class, and launching a new route to St. Louis. Lufthansa has also loaded these new A350s into the schedule. Between late March and the end of May 2022, these A350s will fly from Munich (MUC) to:

At least these routes show the seatmaps for these planes, where business class is in a 1-2-1 configuration. The planes haven’t yet been loaded in the schedule beyond that, though I wouldn’t be surprised to see these routes maintain those cabins throughout summer.

Lufthansa is picking up a further four Airbus A350s, which will enter service with Lufthansa as of March 2022. The planes will initially fly to Lufthansa’s Canadian destinations, including Montreal, Toronto, and Vancouver. All of these are A350s that were being operated by Philippine Airlines, which is currently in bankruptcy.

Lufthansa doesn’t intend to modify the cabins of these planes significantly, meaning that Lufthansa will soon be operating some A350s with Vantage XL staggered business class seats.

What do you make of Lufthansa’s newest A350 acquisition, and in particular the new cabins?

haha actually you are giving the answer to your question yourself. SIN, SFO, LAX and also for example NYC are super strong business markets in which LH for sure doesn't want to loose 40% of their business seat capacity. I have insight into LH, LX and OS seat occupancy numbers and trust me, those destinations are always full in J, notwithstanding the mediocre business class. CAN Destinations however are very often overbooked in Y and not full in J, so their strategy is perfectly reasonable. 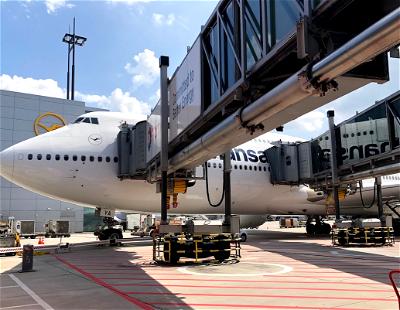 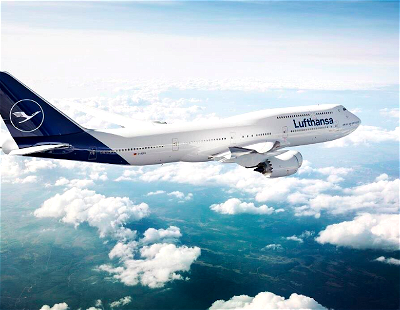 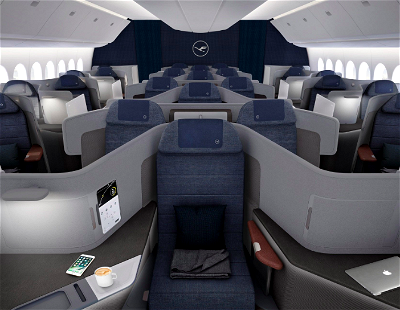