19
Share
Tweet
In the interest of full disclosure, OMAAT earns a referral bonus for anyone that’s approved through some of the below links. The information and associated card details on this page for the Alaska Airlines Visa Signature® Card has been collected independently by OMAAT and has not been reviewed or provided by the card issuer. These are the best publicly available offers (terms apply) that we have found for each product or service. Opinions expressed here are the author's alone, not those of the bank, credit card issuer, airline, hotel chain, or product manufacturer/service provider, and have not been reviewed, approved or otherwise endorsed by any of these entities. Please check out our advertiser policy for further details about our partners, and thanks for your support!

Inflight Wi-Fi has come a long way over the past several years. Back in the day inflight Wi-Fi was the exception rather than the norm, though things have changed significantly. Not only have we seen inflight Wi-Fi availability increase significantly, but speeds have also been greatly improved. Many of us can now be as productive in the air as on the ground (which is one of the reasons I value flying first class, since it gives you some extra space to be productive).

How to score discounts on inflight Wi-Fi

While for the most part Wi-Fi isn’t that ridiculously priced (at least when you consider that you’re in a metal tube going 500 miles per hour seven miles above the earth’s surface), there are still some opportunities to save money.

Some of the better ones have come and gone, so in this post I wanted to look at six ways you can save on inflight Wi-Fi. In no particular order…

Use an airline credit card benefit

Gogo has variable pricing once you’re onboard a flight, and prices can differ substantially based on the route, airline, day of the week, etc. One way to lock in a certain price is to buy a Gogo pass in advance. Gogo sells two types of passes in advance for travel on Alaska and Delta:

The passes are all valid for a year from when they’re purchased. The one hour pass isn’t that great of a deal, while I’d say that in most cases the 24-hour pass represents significant savings, especially if you’re taking multiple flights (they do all have to be on the same airline, though).

In some cases airlines will also sell Wi-Fi passes in advance, so keep an eye out for that.

There are also some opportunities to buy monthly Wi-Fi subscriptions in advance. In some cases these passes are sold directly by airlines, and in some cases they’re sold by Wi-Fi providers.

For example, Gogo sells monthly Wi-Fi passes for Alaska and Delta. This can make sense if you’re a very frequent traveler on a particular airline. The options are as follows:

United Airlines also sells Wi-Fi subscriptions, and the options are as follows:

Use your T-Mobile Wi-Fi benefit

T-Mobile has a partnership with Gogo, which works on select Alaska, American, and Delta planes:

If you want high-speed Wi-Fi but don’t want to pay at all, then fly an airline with free Wi-Fi. Two airlines that come to mind as being revolutionary in that regard are JetBlue and La Compagnie. They both offer free high-speed Wi-Fi to all of their passengers with no data caps, provided by Viasat. They’re pretty exceptional in that regard.

There are some other airlines offering free Wi-Fi, though either with data limits, or the speeds aren’t that good.

On a larger scale, some airlines are working towards offering free Wi-Fi. For example, Delta is actively working towards this, and I imagine other airlines will follow Delta’s lead. However, it might be a while until that becomes a reality.

Restrictions vary — some airlines offer unlimited free Wi-Fi, while others have data caps.

Inflight Wi-Fi has come a long way, and I imagine it’s only a matter of time until it’s free on a widespread basis. In the meantime, there are options that can save you some money compared to the “sticker price” you see for Wi-Fi onboard.

Personally I have T-Mobile, so that gets me free Wi-Fi on my mobile device on all Gogo equipped aircraft. I also have a monthly Wi-Fi subscription with American Airlines, since that’s my primary airline in the US. I have a two device plan, which works great, since Ford and I typically travel together. Then for Alaska and Delta I’ll typically purchase a day pass in advance.

Other than that, I’ll typically just pay “out of pocket” for Wi-Fi once onboard.

Are there any other tips for saving on inflight Wi-Fi that I missed?

About the UA lounge access situation, my approach to addressing it trumped the general consensus, so, Q.E.D., again. <blockquote>I don't think it's fair to call out people who play by the rule in good faith as lack imagination, or inflexible. Some people ethically avoid "dicey and cannot be disclosed publicly" situations.</blockquote> A clear <i>non sequitur</i>. You are assuming that by 'dicey' I meant unethical or illegal. Wrong again. It is no more 'unethical' than the fact that inflight wifi triggers the credit for UA but not for other airlines. It simply means that one tries different things to see what works, e.g., paying for the UA Club membership with the Aspire for the first and finding out that the travel credit kicked in to cover part of it. The reason for not promoting them publicly is that it is unclear why some work, so better to avoid spreading misinformation or endorsing something that works because it is a fluke...(not unethical or illegal) I have no use for Equinox either, but that does not make the card 'useless'. In short, I stand by my statement that the constant complaints about these or other credit card benefits are from people who lack imagination, are inflexible or expect everything to be delivered to them on a silver platter, or all of the above. They cannot be taken seriously. I am done here.

"Yup, my logic often does not agree with general consensus because the latter is usually wrong." And you can bet this statement with the general consensus. LOL. "Other examples of how to use the credit are rather dicey and cannot be disclosed publicly... :-)" That is exactly how people who used up their credits, had to do. Amex didn't design this $200 to be used up. Those who refuse or ignore to get dicey, will complain about Amex's perfect design. I personally think Aspire cards have a great value, to those who can use them. I personally think Equinox credits are useless, even to those who can use them. I don't think it's fair to call out people who play by the rule in good faith as lack imagination, or inflexible. Some people ethically avoid "dicey and cannot be disclosed publicly" situations. The *G lounge access is a bit irony too. I actually flew a lot more UA back when A3 giving out *G a lot easier. Basically UA lost most of my flights because of A3. 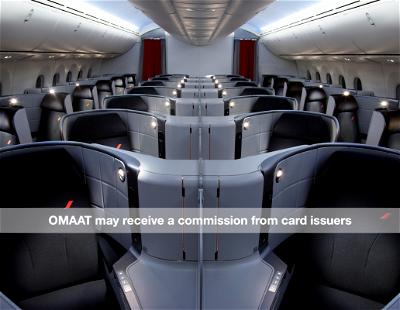