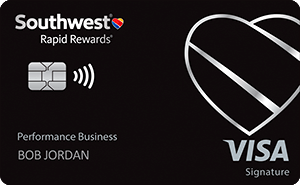 0
Share
Tweet
In the interest of full disclosure, OMAAT earns a referral bonus for anyone that’s approved through some of the below links. These are the best publicly available offers (terms apply) that we have found for each product or service. Opinions expressed here are the author's alone, not those of the bank, credit card issuer, airline, hotel chain, or product manufacturer/service provider, and have not been reviewed, approved or otherwise endorsed by any of these entities. Please check out our advertiser policy for further details about our partners, and thanks for your support!

Chase and Southwest have a portfolio of co-branded credit cards. I’d argue that the Southwest® Rapid Rewards® Performance Business Credit Card is Southwest’s most compelling credit card. In this post, I wanted to explain why, between the huge bonus and valuable ongoing perks.

There are lots of things to love about the Southwest Performance Business Card — a great welcome bonus, excellent perks that can cover the cost of the annual fee over and over, and more. New perks were even added to the card in late 2021, making it even more compelling than before. Let’s cover everything you need to know about the card.

Southwest has a revenue-based frequent flyer program, and as a general rule of thumb, you can expect that you’ll need to redeem 83 Rapid Rewards points for each dollar of airfare. In other words, each Rapid Rewards point gets you roughly 1.2 cents toward the cost of a Southwest Airlines ticket.

One of the best values in travel is the Southwest Airlines Companion Pass, and the welcome bonus on the card gives you a fantastic head start toward that.

The Southwest Performance Business Card has a $199 annual fee, making it the highest annual fee Southwest Airlines credit card. However, it also comes with plenty of perks that justify it, in my opinion, including what’s possibly my favorite benefit offered by any Southwest Rapid Rewards credit card ever.

The Southwest Performance Business Card has no foreign transaction fees, so it’s a good card to use for purchases abroad. These are some pretty solid bonus categories, though in general, I would only use this card for everyday spending if trying to earn Southwest Airlines Companion Pass or A-List status.

Just for having the Southwest Performance Card, you’ll receive 9,000 Rapid Rewards points on your account anniversary every year. As I said above, Southwest points can be redeemed for ~1.2 cents each toward airfare, so that’s the equivalent of ~$108 toward airfare annually.

It can take up to eight weeks for these purchases to be reimbursed, though typically you’ll find the credits post faster than that. The price of upgraded boardings varies by flight, so it’s hard to put a dollar value on this benefit.

In addition to being able to earn Companion Pass through spending on the card, the Southwest Performance Card also lets you earn unlimited Tier Qualifying Points (TQPs). Specifically, you can earn 1,500 TQPs toward A-List status for every $10,000 spent on the card.

For having the Southwest Performance Card you receive a credit of up to $100 toward TSA PreCheck or Global Entry. You can take advantage of this benefit once every four years.

On an ongoing basis, the card is worth it as well. It has a $199 annual fee but offers 9,000 points per year (which I value at ~$108), plus four upgraded boardings per year, an incredible Wi-Fi benefit, and more. This card should pay for itself for anyone who flies Southwest often.

On the most basic level, the Southwest Performance Card has an annual fee that’s $100 higher, but it offers:

If you’re instead looking for a personal Southwest Airlines credit card, the best option is the Southwest Rapid Rewards® Priority Card (review), hands down. The card has a $149 annual fee and offers the following on an ongoing basis:

The anniversary bonus points and annual travel credit alone more than justify the card’s annual fee, and everything else is just the icing on the cake.

The Southwest Performance Business Card is exceptional, and I’d argue it’s the single best Southwest Airlines credit card. In addition to the huge bonus of 80K points, the card also offers 9,000 anniversary bonus points, 365 Wi-Fi credits per year, four upgraded boardings per year, a $500 credit toward points transfers every anniversary year, and more. The value of that should add up quickly if you fly Southwest frequently.

If you want to learn more about the Southwest Performance Business Card or want to apply, follow this link. 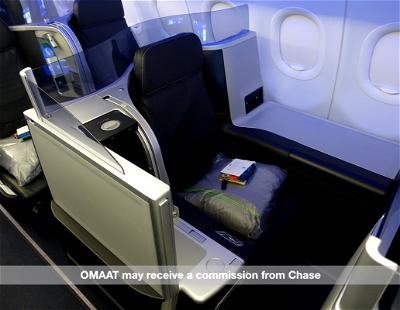