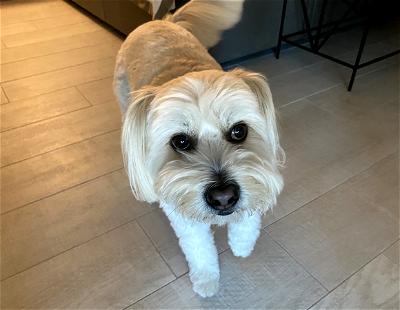 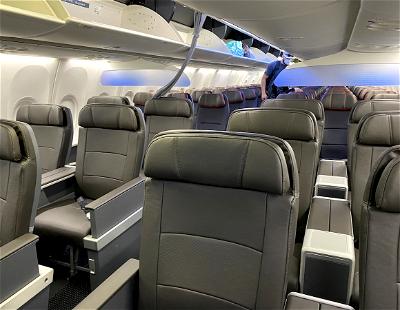 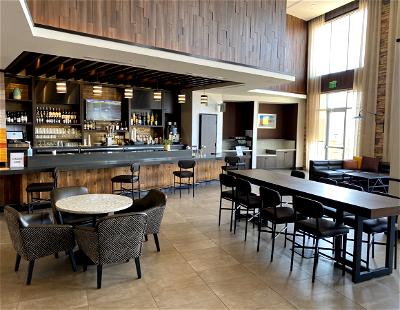 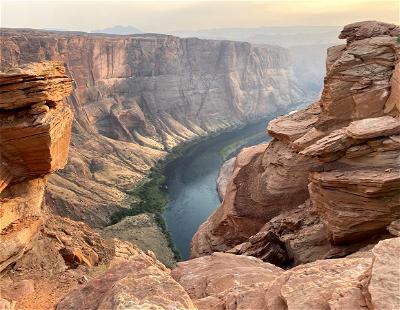 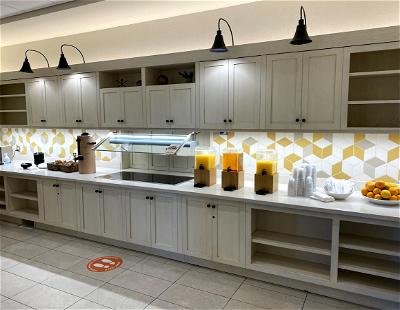 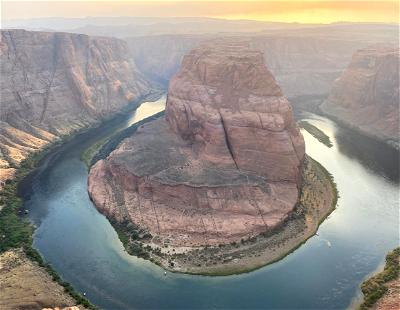 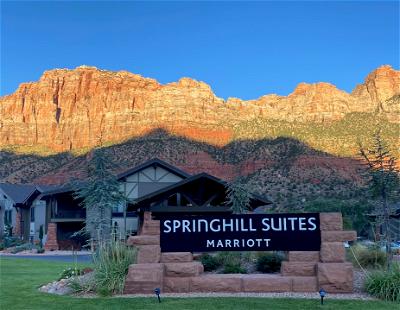 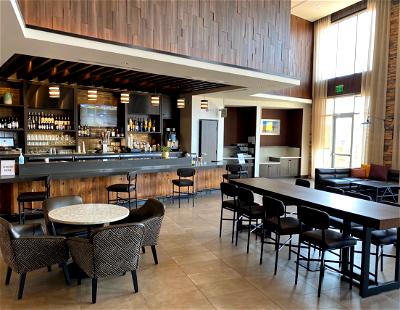 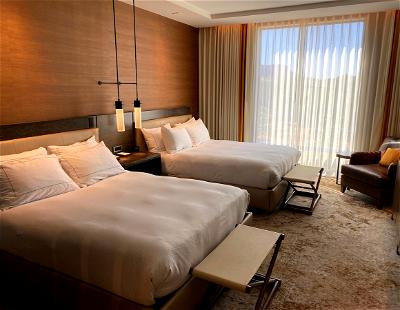 In mid-June I took my first trip in well over three months. In total I flew three segments — on the outbound I flew from Miami to Las Vegas, and on the return I flew from Grand Junction to Dallas to Miami.

I’ve already written about some aspects of the flying experience, including what American Airlines first class service is like nowadays, and the general challenge airlines have enforcing face mask policies.

In this post I wanted to zoom out a bit and address my overall take on flying in the coronavirus era — did flying feel safe?

It goes without saying that I’m not a doctor or epidemiologist. I’m not here to provide expert analysis on whether flying is actually safe nowadays, but rather want to share what airlines are telling us, how flying made me feel, and how my experience will inform my airline choice going forward. I think this is particularly interesting to address as we see airlines take differing approaches to blocking middle seats.

Why airlines tell us that flying is safe

When the coronavirus pandemic first started, many assumed that airplanes must be among the least safe places to be. Over the past several months, airlines have tried to convince us otherwise.

Airlines have improved cleaning across all aspects of their operations, they’ve reduced service to limit human interaction, and they’ve started to require employees and passengers to wear masks.

Still, lots of people have a hard time believing that an airplane is a safer environment than other indoor spaces. What makes airplane cabins unique is that air is never static, and most commercial aircraft have high-efficiency particulate air (HEPA) filters, which capture most airborne particles. You can read an explanation from IATA about why these filters are so important.

Perhaps what’s most interesting is that relatively few coronavirus outbreaks have been linked to planes. Given how many millions of people have been flying, that’s pretty remarkable. That’s not to say that it doesn’t happen, but it’s still impressive how few transmissions are linked directly to planes (the same can’t be said for restaurants, churches, etc.).

Did I feel safe flying?

After taking three flights on American Airlines, the answer to that is yes…ish. But I don’t necessarily think it would have been that way under different circumstances. 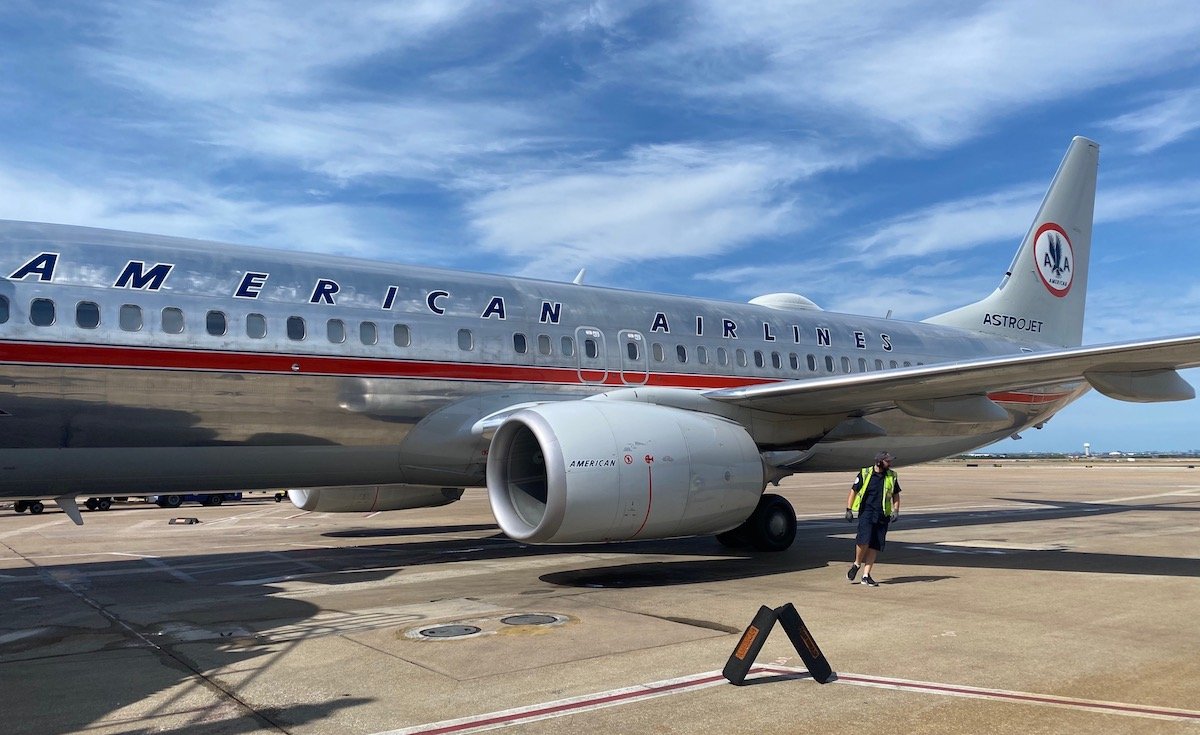 In theory what makes me most uneasy about flying is the lack of control I have over my environment. If I feel unsafe in a restaurant (or virtually anywhere else), I can just get up and leave. That’s not really an option on a plane.

If a flight is 100% full and the person next to you is coughing constantly and/or not wearing their mask correctly, there’s not a whole lot you can do.

We know that wearing masks helps a lot with slowing the spread of coronavirus, and we hope that everyone around us is wearing masks properly. While passengers are supposed to wear masks:

We were lucky in the sense that our upgrades to first class cleared on all three of our flights. I sat next to Ford on all flights, so we didn’t have any seatmates. I was put at ease by the fact that I felt like I had some control over our situation. 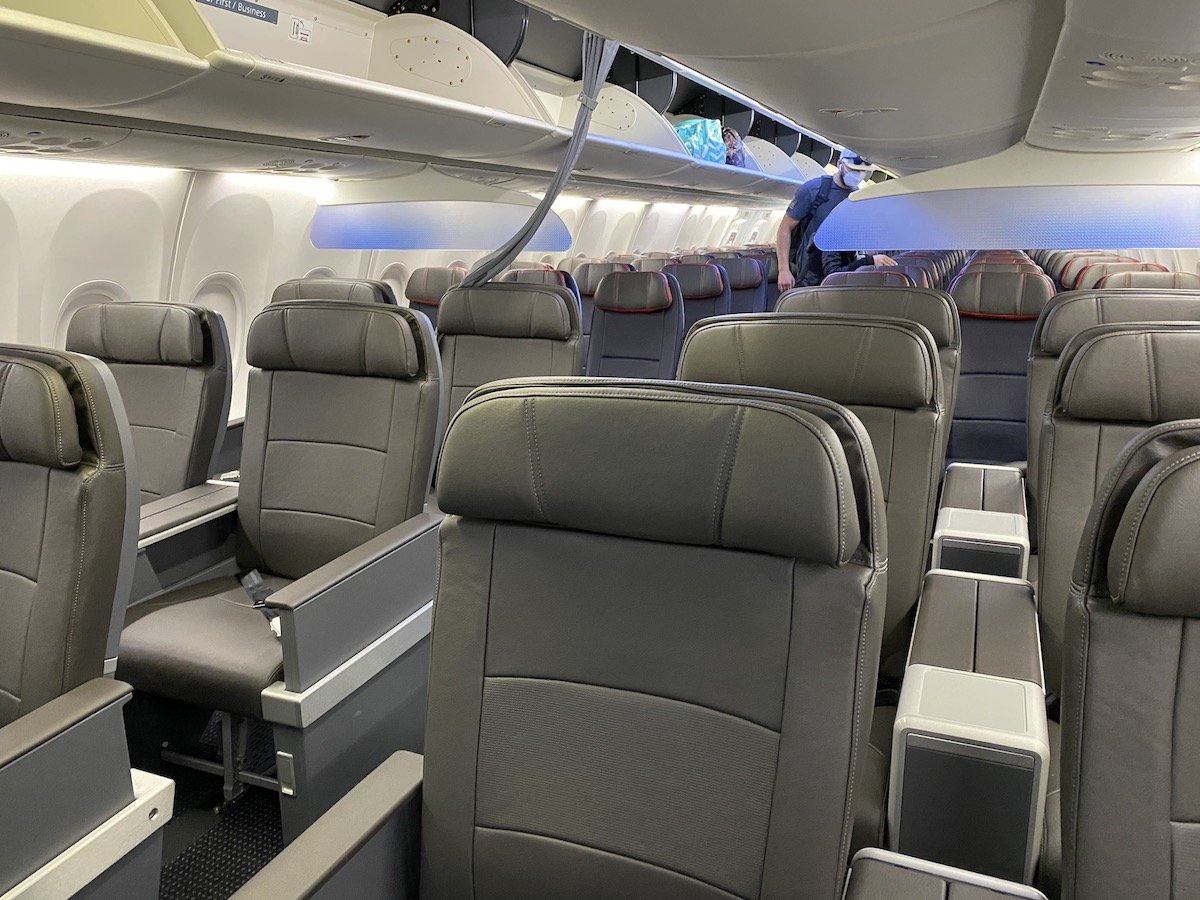 While we were still within six feet of other people, we at least had some separation, and we weren’t directly facing anyone (since everyone faces forwards).

However, let me say this — this experience made me really appreciate that airlines like Alaska, Delta, JetBlue, and Southwest, are blocking middle seats.

I would feel incredibly uneasy if I were in a regular economy seat on a flight that’s 100% full, sitting next to a stranger. That’s especially true if the person next to me then takes off their mask for extended periods of time to eat or drink. 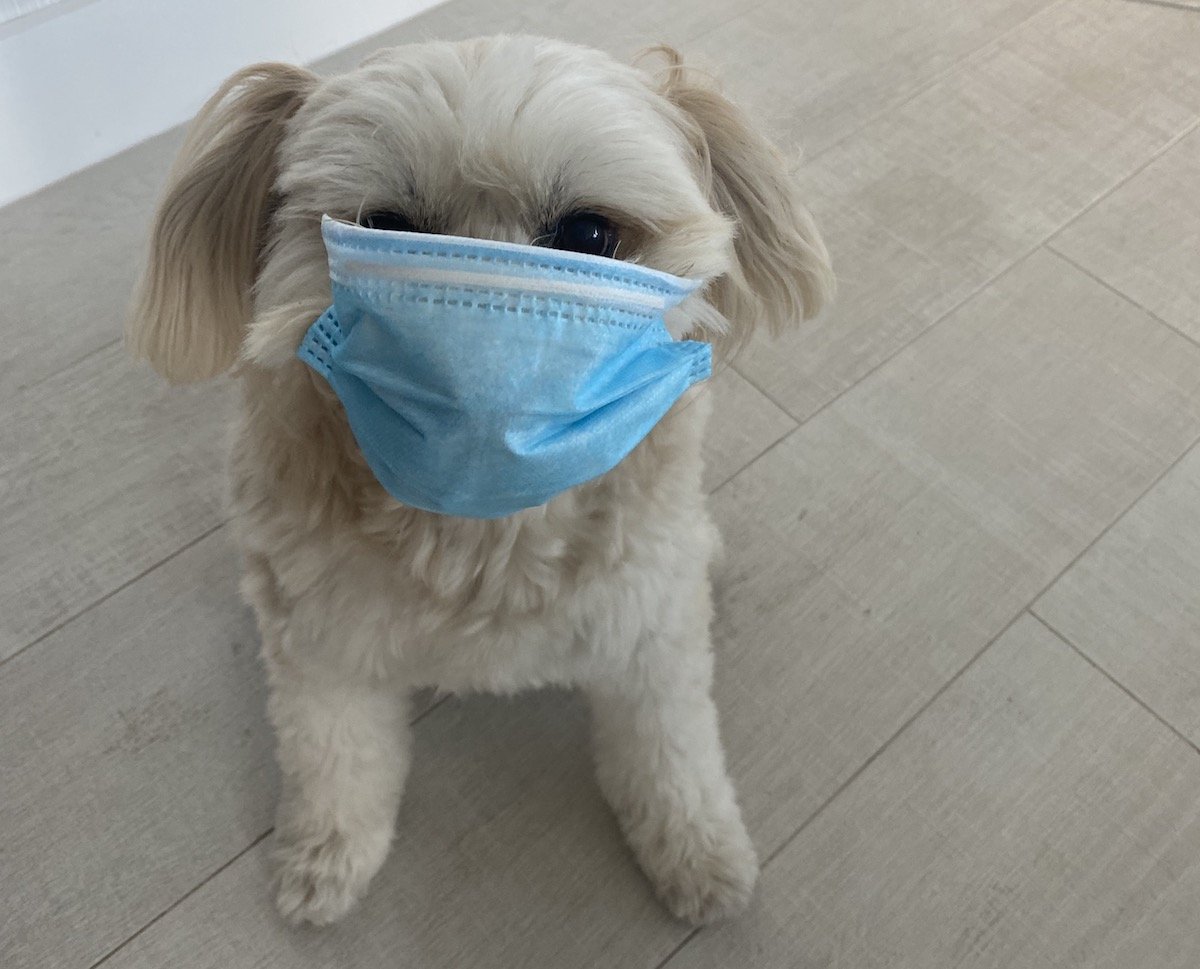 If Winston can wear a mask correctly, you can too 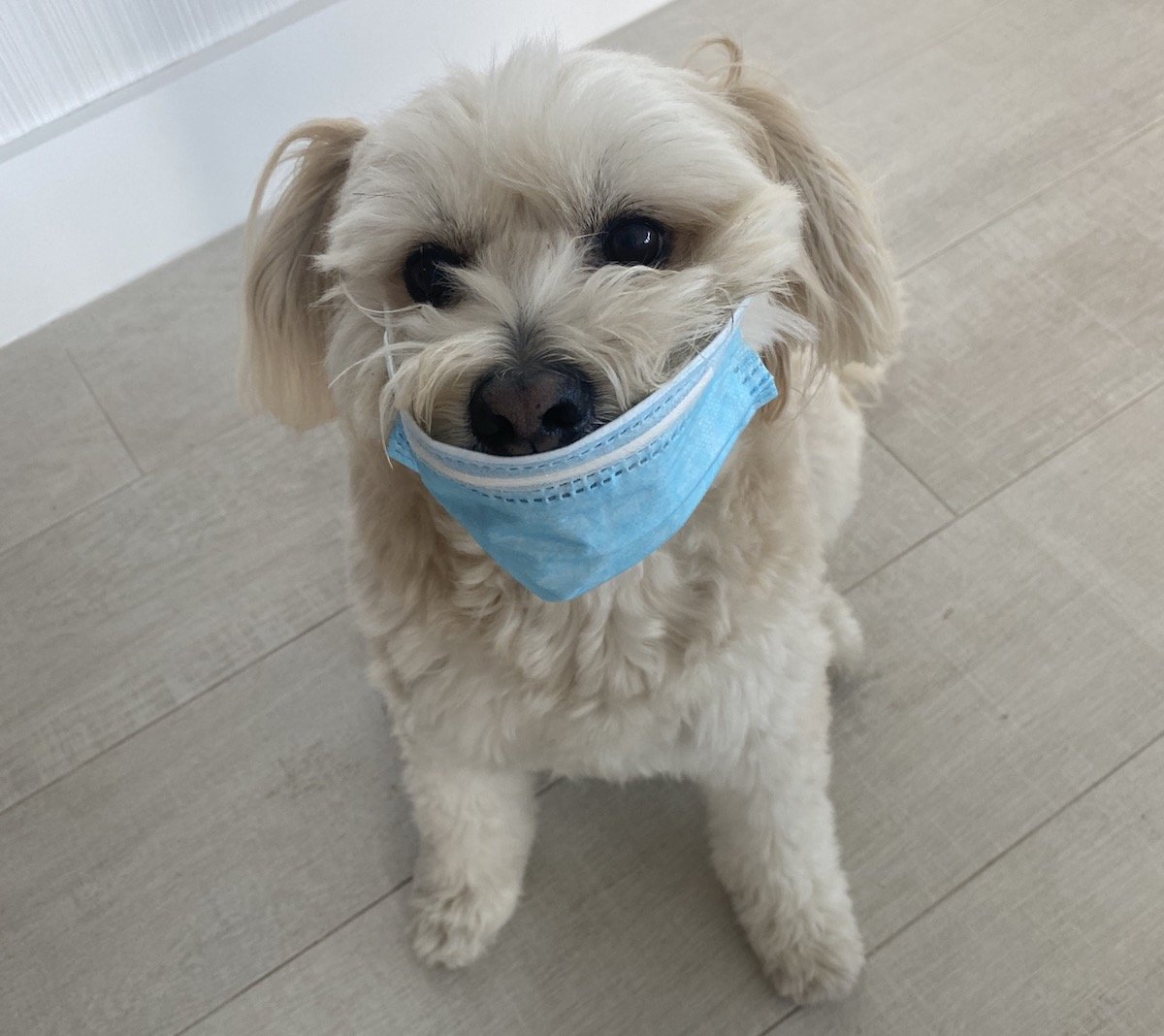 No treats for you, Winston!

I realize I’m lucky that I have airline status so I can often be upgraded. I’m not trying to say “oh, everyone should fly first class,” because I recognize that’s not an option for everyone. However, I have the utmost appreciation and respect for the airlines that are choosing to block seats, and I would specifically seek them out. 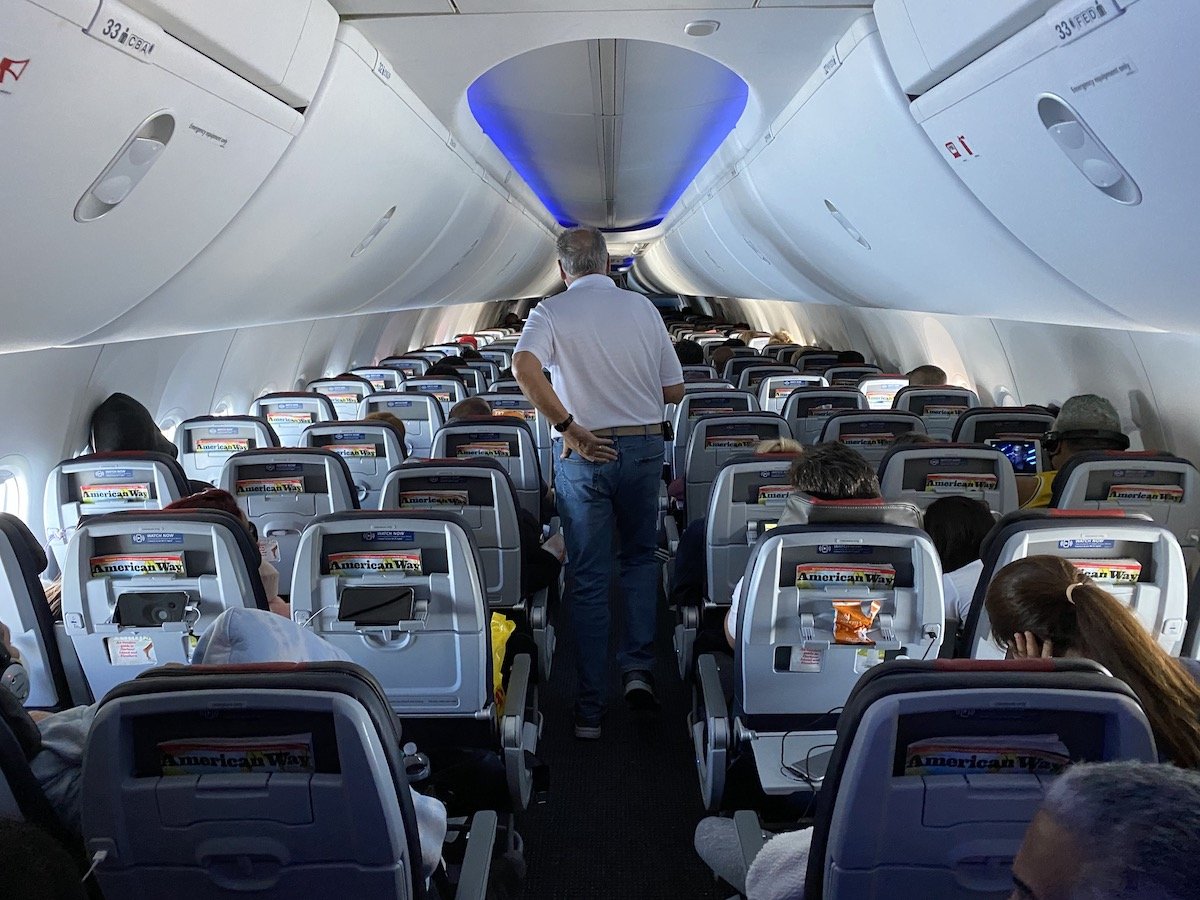 The airlines not blocking seats have argued that the airlines that are blocking seats are exclusively doing so as a PR stunt. Their argument is “well, if they’re not going to provide six feet between passengers there’s no point.” However, scientists have made it clear that some separation is better than no separation. It’s better to be two feet from someone than just inches from them.

When I fly in the future, I’ll do what I can to make sure I’m not stuck in a regular economy seat next to a stranger. For me that means either flying an airline that does block middle seats, doing what I can to secure an upgrade in advance, or if it’s reasonably priced, just outright paying for first class (while you may have a seatmate in first class, at least you’re going to be further apart, since the seats are much wider). 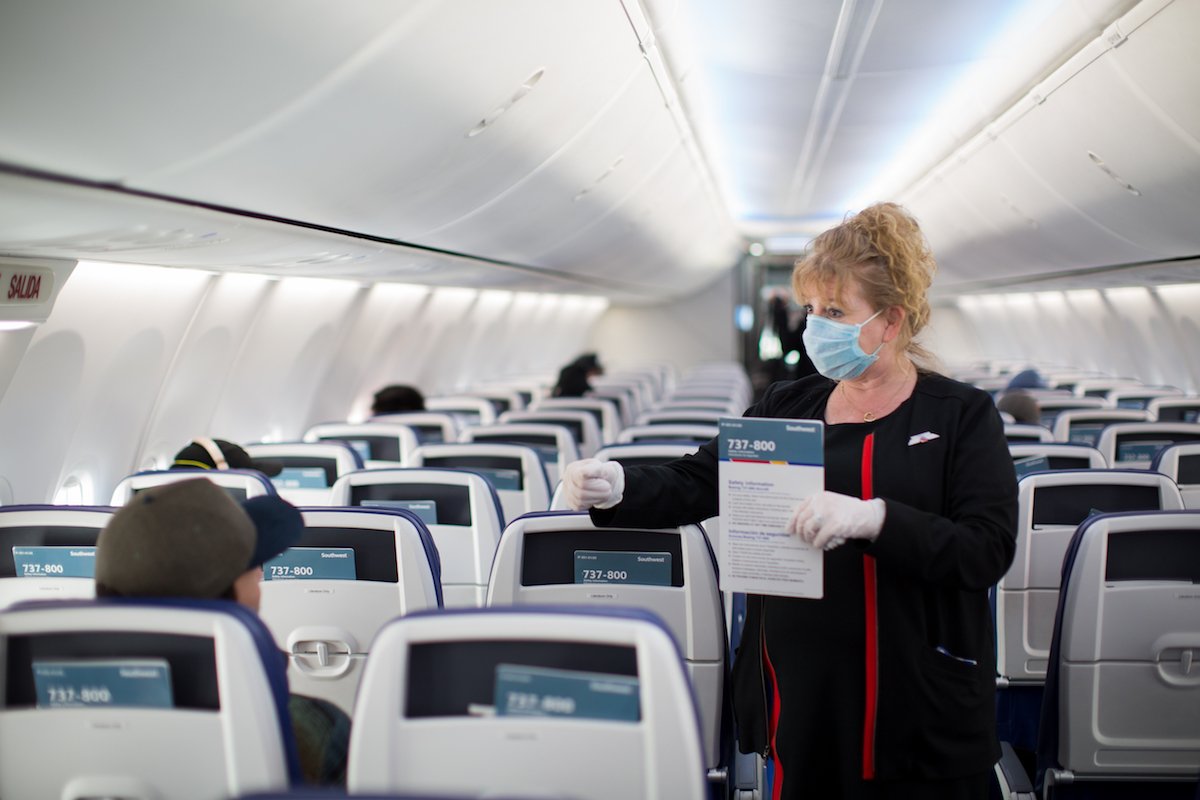 Furthermore, I’d also wear a face shield in addition to a face mask the next time I fly. I’ve started doing this when I have to go to the supermarket. Does it look kind of humiliating? Yes. But the coronavirus is so far from being under control in the US, and it adds yet another layer of protection.

Why flying was surprisingly enjoyable

On a happier note…

You’d think that flying would be extremely unenjoyable at the moment, given the lack of service, face mask requirements, physical distancing, closed lounges, etc. However, I have to say that I was surprised by just how much I enjoyed flying again:

None of that is intended to suggest that everyone should start flying, but rather that just surprised me. Personally the flying experience was much more pleasant than I was expecting. I was just grateful to be able to fly again, which is something I took for granted for far too long. 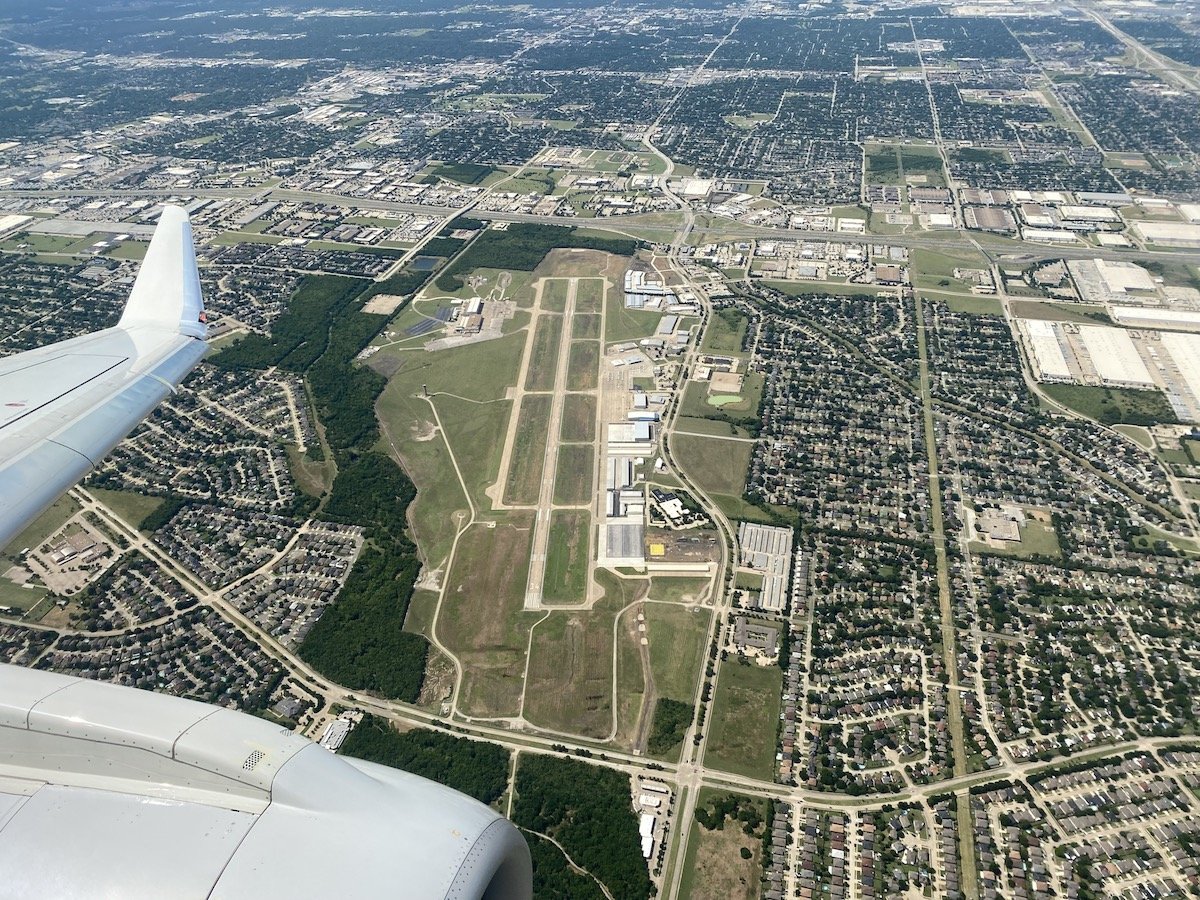 These views never get old

Airlines have come a long way in just a few months with reassuring people that it’s safe to fly. While there’s not necessarily data that suggests flying is “safe,” there’s also not data to suggest that all that many coronavirus outbreaks have been linked to planes.

Being in domestic first class next to Ford put me at ease, because I felt like we had some control over our surroundings. I would have felt very differently if I were traveling alone, in particular if I were in economy seated next to a stranger.

So yes, all things considered I came away from my flights feeling safer than I was expecting. But I would also now do absolutely everything I could to ensure I don’t sit next to a stranger in a regular economy seat, because the lack of control would make me feel uncomfortable.

What’s your comfort level with flying at this point? If you’re willing to fly, are you seeking out airlines that give you more space, or is that not a priority?

Just received my COVID test results! Negative, although it took 11 days in AZ Prior to that test, I had traveled 4 weekends in a row But had social distanced and quarantined since Feb 17 PHX-LAX-MIA MIA-PHX First class on AA PHX-SAN SAN-PHX Economy on AA PHX-DFW-AUS AUS-PHX Economy on AA PHX-DFW-MSY ECONOMY AA MSY-ATL-PHX Economy/1st on delta Delta felt the safest by far AA had their flights 90-100% full I believe planes are going to be a little safer than my local Kroger’s. Back to self quarantine!

"It’s time to get back to living. I rather risk getting a virus we with a 99% survival rate for healthy people." - sure let's just let millions die because this guy wants to get back "to living". Maybe if dumbass people like this stayed home for a few weeks and socially distanced and wore facemasks we could all get back to living. By the way like 20% of people get soo ill that they have to be freakin hospitalized. The rest of the people are not all asymptomatic either. Having had friends go through it, its the worst illness they have ever dealt with in their lives. Not to mention there are still significant questions about the long term effects of this virus. There is a very real possibility who catch this disease even if they recover will end up having their life expectancy drastically shortened. I'm sorry that you are soo concerned with getting "back to living" that you are willing to have many others die now and as well prematurely in the future. Its funny how many other countries in the world were able to get the virus under control and get back to a normal life and yet in the midst of it all we still have covidiots demanding everything open up when most of the US has totally failed to even deal with this.

"Perhaps what’s most interesting is that relatively few coronavirus outbreaks have been linked to planes. " I don't think this really means anything. Do you know how difficult it is to link cases directly to a plane when you have all those people moving all over the place? The reason its easy to track down clusters to church is because people aren't moving all over the place. They are at home and then they go to church and shopping at the store. They all know eachother. Its very easy to narrow down where they got infected in that case. With a plane you are there with a plane full of strangers who can be from all different countries, who are going to all sorts of places. Not easy to contact trace and whose to say you didn't get it at the airports or your destination etc. People who are flying around are constantly being exposed. I don't find the argument that there have been few outbreaks linked to planes to be persuasive in the least. Even if planes were safer its sure as hell not as safe in the airports on both ends of that flight and even less so if people are travelling and going to hotels etc. Its not like you can teleport in and out of the airplane seat. Florida just posted the highest daily number of new cases of any state and any country in the world at any point in the pandemic. People need to get the message. Now is not the time to travel. 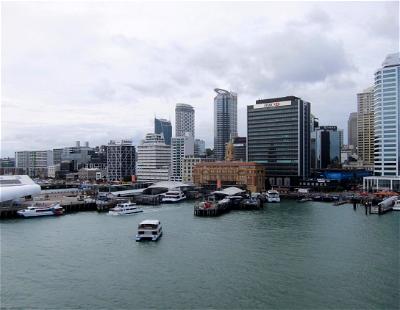 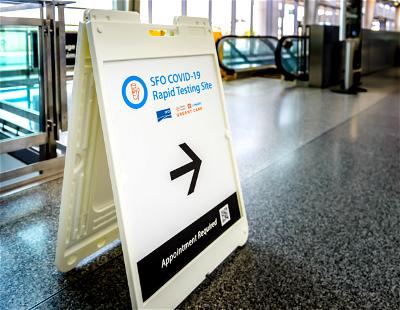