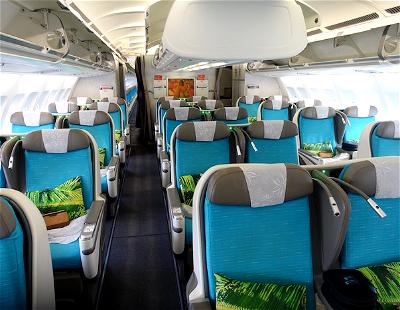 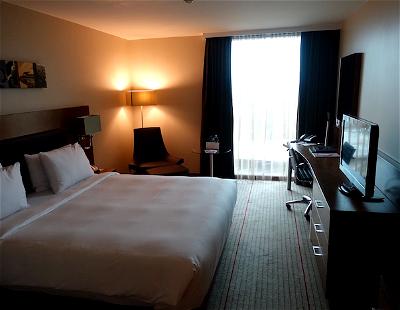 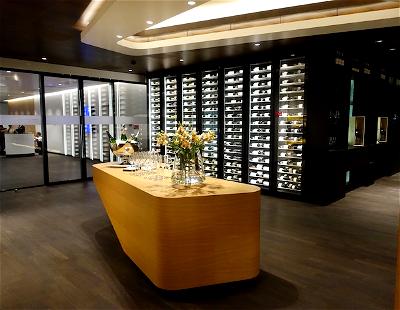 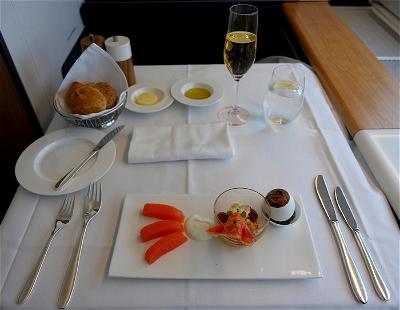 8
Share
Tweet
In the interest of full disclosure, OMAAT earns a referral bonus for anyone that’s approved through some of the below links. The information and associated card details on this page for the Amex EveryDay® Preferred Credit Card has been collected independently by OMAAT and has not been reviewed or provided by the card issuer. These are the best publicly available offers (terms apply) that we have found for each product or service. Opinions expressed here are the author's alone, not those of the bank, credit card issuer, airline, hotel chain, or product manufacturer/service provider, and have not been reviewed, approved or otherwise endorsed by any of these entities. Please check out our advertiser policy for further details about our partners, and thanks for your support!

A Rare First Class Opportunity
More from this series:

Back in the day Swiss was one of the most generous airlines out there when it came to releasing first class award space, and I remember many instances where they made all eight first class seats available as awards. That’s why I had reviewed them a few times in the past, at least going back a few years.

Unfortunately that changed in 2013, when Swiss added a restriction to first class redemptions. As of 2013, only elite members in the Miles & More program can redeem miles for Swiss first class. That’s where the motivation for planning this trip started.

Back in June of this year there was a brief period where Swiss first class became bookable with partner miles. I’m not sure how or why this happened, though it did. 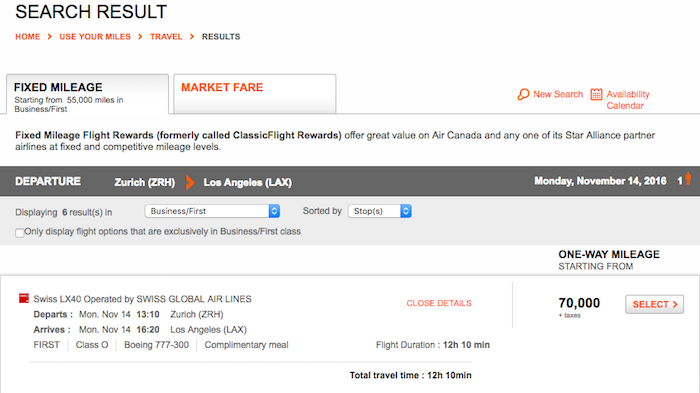 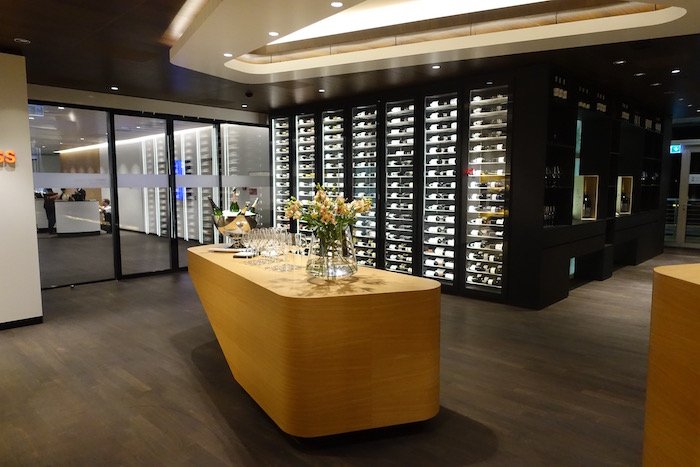 While Aeroplan imposes fuel surcharges for award tickets on some airlines, Swiss isn’t among them, so the total cost of the ticket was 70,000 miles plus $51.57 in taxes and fees. 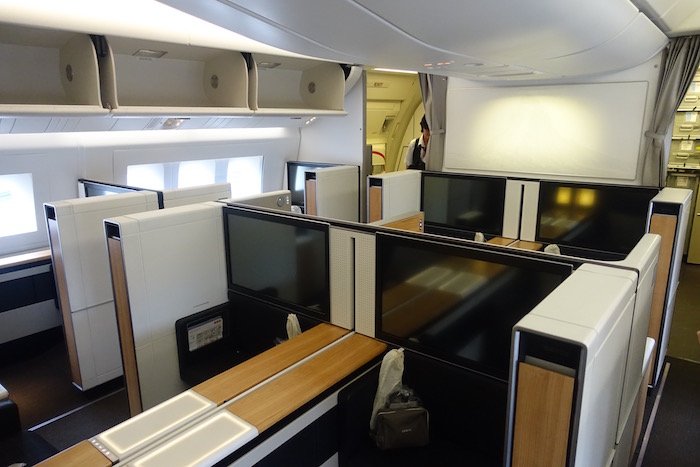 I only had a few days to take this trip, so I needed to find a way to get from Los Angeles to Europe a couple of days prior. As you guys know, I’m trying to review as many new airlines as possible, and I recently shared the next airlines that were on my list.

Based on that, the most logical airline to fly was Air Tahiti Nui from Los Angeles to Paris, given that they had award availability in business class on the exact date I needed. I knew they had angled seats and it likely wouldn’t be an amazing flight, but I thought it would make an interesting review. I was supposed to fly Air Tahiti Nui business class from Auckland to Tahiti to Los Angeles a couple of months ago, but due to a last minute emergency had to cancel that ticket.

I booked this ticket using American AAdvantage miles, which cost 57,500 miles plus $5.60 in taxes for the one-way ticket. 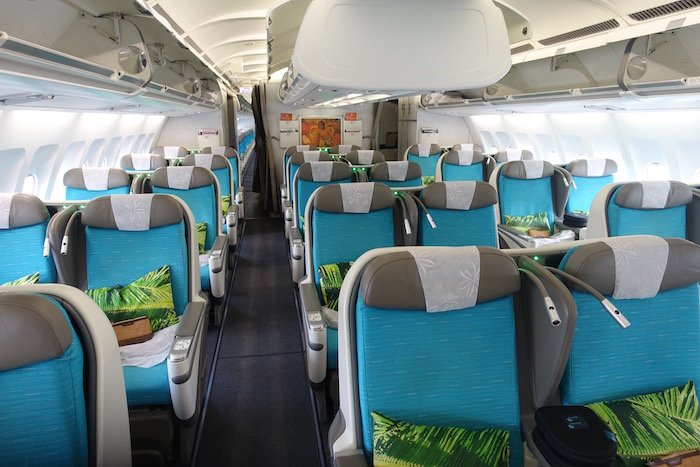 Then I just needed to get between Paris and Zurich. I had a few options for this:

So I just booked a paid ticket in economy on that flight. In the end, the routing looked as follows:

With my routing I’d have just one night in Zurich. While I love Zurich as a city, I was trying to be realistic, and knew I wouldn’t have time to do a whole lot of sightseeing while there. I was just getting over a nasty cold, I knew I wouldn’t get a very good night of sleep on the flight over, and I knew I wanted to go to Zurich Airport at the crack of dawn in order to be able to review the lounge.

So I decided that the most practical option was booking the Hilton Zurich Airport, which is a short shuttle ride from the airport. My rate for the one night stay was ~$164, which isn’t especially cheap, though for that I’d earn 13,000+ points, thanks to the great promotions Hilton Honors is running at the moment. 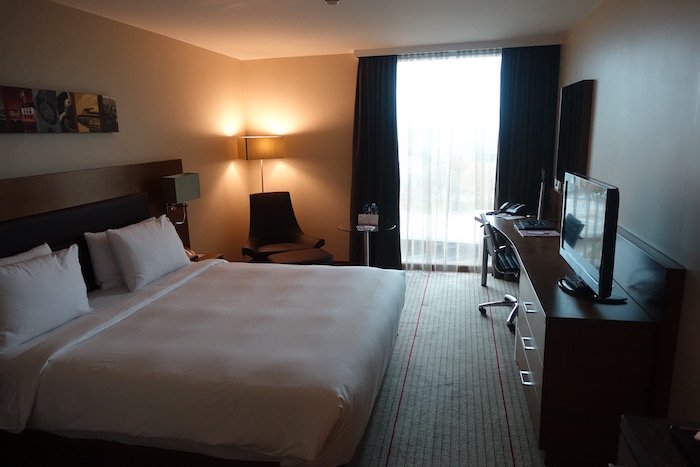 This was another fun whirlwind trip, where I spent just 24 hours in Europe. I’m so happy I had the chance to try Swiss first class again, to see what (if anything) has changed in the past few years. I’m also happy I finally got to try Air Tahiti Nui, given how they’re usually pretty good about making award seats available to Europe, and also are the best airline for flights to Tahiti.

I hope to have this entire trip report published this week. I’m also happy to have a bit of a break from international travel, as this was the last of five big international trips I had planned for this fall.

Hello Lucky, quiet but long time big fan. Please take your time with the report, been waiting for it a long time. I was on the maiden flight of the Swiss 777 last February to test out C class over their standard from A343 and A333 and well I'm quite disappointed. Yes more throne seats on one side (for SEN and HON) but also more without aisle access on the other. As a single C pax you have to seat center and even then one side is right on the aisle. Y is now industry norm 10 abreast so there's no premium there either (except maybe the chocolate?) Swiss does take itself very seriously as a premium brand but consistently and perhaps too cautiously fail to deliver something outstanding. No premium economy to standout either so it's either in C or with all the others. Their WiFi price isn't attractive and it's not the, as you mentioned, business class meal that is worthy of the term world class and innovation. They "didn't want to wait" for the A350, they didn't take any risks on this product with a bar, lounge or anything except filling in more seats. It is their choice of "flagship", so please be honest and objective (as usual) and be very thorough, looking at every detail, considering they want to position themselves in the premium league (price-wise and award availability) where every company out there is putting in a hell of an effort to distinguish themselves in the market. Slogan is "our sign is a promise", did they deliver in first class on their flagship? Eagerly awaiting.

Lucky, Your flying and the articles you publish enrich my understanding of this area in a way that I will never achieve on my own. Far from being "for no real reason," your flying and your writing about it are important to me and to many, many others who read and appreciate your blog. Keep flying and keep writing - please! Joe Meboe 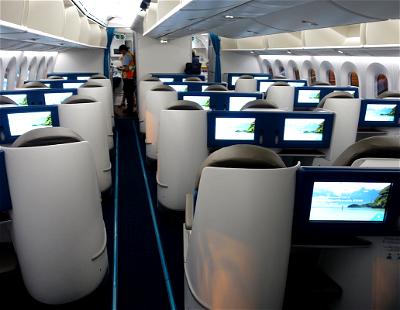