Air Tahiti Nui recently added a new route to Seattle. It looks like the airline has some interesting plans for Seattle service next year.

Air Tahiti Nui operates a new 2x weekly flight between Papeete (PPT) and Seattle (SEA) using a Boeing 787-9. The initial plan was for the route to be suspended between June 12 and September 4, 2023. Presumably this is because the carrier’s fleet consists of just four Boeing 787-9s, so the airline really has to prioritize routes.

There’s some good news on that front for those in the Pacific Northwest — Air Tahiti Nui has not only restored the Papeete to Seattle route for the summer of 2023, but extended it. For next summer, Air Tahiti Nui will operate a new 2x weekly Papeete (PPT) to Paris (CDG) route via Seattle (SEA). The service will operate with the following schedule, as noted by Aero Routes:

As of now, Air Tahiti Nui’s schedule reflects the routing via Seattle, though it’s not yet possible to book just the Seattle to Paris route. However, I’d expect that will change, as the airline should have pick-up rights there (that Seattle to Paris flight isn’t even technically a fifth freedom flight, since Tahiti is part of France, so…).

French Polynesia is obviously popular with visitors from Metropolitan France, though it’s more or less on the other side of the globe, nearly 10,000 miles away. As a result, Air Tahiti Nui exclusively operates one stop service between Papeete and Paris.

Historically this route operates via Los Angeles, with the following schedule:

Essentially what Air Tahiti Nui is doing is rerouting some service to Paris via Seattle rather than Los Angeles:

This is no doubt a cool development, though a 2x weekly flight between Seattle and Paris for a few months won’t do much to build up awareness among consumers in the market.

This is an interesting development, and I’m curious if we might see the Paris service split between Los Angeles and Seattle in the long run.

What do you make of Air Tahiti Nui’s new Seattle to Paris route?

As a regular on the Delta Seattle to Paris run, pleased to see some competition.

I still don’t get the timing of the leg from SEA into PPT. It arrives way too late for a island hopper flight to Bora Bora, Moorea, Teitiaroa, etc. so you’d have to add an extra night on Tahiti near PPT to your trip. Even though I live in Seattle, I’d still do SEA-LAX-PPT on the outbound and then use the Seattle direct return.

Don't forget that Air France operates between LAX and PPT 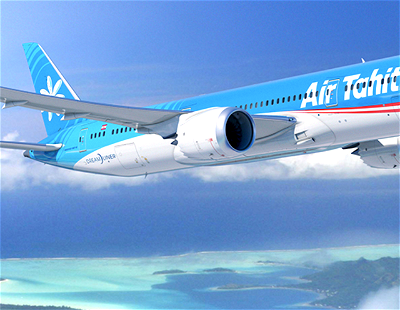