Welcome to my next trip report series, which will cover our recent trip to Paris, including some flight and lounge reviews, along with three hotel reviews. This series will (hopefully) be especially interesting for luxury hotel enthusiasts.

Why we traveled to Paris

Ford just turned 30, and we decided to spend six days in Paris to celebrate his birthday. Paris is an amazing city, though admittedly it’s perhaps not the most “exotic” destination, and for that matter we’ve both visited Paris a countless number of times.

The truth is that it has been a tough year — in addition to the pandemic that everyone is facing, my mom continues to battle cancer, so I’ve basically moved in with her at this point, to spend as much time with her as possible (which has been really fun!). On top of that, the home we were supposed to move into last year still isn’t ready, so we don’t have a permanent base at the moment.

Long story short, while we had initially hoped to travel to Morocco or Namibia for Ford’s birthday, we ultimately “settled” on Paris. It’s an easy flight from the United States, we could book it last minute, and we could easily cut it short if need be.

Paris is Ford’s favorite city, and it’s also where we got engaged, so it has been a special city for us (I get it, we’re not alone — that’s not exactly that original). Nonetheless, for us this seemed like the ideal place to celebrate Ford’s birthday. Paris has incredible hotels and some of the best restaurants in the world, and that’s kind of what we were looking to enjoy.

We both wondered whether six days in Paris would be too long, or if the weather would cooperate and give us a nice time. Well, I’m happy to report that six days was the perfect amount of time to spend in Paris (and we would have wanted to spend even more time there, if it weren’t for the fact that we were basically tired of amazing food at that point, and just wanted a salad and a cup of water), and we also lucked out with the most gorgeous fall weather imaginable.

How we flew to & from Paris

As mentioned above, we planned our trip to Paris last minute. We flew out of Miami, and found great award options in both directions:

I’d say those are some phenomenal award options, both in terms of the convenience of the routings, as well as in terms of the value we got, given the Amex transfer bonuses I took advantage of in September.

Where we stayed in Paris

I’ve reviewed some of Paris’ best points hotels over the years, including the Park Hyatt Paris and Prince de Galles. This time we decided to mix it up, and review what are generally considered to be three of Paris’ best luxury hotels, none of which are bookable with points. This includes:

Paris is arguably the best city in the world for uber-luxury hotels, as I can’t think of another city that has so many top notch options that consistently deliver (perhaps Tokyo is the only other city in the same league). Suffice to say we enjoyed the opportunity to directly compare the top three hotels in the city.

We just wrapped up an amazing week-long trip to Paris, and I look forward to reviewing Lufthansa first class, Air France business class, and three of Paris’ top luxury hotels. As cliche as it is to love Paris, the city grows on me with every visit, and that was especially true with this trip.

It was so nice to escape the heat of Florida, enjoy some of the best meals of my life, and also check out three phenomenal hotels that I struggle to even rank, given how great all of them are in their own way.

@ John T -- That's a totally valid question, which I'm happy to answer. First of all, while there have absolutely been more luxury non-points hotels reviews, I've continued to review quite a few hotels bookable with points. By my math, 21 of the 30 most recent hotel reviews have been of properties bookable with points (and it would have been 22, but then Aegon Mykonos happened). ;) Yes, that's not quite the same ratio as before, but I'd say that's still a good number. As far as the motivation for that, there are a few reasons: -- In general I've found so many points hotels to frustratingly cut back service (to cut costs), so there's limited long-term value to the reviews, since it seems like service will almost undoubtedly change again soon; meanwhile most true luxury hotels are operating as they were pre-coronavirus, minus some safety precautions -- Yes, Ford is a luxury travel advisor, and so there is a business element to it; to be honest, we've been pleasantly surprised by how many OMAAT readers generally stay at non-points luxury hotels, with the strategy being to use miles & points for premium flights, and then using the money saved towards better hotel experiences -- Even beyond those who would actually pay to stay at these properties, I've found that there's a "hotel porn" element to this, where people enjoy reading about unique, one-of-a-kind hotels, even if they would never stay at them, as it gives them a look at the property without having to pay with them; contrast that to my last several Hyatt Centric reviews, where I've basically ended with "well, I guess it was good enough, but it wasn't really memorable" -- This was Ford's 30th birthday, and since we've done the best points hotels in Paris, I didn't really think there were any great points options otherwise that were worthy of the celebration, given the other options available I promise I'll take the feedback into account, and will continue to have lots of reviews of points hotels going forward.

I'm totally team Ben here. It's really fun to read about the gorgeous hotels. For me personally, while I do aim for points hotels in general, there are many times I'll splurge on a non points hotel, and a place like Paris is definitely one of them. Really looking forward to these reviews!

Your readers don't just favor non points luxury hotels, they also like non points boutique hotels. Better "value" in many cases vs generic chains, especially when booked with card benefit programs of via a travel advisor to receive incidental credits and benefits that match or exceed what an 'elite' program provides.

3
More From This Trip 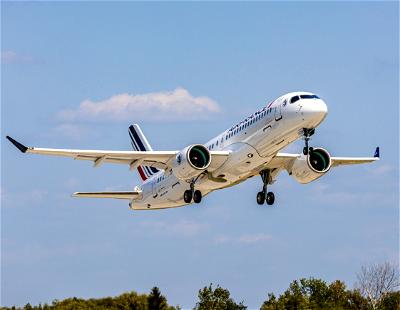 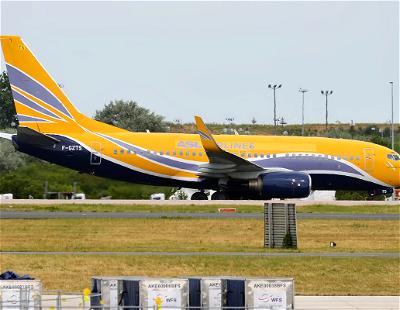 15
The Most Interesting Transatlantic Flight Returns In 2022