Well this is major!

In February 2022 it was announced that Frontier intended to acquire Spirit. That didn’t go as smoothly as the two companies had hoped, as JetBlue tried to get in on the action, and made a bid for Spirit as well. After a lot of back-and-forth, there’s a major update.

It has been announced that Spirit has terminated its merger agreement with Frontier, and it will instead pursue a merger with JetBlue. As Spirit CEO Ted Christie describes this decision:

“While we are disappointed that we had to terminate our proposed merger with Frontier, we are proud of the dedicated work of our Team Members on the transaction over the past many months. Moving forward, the Spirit Board of Directors will continue our ongoing discussions with JetBlue as we pursue the best path forward for Spirit and our stockholders.”

What happened here, and what’s next?

We knew all along that Spirit’s management and board far preferred a takeover by Frontier to a takeover by JetBlue. However, JetBlue has fought hard, and even attempted a hostile takeover… and it seems like it worked! Spirit shareholders voted against the merger with Frontier.

It’s going to be really interesting to see how this plays out now. On paper, JetBlue had a much better offer than Frontier all along. The argument against Spirit being taken over by JetBlue was that there were concerns about whether the deal would gain antitrust approval, given the impact it would have on competition.

JetBlue offered a significant reverse termination fee in case the deal doesn’t work out due to regulatory concerns, which was intended to put shareholders at ease. Let’s see what the two companies come up with now.

Personally I’m sad to see this latest development… sort of. In an ideal world, we just don’t see any merger now, but I suspect that’s unlikely. If a merger were to happen, I’d much rather see Spirit merge with Frontier than see Spirit merge with JetBlue (even though I prefer Spirit to Frontier).

Why? JetBlue and Spirit are just too different, yet both airlines have some things going for them. If the two airlines merge, I feel like they’ll both lose their mojo, and will end up as a hybrid between the two airlines, which I just don’t see being pretty.

Spirit Airlines has called off its merger with Frontier Airlines, and the airline will now instead pursue a merger with JetBlue Airways. JetBlue had a better offer all along, though the catch was that there were major concerns about that deal getting approved. JetBlue offered a reverse termination fee as assurance. Let’s see how this plays out now.

What do you make of Spirit now pursuing a merger with JetBlue rather than Frontier?

Why are you writing about a hybrid product? JetBlue has already announced that the inflight product will be JetBlue's. Spirit won't exist so people won't have to suffer with their ULCC product any more. If people want less legroom and a poor product, they are welcome to fly Frontier:)

I think it can be done but you are right it is going to be some work. What I suspect they will do (assuming they stick to the plan) is the following: 1) Complete the regulatory requirements (SEC, Justice Dept, FAA, etc) for the merger. 2) Run a transition phase of Spirit to JetBlue in which the airplane cabin remodel and repainting process occurs. During low travel demand they gradually take some Spirit Aircraft in for maintenance in which they are converted to the JetBlue seating configuration with additional legroom, and the addition of TV screens, Ovens for hot food in Mint, and other changes. 3) During the transition phase, the marketing of JetBlue aircraft (both original and converted) is given the JetBlue branding, and those on aircraft not coverted yet will be branded as Spirit flights. Seating capacity on some spirit flights may be reduced in the booking process to the JetBlue converted capacity on some booked in advanced flights that the aircraft will be converted between booking and the actual date of flight. 4) Over time, the Spirit brand on airplanes will die and they will all be repainted JetBlue. 5) In the Airports other conversion methods will also occur. I think they will move some gates around so that JetBlue and Spirit share the same concourses, same ticket check in counters, same baggage claim carousels, same Kiosks, and are merged into the same check-in and gate agent computer systems, 6) Spirit and JetBlue during the Transition Phase will start code sharing with each other until all the flight numbers are the same and the airplanes are rebranded JetBlue. You might see "JetBlue operated by Spirit Airlines" or "Spirit operated by JetBlue Airways" on some of your Spirit or JetBlue flights. 7) It will be interesting to see the pricing of the new JetBlue. Will it be more like the JetBlue where most things are included, or will they adopt a more Spirit like "Bare Fare" and you pay fees for things like checked bags, carry-on bags, snacks, drinks, entertainment, etc. It will be interesting to see which way they go with this merger on the fee structure. 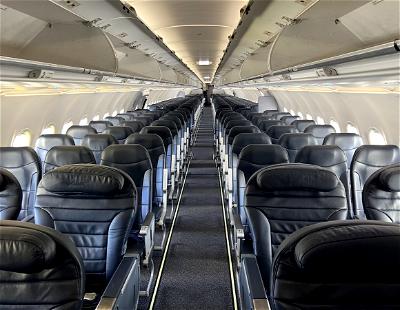 57
I Flew Spirit Airlines, And It Was Kind Of Awesome 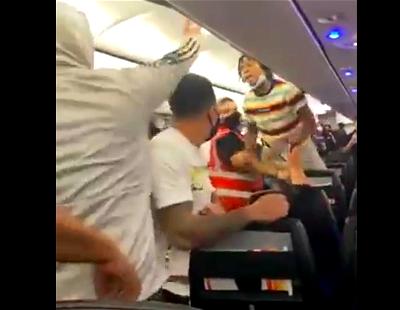 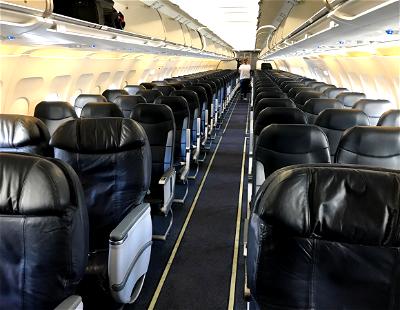