Plans have been announced for JetBlue and Spirit to merge, to form the fifth largest airline in the United States. This deal no doubt faces some regulatory challenges, and both airlines already acknowledge that it could take until the first half of 2024 for this deal to close.

I’d say the merger closing is far from certain at this point. But let’s assume for a moment that the deal does close — what would this look like logistically in terms of the passenger experience?

JetBlue and Spirit are very different airlines, not only in terms of their business models, but in terms of the passenger experience they offer. Actually, they couldn’t be much more different:

Now, in fairness to both airlines:

But how would the logistics of that work?

Let’s assume the merger between JetBlue and Spirit does in fact close… then what? Reconfiguring fleets is a process that generally takes many years, no matter how efficiently an airline tries to go about it.

Spirit has a fleet of 180 aircraft, with another 140 planes on order. Those will continue to be delivered to the airline with current interiors until the deal closes, so presumably well over 200 planes would have to be reconfigured.

I would have to imagine it will take several years for Spirit’s entire fleet to be reconfigured. That’s not only because it just takes time, but also because it’s expensive to reconfigure planes, and JetBlue is already paying a ton for this acquisition.

So what’s JetBlue’s post-merger plan for the very inconsistent fleet? JetBlue won’t realistically just be able to operate these planes interchangeably, so I imagine JetBlue will state during booking which type of aircraft a flight would be operated by.

Even so, how will JetBlue differentiate the product and pricing? Will JetBlue just have lower fares on ex-Spirit planes? Will it be marketed as a different class altogether? Will the Big Front Seat continue to just exist as an extra space option on these planes?

Admittedly all airlines face challenges with harmonizing products post-merger. However, I don’t think we’ve ever seen a merger where airlines have so much work to do on this front. I don’t want to say this is an insurmountable task, but… I feel like it kind of is?

I think the only logical approach would be for JetBlue to operate Spirit as a separate brand until planes are reconfigured. Even so, that would be really complicated logistically, in terms of managing route networks, employees, the reconfiguration timeline, etc.

JetBlue and Spirit plan to merge. Assuming the merger does close (which is a big “if”), I can’t help but wonder how the two airlines would streamline their fleets. It’s claimed that Spirit planes would adopt JetBlue’s inflight product, but that’s a process that would presumably take many years (and cost hundreds of millions of dollars).

How JetBlue would sell tickets after the merger closes but before the planes are reconfigured is something I can’t quite wrap my head around. And frankly it’s kind of unprecedented as far as airline mergers go.

I think the only logical approach would be to continue to operate Spirit as a separate brand for several years, but that presents its own challenges.

If the JetBlue and Spirit merger closes, how do you see the two airlines merging their inflight products?

It doesn't matter if the implementation VP stays or goes. Just as long as he/she has the gumption to ride shotgun. I golden parachute at the end of a successful implementation is FAR CHEAPER than an implementation that bogs down, sucks up resources, and alienates customers. CEO Hayes has no time to waste. The clock is ticking.

Both have a ton of new planes coming and all of those can be delivered in the JetBlue configuration. Older planes from both will be retired so no need to deal with those. The rest will be dealt with in the same way that the A320 restyle went for JetBlue. Just have 6 or so each month on the line churned out. It will take a couple years but with the retirements of older planes, and having just gone through the process, it is not rocket science. 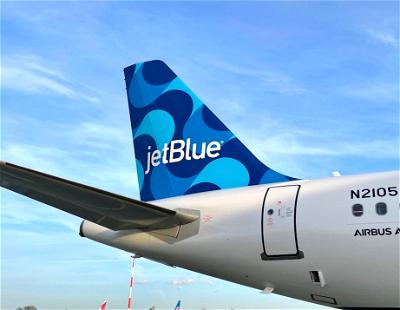 50
JetBlue Will Fly Less Premium Planes To London As Well