In the past couple of weeks, we’ve seen most major US airlines report their second quarter earnings. Despite high oil prices, most US airlines reported impressive profits, given the huge leisure demand for air travel, plus high airfare.

Well, JetBlue has just reported its financial results, and they’re pretty bleak. It’s especially bad when you consider that JetBlue is in the process of buying Spirit.

In other words, the airline’s results were $350-387 million worse than the last “normal” second quarter before the pandemic, depending on which metric you want to look at.

Here’s what makes this so bad — JetBlue’s revenue increased by 16.1% compared to the same period in 2019. That makes this one of the highest revenue quarters ever, and the revenue was even better than JetBlue’s initial outlook.

JetBlue is now making an effort to decrease costs. This will include retiring Embraer 190 aircraft earlier than planned, and replacing them with Airbus A220s, which have lower operating costs. JetBlue is also “investing in automation across the business,” and is creating “a new Enterprise Planning team to help unlock structural efficiencies across the airline longer-term.” JetBlue claims that these initiatives alone will drive down costs by approximately $250 million through 2024.

JetBlue is also emphasizing how a merger with Spirit will create $600-700 million in net annual synergies once integration is complete.

Is JetBlue a viable airline in the long run?

Let me say that I greatly appreciate JetBlue, and that the airline takes a different approach than competitors:

Flying JetBlue is an absolute pleasure, with two major caveats:

Now, here’s the thing — the airline you want to invest in and the airline you actually want to fly are often not the same. JetBlue is in a rut, and I’m not sure how the airline can get out of it. JetBlue has higher costs than ultra low cost carriers, though historically the airline had some other advantages, purely by being pretty new.

That meant most employees were toward the bottom end of the payscale, planes were new, etc. As JetBlue is now 20+ years old, the airline doesn’t have those cost advantages anymore.

So how is JetBlue supposed to compete with others, whether it be American or Spirit?

Now you have JetBlue trying to take over Spirit:

JetBlue’s management essentially seems to argue that if it didn’t acquire Spirit, the airline would be in big trouble. But I’m not sure the argument of “well if only we had more planes our business model would work better” is sound logic either. That’s especially true when you consider just how much JetBlue is paying to acquire Spirit.

While most major US airlines reported second quarter profits, JetBlue reported a significant loss. While revenue exceeded 2019 numbers by a significant margin, costs went up even more. As much as it’s a pleasure to fly JetBlue (when the airline can operate on-time), I think this fundamentally gets at issues with the carrier’s business model.

Now JetBlue wants to acquire Spirit, which is going to be a massive, costly undertaking. Never mind that I’d argue that Spirit has a better business model than JetBlue (as much as I’d rather fly JetBlue). Maybe JetBlue should be looking at acquiring Spirit and adopting its business model? That’s also less likely to face regulatory scrutiny.

What do you make of JetBlue’s financial results?

It's worth noting that Delta has returned to the position of being the most profitable global airline in the world and second only to Southwest in the most recent quarter. Since Delta and Southwest have completely opposite approaches to onboard amenities, the absence or presence of seatback TVs isn't the reason for B6' failures or DL or WN's success. Delta is the largest airline at JFK and has passed JetBlue at Boston based on seat miles and local market revenue because of DL's major international expansion - and that is probably the biggest reason why B6 can't find a niche. DL flies just about everywhere B6 does, has a stronger presence to many markets than B6 and still manages to deliver higher profits. B6 needs its merger because it can't figure out how to succeed with its present business model or even the Northeast Alliance w/ AA

Every and all Delta flights - more than 20 - I took this year had seat back TV screens. Delta is a legacy carrier.

I used to love JetBlue. I used to go out of my way to fly JetBlue. That ended when they started charging for carry-on bags. It started out as $30 and, now, I think it's up to $65. For a carry-on bag. Nope. These days, I go out of my way to NOT fly JetBlue. They chose to screw over passengers who fly economy. I imagine there are hundreds of thousands of people like me who simply fly other airlines, now. 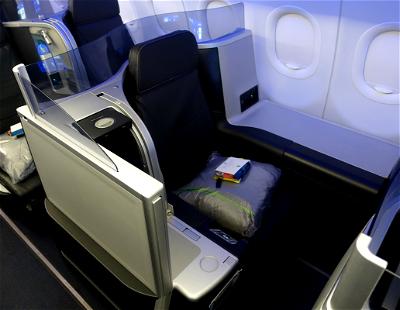 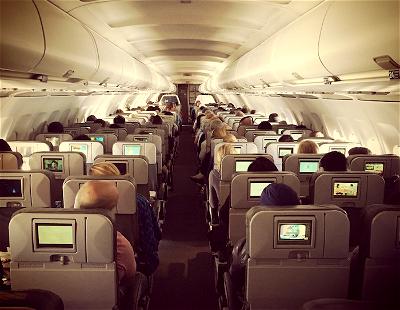