At the beginning of February JetBlue revealed its new Mint Suite and Mint Studio seats, which will eventually be used on transatlantic flights. However, these seats will first make an appearance on routes between New York and Los Angeles. A couple of days ago we learned the first frequency to get the new seats, and now a second frequency has been added.

At the end of February, JetBlue took delivery of an Airbus A321neo with the registration code N2105J, which also happens to be the first plane to feature the new Mint Suite and Mint Studio seats. This is the 16th A321neo the airline has taken delivery of, and the first A321neo to feature a Mint cabin.

For those of you not familiar with the A321neo, the “neo” stands for “new engine option.” This plane has engines that are more fuel efficient, and in turn the plane is also longer range. The A321neo was delivered to the airline from Hamburg, Germany, where it’s produced — the flight from Hamburg to New York took 8hr10min. 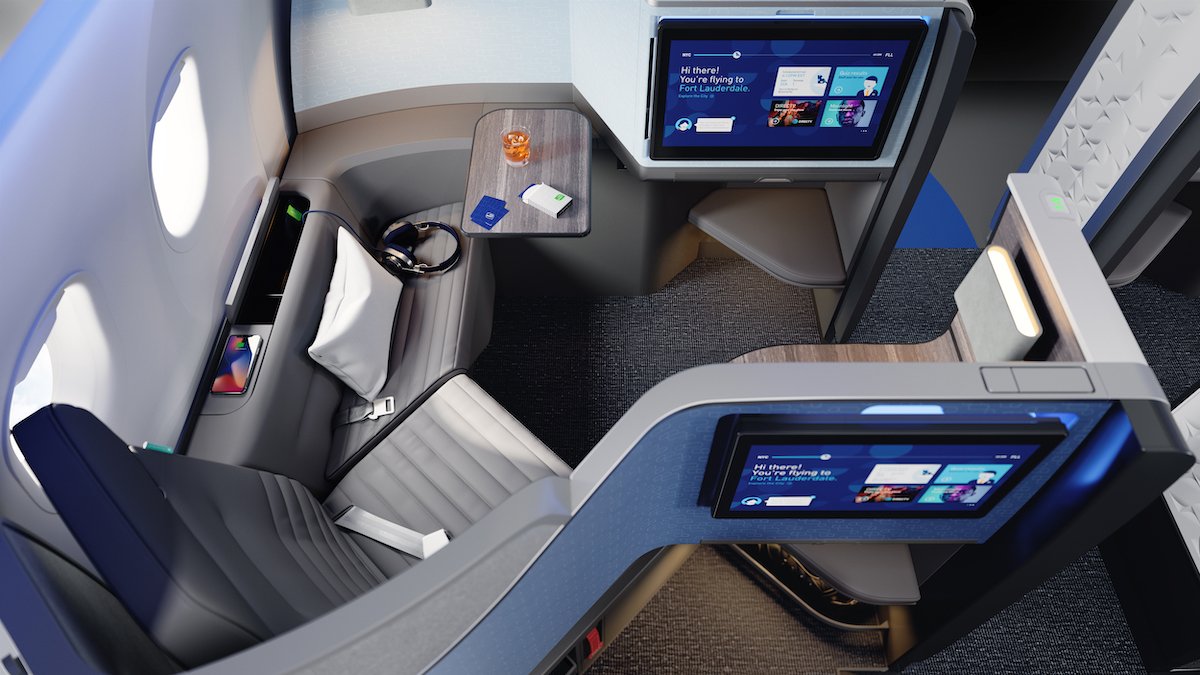 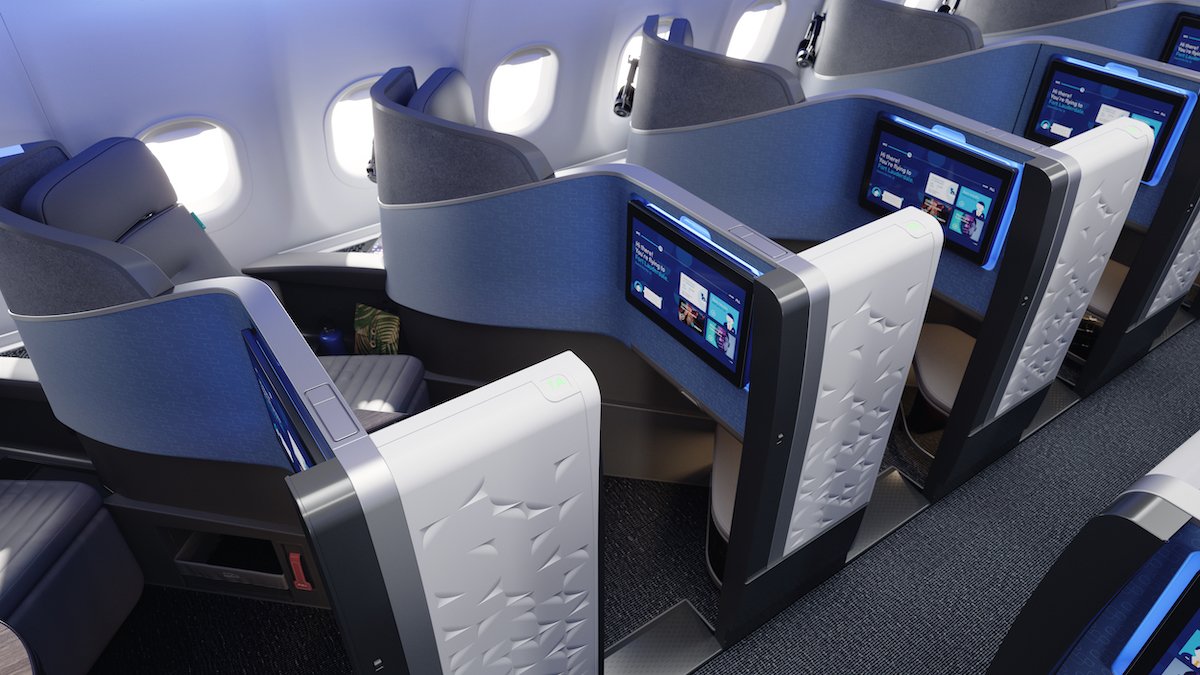 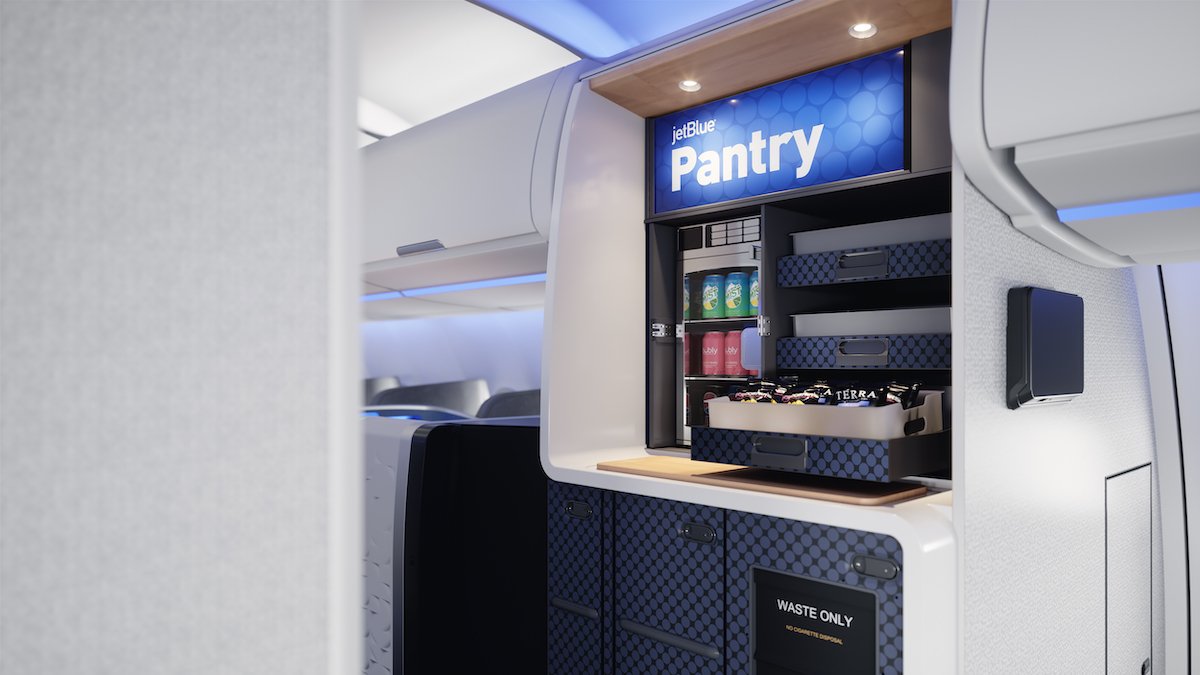 This A321neo can easily be spotted based on its unique “ribbons” tailfin. The design features three blues from the airline’s brand palette, and it’s the first tailfin inspired by so-called “Op Art” (optical art), using simple shapes to create the illusion of three dimensions and movement. 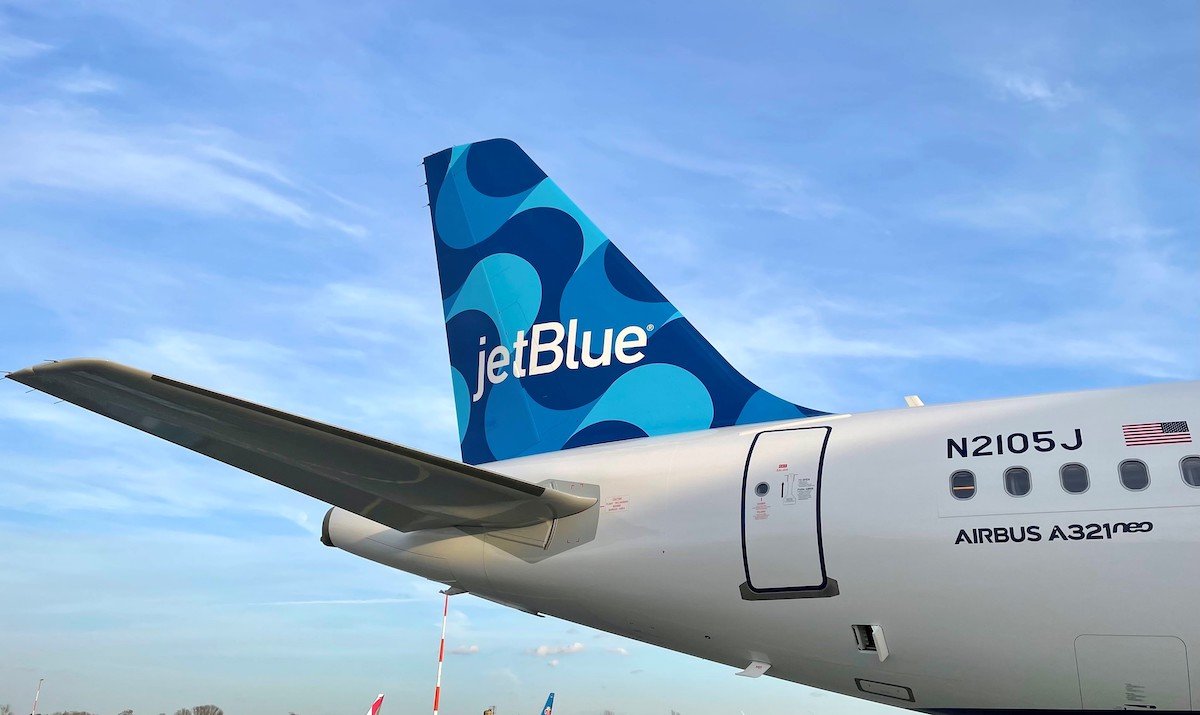 JetBlue plans on launching flights to London as of some point in summer. However, that’s not what the A321neo that the airline just took delivery of will be used for.

That’s because JetBlue has A321LRs on order, which are even longer range versions of the A321neo, capable of operating transatlantic flights with ease. Furthermore, the A321LRs will be in a more premium configuration, featuring 24 Mint seats, rather than 16 Mint seats.

Rather these new A321neos will operate domestic flights. We knew that the first A321neo featuring new Mint seats was expected to operate select flights between New York (JFK) and Los Angeles (LAX) as of this summer. We now know exactly which flights will get this new configuration.

As of June 1, 2021, JetBlue’s A321neo with new Mint seats will start flying between New York and Los Angeles.

Between June 1 and June 9, 2021, the plane will operate the following schedule:

Then between June 10 and September 7, 2021, there will be two daily flights between New York and Los Angeles with the new cabins, with the following schedule:

Presumably JetBlue plans to take delivery of a second A321neo with new Mint seats in the coming months, as the airline will need two planes for two rotations.

Fares seem to start at ~$648 one-way in Mint, though I imagine we’ll see a lot of demand for flights operated by this aircraft, given how many people want to try this product. So if you want to experience JetBlue’s new Mint on this route, I’d recommend booking sooner rather than later.

Seatmaps have already been updated to reflect the new configuration. Many of us have been curious to see how much of a premium JetBlue will charge for the Mint Studios, which are the two premium seats in the first row of the cabin. We now have our answer — JetBlue is charging an extra $199 each way for these premium seats.

Interestingly there’s also the option to pay 8,300 TrueBlue points, which is a steal by comparison, given the value of TrueBlue points. I’m not sure if that’s a discount because I’m looking at this out of a Mosaic account, or if that’s the standard pricing.

That’s just about exactly what I expected. In a previous post I had speculated that JetBlue would charge a premium of around $300 for these seats on transatlantic flights, so $199 seems roughly proportional for transcons.

It’s great to see how quickly JetBlue is launching this new product, as it will enter service only four months after it was initially announced. Compare that to Lufthansa, where it’s about six years (minimum) between when a new product is revealed and when it’s actually rolled out.

What do you make of JetBlue’s newest A321neo? Anyone plan on booking a seat in the new Mint cabin?

@hanchicago Thank you for the report! (And thanks Lucky for updating your post!) I cancelled my July 5th flight in Mint Studio and booked the early one on July 4th, which was lower priced. However, I was shocked to see is that the points premium for the Studio seats jumped all the way from 8,300 to 19,900 (the cash price remained the same at $199) -- and I'm a Mosaic member. I wonder whether the 8,300 was an error, or what. I got it anyway, because JetBlue annoyingly doesn't let you change an award ticket, only cancel it, even if you call them, so I probably would have suffered the higher Studio cost even if I tried to get my old booking back. I preferred the new date anyway, and it was still fewer points overall, but not by much. 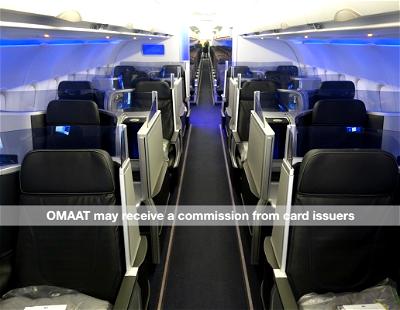