One of my favorite things about Air Canada Aeroplan is the emphasis that the program has on adding partners. Aeroplan has more airline partners than any other airline frequent flyer program. We’ve seen several partners added in recent months, including Etihad, Azul, Vistara, Air Serbia, Virgin Australia, Air Dolomiti, Eurowings Discover, Gulf Air, and Oman Air.

Keep in mind that with the new Aeroplan program having been launched in late 2020, members have access to award tickets with no carrier imposed surcharges, as well as stopovers for just 5,000 extra points one-way.

What is Air Mauritius?

Air Mauritius is the national airline of Mauritius, as you may have guessed based on the name. The carrier operates long haul flights to London and Paris, and also operates flights to Johannesburg, Madagascar, Mumbai, and Réunion, among other destinations.

For context, here’s the Aeroplan award chart for travel within the Atlantic region (which includes both Europe and Africa):

Here’s Aeroplan’s award chart for travel between North America and the Atlantic region (if you were flying from the United States to Africa):

For example, you could fly one-way in business class:

If you wanted a stopover on an itinerary for more than 24 hours, you could book that for an additional 5,000 points, which is a great deal.

Air Canada Aeroplan is transfer partners with Amex Membership Rewards, Chase Ultimate Rewards, and Capital One, so if you have transferrable points this is a great program to book through. On top of that, there’s the new Aeroplan® Credit Card, which is lucrative and recently launched in the United States.

As mentioned above, it’s not yet possible to earn Air Canada Aeroplan points for travel on Air Mauritius, though this functionality is expected to be rolled out in early 2022. When this is introduced, I expect you’ll only be able to earn Aeroplan points, and not miles towards elite qualification.

Air Canada Aeroplan has added Air Mauritius as its newest airline partner. This is a great new partnership for those looking to travel to Africa. Air Mauritius offers a good business class product, and award availability is generally also easy to come by.

If you have transferable points, the best way to book Air Mauritius is now through Air Canada Aeroplan. I’m delighted by how Aeroplan keeps adding new airline partners, which is something that other programs simply don’t seem to be pursuing in the same way.

What do you make of the new Air Canada Aeroplan & Air Mauritius partnership?

Booked my ticket to Mauritius yesterday! 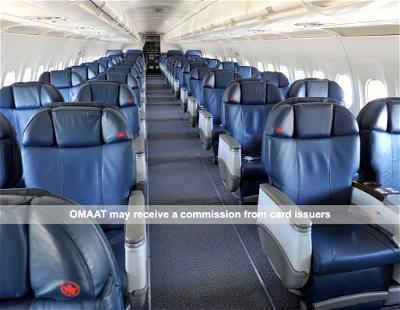