Emirates Airline and United Airlines have announced a new partnership today. Just ahead of that, United has added an exciting new route to its schedule.

As of March 25, 2023, United Airlines will be launching a new daily nonstop flight between Newark (EWR) and Dubai (DXB). The flight will operate with the following schedule:

This route marks the first time that United will fly to Dubai since early 2016. Up until that point the airline operated a route between Washington and Dubai. That was around the time that the “big three” US carriers got into a feud with the “big three” Gulf carriers.

How this fits into the Emirates & United partnership

Emirates and United have announced a new partnership, which includes a codeshare agreement and reciprocal frequent flyer perks. I think we all expected that United would return to Dubai with this development, so this route makes perfect sense:

Under normal circumstances I’d say that someone needs their head checked if they’d choose to fly a US airline over a Gulf carrier. However, in terms of premium cabin hard product, there’s no denying that United’s Boeing 777 Polaris business class…

The soft product is of course a totally different story, as is the experience on the Airbus A380.

United will be launching a new daily flight between Newark and Dubai as of March 2023. This comes as part of a larger partnership between Emirates and United, which will see the two airlines cooperating more closely. I’m curious to see if any other routes between the USA and UAE are launched as part of this agreement over time (maybe a Denver to Dubai route, since it’s the only United hub to not have Emirates service?).

What do you make of United returning to Dubai?

@ CM -- My gut says I'd have zero issues with either (and of course I've been to Doha and Dubai many times with Ford). That being said, I'm obviously a new dad, and haven't yet traveled with Miles, so I'm not sure what perception will be like among people in general (even in some parts of the US). So I guess my simple answer is that I plan on doing this, and I'll report back on my experience when the time comes. :-)

Yeah, but where are you seeing profitability by region? United has been clear that it lost money most of this year. They only became profitable in q2, I think. But I dont see how that gives you the insight you claim to have. I think you just dont like United, love Delta, and are making up things to suit your agenda, and still not proving your work. 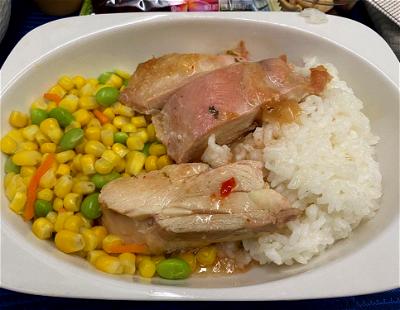