Up until now, the federal mask mandate for airplanes and airports was valid for less than an additional week, through April 18, 2022. There have been a lot of questions about whether or not it would be extended again, and now we know — yep, it’s being extended again, but this time only by around two weeks, in order to monitor an uptick in cases.

Biden to extend mask mandate until May 2022

The federal transportation mask mandate in the United States has just been extended by a further two weeks, through May 3, 2022. As it’s described, this is intended “to monitor for any observable increase in severe virus outcomes as cases rise in parts of the country,” and this decision was “made out of an abundance of caution.” For context:

Should the transportation mask mandate be extended?

I’ve been curious to see if the current federal transportation mask mandate would be extended again. I think many of us were expecting this would be the end of it, but go figure it’s not.

On the one hand:

The big thing standing in the way of the mask mandate being lifted is a new variant or an uptick in cases, and of course we’re slowly starting to see that. Then again, at some point it should be about hospitalizations and not just case numbers…

The federal transportation mask mandate in the United States has just been extended by a further two weeks, through May 3, 2022. I was hoping that there was a light at the end of the tunnel here, but I guess we’re just going to keep going with the “abundance of caution” plan.

To me this is disappointing. We have widespread vaccination available to protect people (yet many people don’t want that), and we also have high quality masks (which people can wear to protect themselves and others). Coronavirus isn’t going anywhere, so I guess by that logic we shouldn’t expect the mask mandate for planes to go anywhere either.

What do you make of the federal transportation mask mandate being extended?

Share
Tweet
Conversations (215)
The comments on this page have not been provided, reviewed, approved or otherwise endorsed by any advertiser, and it is not an advertiser's responsibility to ensure posts and/or questions are answered.
Write a comment
Cancel reply
Report a Comment
Thanks for letting us know!

Submitting...
Featured Comments
View all comments (215)
Write a comment
Most helpful comments ( as chosen by the OMAAT community ).

Marvy, Would you really speak like this to a human being in real life? Would your family be proud of the adult you’ve become? Something tells me the answer would be no.

At this point, who is Joe pandering to? It’s obvious people are done with this. If they still want to wear a mask voluntarily, then great. But let people decide for themselves.

We've moved away from a 'collective responsibility' to a 'personal responsibility' phase of the pandemic. For me, this means that I live my life and do what I see necessary to protect myself and others (which for me means being fully vaccinated and having recovered from COVID, and that's enough). Masks don't work and we've been told countless times that airplanes are safe due to the filtration systems. Time to drop this requirement that in my mind does more harm than good. And frankly I don't care what other countries require. I'd like to see the US be the leader in this relaxation and I'm sure others will quickly follow. 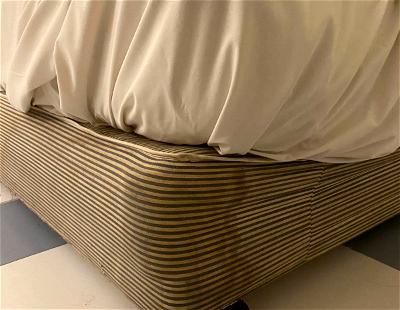 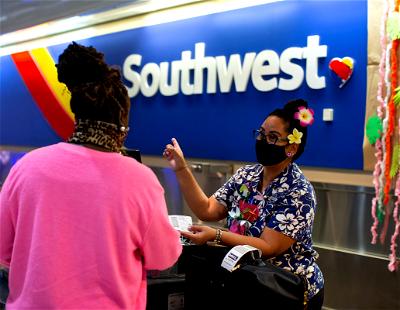