Yesterday I posted about the changes that Avianca announced to their LifeMiles program, for bookings made starting October 15, 2014.

LifeMiles is giving advance notice of these changes

As much as I hate devaluations, I have to give LifeMiles credit for at least giving ample notice of the changes. In the past they’ve made changes without any advance notice, so I’m happy to see they’re not doing that anymore. They’ve even separately announced that the cost of purchased miles will be going up by 10% in September.

The odd thing is that while they published the new award rates for travel on Avianca, they didn’t publish the new Star Alliance rates initially.

Here’s their description of the new award rates:

From October 15th, 2014, redemption fares for flights with Avianca will change, which include reductions and increases on all routes operated by the airline.

Miles required for air ticket redemptions with Star Alliance member airlines will also change. Redemption table adjustments will increase an average of 1% on required miles for Economy class and 13% for Business class, based on redemptions made during last year.

To be sure that our members have the opportunity to understand all changes before these take place, all modifications will be effective from October 15th, 2014.

It’s interesting that they leave out the percent increase in the number of miles needed for first class. Here’s a trivia question, based on the LifeMiles award chart — what country is North of Central America, not in North America, and not Mexico? 😉 Below I’ve put together a chart comparing the new and old Star Alliance redemption rates for travel originating in North America (the new rates are bolded and on top):

How bad are the LifeMiles award chart changes?

All things considered the changes are definitely bad, but could be worse, in my opinion.

The changes really mirror a trend we’ve seen in the industry lately when it comes to award chart devaluations: Relatively speaking these changes aren’t horrible, in my opinion. The increases suck, but I don’t think it’s a totally unreasonable devaluation. It’s certainly not as bad as United’s award chart devaluation earlier this year, whereby we saw some awards go up by 65,000 miles one-way, in some cases up to 100%.

So while of course I’m not happy to see these changes, kudos to LifeMiles for providing advance notice. Now it’s time to burn all my LifeMiles. 😉

Will this backfire for LifeMiles?

Between the 10% increase in the cost of purchased miles and increased redemption rates, I think this may backfire for their business of trying to “consolidate” premium cabin Star Alliance award tickets. They could have gotten away with a 10% increase in the cost of purchased miles or an award chart devaluation and still increased their “net” award business, in my opinion, but both are a pretty steep change to swallow. Especially since they were still definitely making money on awards with the old rates and reimbursement costs…

What do you think of the LifeMiles award chart changes?

@Lucky, they have another promotion which is slightly better than the previous ones: 2x1 miles plus 10% bonus Max 150000 miles can be credited to an account

@ craig s -- Yeah, you won't get anywhere, the policy is not to allow mixed cabins.

This thread is dated, but has anybody attempted to reach LifeMiles to discuss the inability to book awards in multiple cabins. For instance, LAX to ICN in first on Asiana but most of the connections are business. Thus, you can't book a first and a business, instead only business. This is horrible and attempting to communicate with these people is worse than talking to a wall! They are clueless 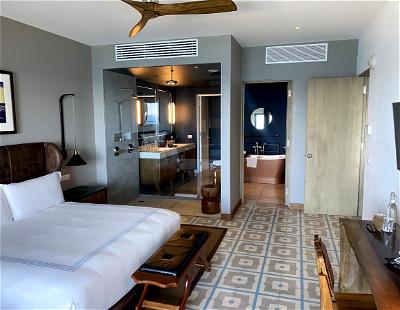 76
Thompson Hotels: What An Awesome Brand!