The Airbus A321XLR was officially launched early last week, and has been incredibly popular with airlines. Many airlines have even called it a game changer (#KenyaAirways).

The airplane has been one of the fastest selling models we’ve ever seen in the first few days of being introduced. The plane will have a range of 4,700nm when it enters service in 2023, so will offer incredible range and economics for airlines looking to operate point-to-point flights.

However, it looks like Lufthansa is taking a more conservative approach.

Lufthansa’s CEO, Carsten Spohr, has said that while the airline is considering ordering the A321XLR, he doesn’t think the airplane is a game changer:

“The new XLR could be used in our network. We look at it. But in my view it is a niche product. It will not be a game changer.”

Why? Because he claims it’s not comfortable to spend more than four hours on a flight in a narrow body aircraft.

It’s ironic that this is coming from Lufthansa, the same airline that operated a regionally configured A319 from Frankfurt to Pune via Baku, which I called the world’s worst flight. With that flight, passengers were on board a plane without power ports or personal televisions for about 12 hours. In fairness that was a temporary arrangement, but still…

Anyway, I strongly disagree with Spohr on this. And before you say “Lucky, he knows more than you do.” Yes, that’s true, though that doesn’t mean airline executives always get it right — just look at Lufthansa’s recent Eurowings decision. Beyond that, Lufthansa has made some questionable fleet decisions in the past.

Why do I disagree with him?

Every airplane is niche

In many ways the A321XLR could have the same effect on the industry that the 787/A350 did, except on long haul flights rather than ultra long haul flights. It can open up long haul markets that aren’t feasible with 300+ seat planes, but that could work with 150-200 seat planes.

As airlines retire the 757 and 767, surely there’s room in the market for a replacement. 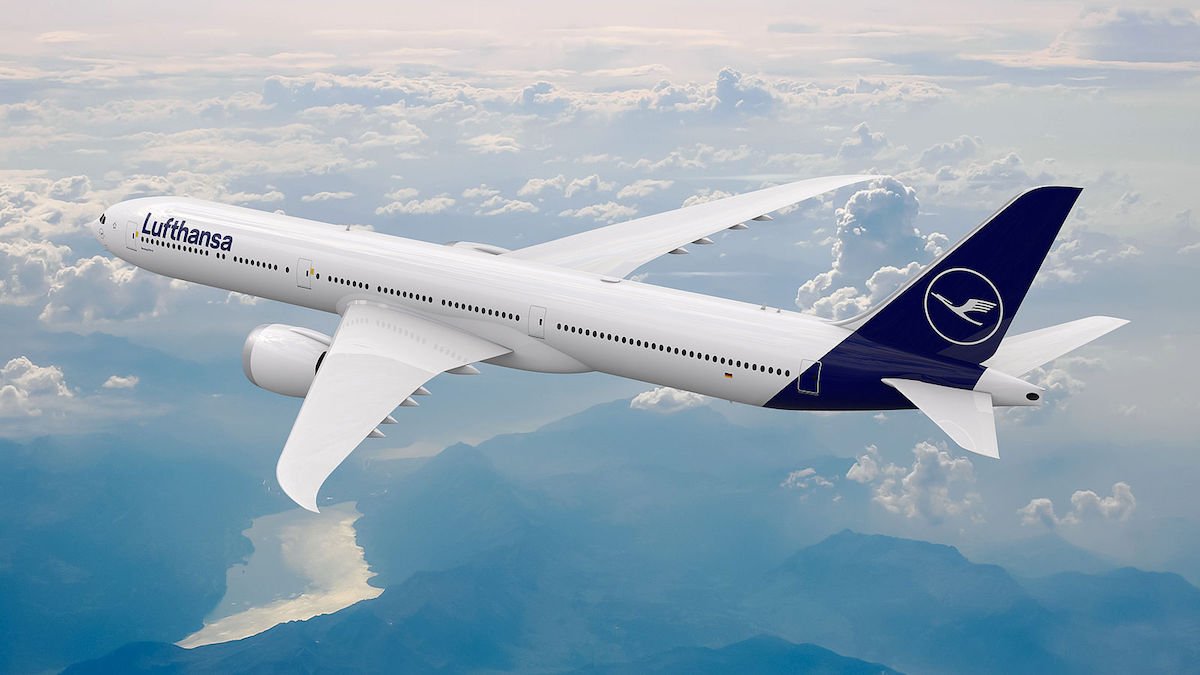 Why this would hugely benefit Lufthansa’s network

Lufthansa has a transatlantic joint venture with United, Air Canada, SWISS, and Austrian, and it sure seems to me like there are many markets where the Lufthansa Group could benefit from the A321XLR.

One of the big goals of the transatlantic joint ventures is to offer seamless one-stop connections. Surely there are transatlantic markets, as well as markets in Africa, India, and the Middle East, where they know an A330 would offer too much capacity, but where an A321XLR would perfectly do the trick.

This is true across the Lufthansa Group airlines. How about an Austrian flight from Boston, a SWISS flight from Washington, or a Lufthansa flight from Nashville, for example?

Beyond that, this could be really useful for Lufthansa to expand long haul operations from Dusseldorf to Berlin in key markets, especially with the death of Eurowings (Lufthansa has long had trouble deciding how to serve the Dusseldorf to Newark market).

Passenger comfort on the A321XLR

Lufthansa could easily install all of their current cabins on the A321XLR, including their business class, premium economy, and economy seats. So from a passenger comfort standpoint the seats themselves could be identical. 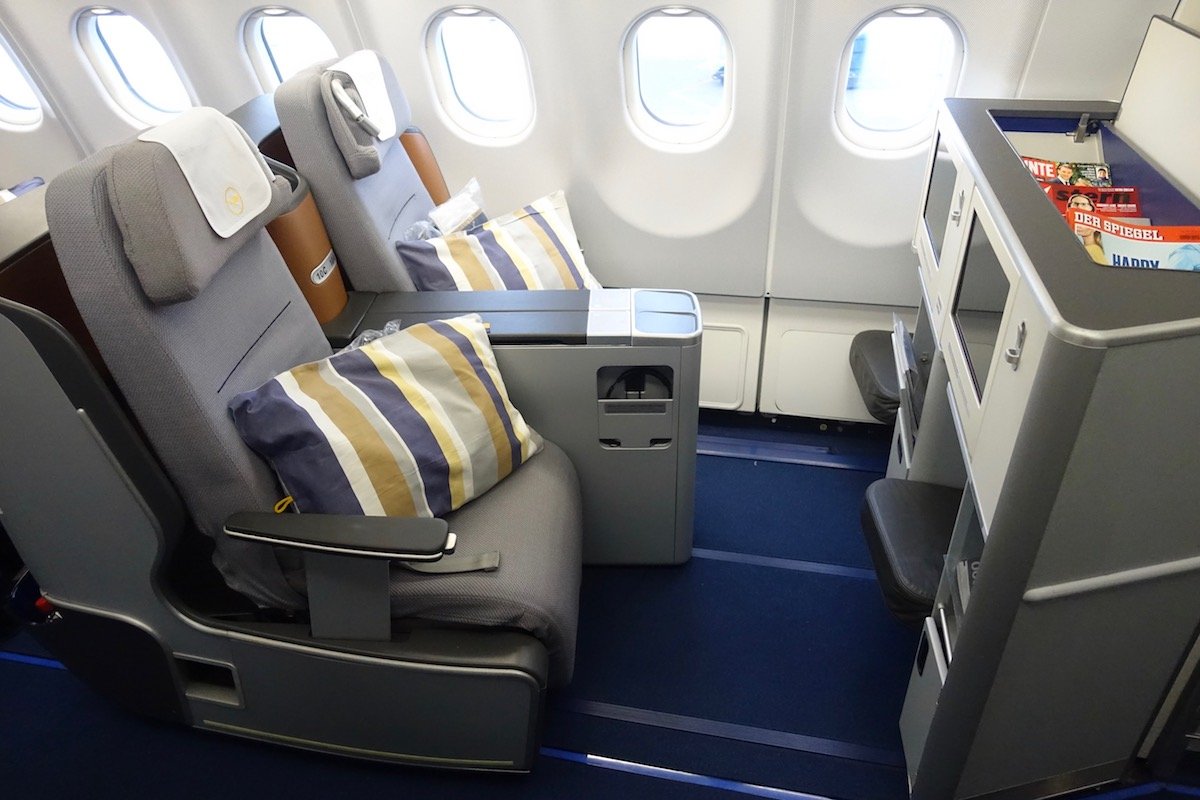 The only difference would be the overall spaciousness of the cabin, though I’d argue that there’s a fair tradeoff between being able to fly point-to-point and getting to fly a bigger plane.

If anything, an airline like Lufthansa should most be able to benefit from the A321XLR. Their joint ventures are all about offering one-stop service to points around the world, and there are so many additional city pairs that could be made possible here, especially when you think about allocating these across the Lufthansa Group airlines.

Lufthansa’s current smallest long haul plane has 250+ seats, so something smaller surely has a market.

My money is on Lufthansa Group changing their mind here and happily placing an A321XLR order. This plane is a game changer (for better or worse when it comes to passenger experience).

Hi,the only reason Lufthansa sent an a319 to Pune was because Pune doesn’t have a long runway,for a big plane Mr.Carsten knows,what he’s doing and knows what’s right for the company. At the end of the day,it’s not for us to judge and it’s not like this article can change anything.

It has got to be an improvement on flying on the narrow-body Ilyushin 62 that Aeroflot was flying until the 1990s, and having flown on those, as well as travelled overnight on long distance buses around Australia, South Africa and Europe, I'd be happy to travel overnight on an AX321XLR if it meant I could fly from a regional airport. @CraigTPA That's the kind of pednatry [sic] up with which I shall not put. @The nice Paul Languages have quirks - ironically, while the Scandinavian languages have two words for 'more' as well as two words for 'less', I've still seen Swedes write 'less people' in English, Norwegians write 'few evidence'. And let's have a little less of the 'let it go'? It's so hippyish, but then again, so are many linguistics departments.

The reason why LH doesnt need the XLR was mentioned in another interview here: https://runwaygirlnetwork.com/2019/07/02/lufthansas-a321xlr-impression-shaped-by-perceived-shortcomings/ I quote: "About half of Lufthansa’s cargo is carried in the hold of passenger planes, contributing 10-15% of flight revenue. “This aircraft is not a cargo provider,” Lufthansa Chief Commercial Officer – Network Airlines Harry Hohmeister said. “So why should I take a maybe 0.3% cost advantage against a 10-15% revenue disadvantage as Lufthansa?” He drew an important distinction that the group’s impression of the XLR may not be shared by peers. “Of course others might not have a cargo organization like we have.”" I think that explains it very well. Lufthansa would need a smaller A330, maybe sth like an A300neo or a B767X with a larger Cargo department, not a small single-aisle plane. Unfortunately Airbus is busy competing with themselves, e.g. the new 252t MTOW of the A330 now risks the A350, instead of building a smaller wide body for medium range. 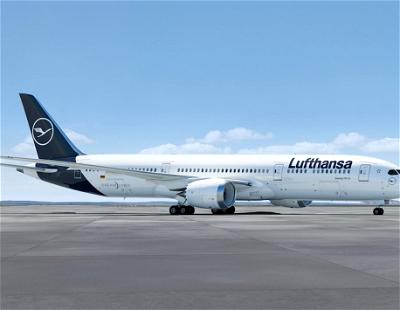