Most of you are probably aware that intra-Europe business class leaves a lot to be desired. For most of the major European airlines, business class on short-haul flights just consists of economy seats with blocked middles, and then you get better food and drinks. So you can expect seats with 30″ of pitch and virtually no padding.

Sometimes European airlines fly these planes on their longer routes within Europe, which can reach up to four hours. That’s a long time to spend in those uncomfortable seats.

However, Lufthansa is doing something truly crazy. Lufthansa has been flying to Pune, India, since 2008. They’ve been the only airline to fly nonstop between Pune and Europe. Lufthansa’s Pune flight has been operated by PrivatAir, which has both Airbus and Boeing narrowbody aircraft in a premium heavy configuration. This meant they could operate a low capacity plane on this fairly long flight.

However, over the summer Lufthansa ended their partnership with PrivatAir, causing them to cancel flights to Pune. The problem is that Pune Airport doesn’t have a very long runway, so I suspect they couldn’t operate a widebody aircraft there without taking a serious weight restriction (and even then it may not have been possible).

So Lufthansa is doing something creative… and sort of cruel. As of November 1, 2018, Lufthansa is resuming flights between Frankfurt and Pune. However, they’re using a regionally configured A319 for the route, and the plane will make a fuel stop in Baku.

The plane won’t actually pick up or drop off passengers in Baku, so passengers will remain onboard the aircraft the entire time. The schedule will be as follows:

That return flight is an 11hr35min redeye on a regionally configured plane with intra-Europe business class seats. That’s sort of unbelievable to me.

Meanwhile in both economy and business class there’s no inflight entertainment. They don’t even have drop-down monitors.

Not, surprisingly, there’s a ton of award availability on the flight, should you want to subject yourself to this.

Can anyone think of a worse flight — on any airline, anywhere in the world — to take in business class (and maybe even in economy)?

Lufthansa is the worst airline I have ever experienced and I do fly A LOT. I fly with Lufthansa on monthly basis and my last 20 flights have either been cancelled, rebooked or late. They refuse or heavily postponed any type of compensation. All claims have to be managed via mail to... the first two/three mails are slways standard mails where they refuse whatever you are asking for... in minimum it takes them 6 weeks to answer a mail... imagine the waiting time to get anything resolved. They are also running several scam-like schemes... for instance many of my flights have been rebooked to far cheaper options where Lufthansa refuse to compensate for the price difference. Stay away from this airline!

@Paolo Stuff of nightmares? Get a grip. It's not industry leading but you get a comfortable fully flat bed. What more do you want

I traveled from Detroit to Pune and back via Frankfurt on Oct 31 and returned via the same path on Nov 30. I traveled on Economy with my wife and a 2-year-old daughter. I was born and brought up in Pune. Here is my experience and some observations as a local. I had originally booked DTW-Pune on Oct 30. At the time of booking, there was a non-stop flight between FRA-Pune operated by Private Air. Flight time was 8 hr 20 min. Return from Pune-FRA was 11 hour with a technical stop on Bucharest. Lufthansa rescheduled us on Oct 31 flight and provided a new itinerary. They gave 14 days to cancel since it was involuntary change. However what Lufthansa didn't do was to fully explain the impacts of this change. It was dishonest behavior in my opinion. There was no in-flight entertainment. Lufthansa gave a free voucher for connecting to the Internet. It worked. Lufthansa had also sent an email about bringing a power-bank since there won't be power outlet on FRA- Pune flight. It is very disappointing for most the travelers. Me traveling with a 2-year-old this time, I could hardly watch any in-flight entertainment. (I flew on Delhi- FRA last year on A380. My DD was 6 months at that time and I watched a video for about 30 mins !!!). So it was not an issue for me. We had downloaded videos for my daughter to keep her busy. For those who need entertainment, I recommend having videos downloaded on your device. Also, have a power-bank available. Seats were thin as shown in pictures by Lucky. Seat recline was also very minimal. I had booked seat row 12. Legroom was fine. In fact, I felt more legroom than DTW- FRA A340 flight. Maybe because seat padding was so thin. And I personally hate seat reclining too much. The person in front me on DTW-FRA reclined his seat back fully, it practically was touching my face. Pune-FRA was supposed to be 11 hours 35 minutes flight. Scheduled arrival in Frankfurt was 9:15 am. It reached FRA at 8:23 am. But the plane is parked far away from the terminal and you need to take a bus from the plane to reach the terminal. I had a 10.55 am connection to Detroit and I reached the gate at 10:10 am. I would have missed connection had the Pune-FRA had arrived on time. We had 3 cabin baggage. Lufthansa requested us to check-in one bag since the flight was full and there was a space limitation in the overhead compartment. They said one of the bags is oversized for cabin luggage and they might ask us to check-in at the gate. In reality, it was standard size cabin bag and perfectly fit on the same flight between FRA-Pune. It sounded more of a threat than a request. I was very annoyed since we had 3 tickets and were allowed to carry 3 bags in the cabin. The same thing happened on my last year's journey between FRA-Pune Private-Air flight. They randomly ask to check-in cabin bag at the gate since the plane is small. I was checking for an upgrade on Lufthansa website and they mentioned a fully flat bed. I did not upgrade. I did not witness any difference between Economy and Premium Economy/Business on the FRA-Pune connection. I am wondering how this is classified as an inconvenience and not a fraud. You clearly are taken more money and promised a service and did not provide that. It is a fraud in my opinion. Some of the people have mentioned flying to Mumbai and then taking the road to reach Pune. It might look only 150 km from Mumbai or 2 hours drive, the reality is very different. One could travel fast on Mumbai-Pune expressway, but then you have to deal with Mumbai city traffic once it is over. Additionally, consider the hilly section of expressway around Lonavala which is notorious for congestion and it is even worse. Most of the international flights to Europe leave Mumbai between 2 am -4 am. So if you have a flight from Mumbai at 2 am, people normally leave home from Pune at least by 7 pm (or 6 pm to avoid getting delayed due to unexpected traffic congestion). On the other hand, you could leave by 10 pm if you are connecting from Pune. For me, those extra 3-4 hours make a huge difference when making a 24-hour journey to the USA. Same is the case with connecting via middle east or Delhi. Any stopover will add 5-6 hours to your journey. Pune has a lot of automotive and software firms. Having a direct connection to a major European airport is a very tempting option despite these drawbacks. Overall I felt one needs to consider the pros and cons of flying on a FRA-Pune flight or connect via ME/Delhi or drive from Mumbai. I am going to avoid flying on this route again and would rather drive to Chicago from Detroit for better options or fly via Delhi/Mumbai. 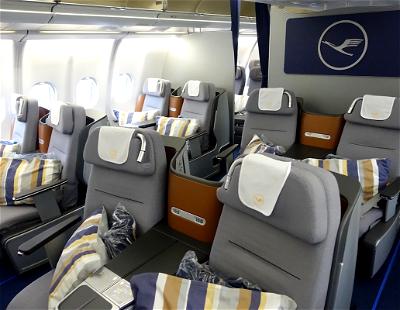 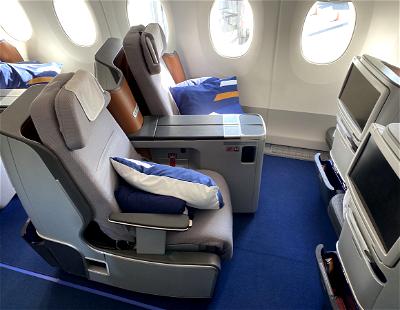