With the winter airline schedule officially kicking in as of the end of October, I wanted to recap which Lufthansa planes feature first class, which routes they fly, what to expect from the experience, and how to redeem miles for the product.

Over the past several years, Lufthansa’s footprint of aircraft with first class cabins has shrunk considerably. That situation was only made worse by Lufthansa’s decision to ground its Airbus A380 fleet, which was previously the carrier’s flagship aircraft.

At this point Lufthansa just has two types of aircraft with first class — the Boeing 747-8 and the Airbus A340-600:

Lufthansa has also announced that it will bring back the Airbus A380 in 2023, and it’s expected that these jets will be based in Munich. However, exact routes haven’t yet been announced for these planes.

As mentioned above, those Airbus A340-600s are only being brought back for a limited time, for roughly a year. That’s because in the summer of 2023, Lufthansa will start taking delivery of at least 10 Airbus A350-900s with first class, which will be based in Munich.

Out of Frankfurt, first class is exclusively available on Boeing 747-8s. So which routes do these planes operate? Lufthansa offers first class on flights from Frankfurt to the following destinations:

I’d note that these routes remain subject to change, and we often see changes even within weeks of departure. Based on what I can tell, it seems that Lufthansa might be looking at parking some 747-8s this winter, as it’s a period that’s historically quieter for leisure demand.

I think it’s most noteworthy that Lufthansa has taken first class off both Frankfurt to New York routes (EWR and JFK), as during the summer season both routes were operated by the 747-8.

Out of Munich, first class is currently exclusively available on Airbus 340-600s. So which routes do these planes operate? Lufthansa offers first class on flights from Munich to the following destinations:

The Miami service is new as of winter. I’m surprised that neither Los Angeles nor San Francisco are getting first class this winter, especially since it seems like Lufthansa would have a spare A340-600 or two, based on the current schedule.

We can expect more routes to get first class in the summer of 2023, as Lufthansa brings back A380s, and starts taking delivery of A350s with first class.

What to expect from Lufthansa first class

Lufthansa offers a solid first class experience on its Boeing 747-8. When departing Frankfurt, the awesome experience starts on the ground, as you can use Lufthansa’s incredible First Class Terminal.

While there, don’t forget to pick up your duck, since that’s always a fun feature of Lufthansa first class.

From there you’ll be driven across the apron to your plane, which sure is a treat.

Lufthansa’s 747-8 first class cabin features a total of eight seats, spread across three rows. There are three rows of single seats on each side, and then in the third row there’s a pair of seats in the middle. With so many airlines retiring the 747, it’s such a treat to be able to sit in the nose of the queen of the skies!

Lufthansa’s inflight catering in first class is generally great as well, with a caviar service to start, along with a variety of appetizers, main courses, and desserts.

While Lufthansa’s inflight entertainment selection is just okay, the airline does have inflight Wi-Fi, and first class passengers even receive a voucher for complimentary access.

I’ve found service in Lufthansa first class to be pretty consistently excellent, and to strike the right balance between being professional and personable.

Lufthansa’s A340-600 first class also consists of eight seats, but the seats are instead spread across two rows in a 1-2-1 configuration. The Lufthansa First Class Lounge Munich is also pretty awesome.

How to redeem miles for Lufthansa first class

You can redeem miles from all kinds of Star Alliance airlines for travel in Lufthansa first class. I’d note that generally Lufthansa makes first class award seats available to members of partner airline frequent flyer programs at most 15 days before departure.

The good news is that Lufthansa pretty reliably opens up these seats as the departure date approaches, assuming there are empty seats (this might not be 15 days out, but rather more often than not will be in the days leading up to departure).

So, what are the best programs for booking Lufthansa first class? Here are some popular options that partner with transferable points currencies, with pricing listed for one-way travel between the United States and Europe:

None of those programs have carrier imposed surcharges on these awards, which is why I’m highlighting them.

Hopefully the above is a useful summary of which routes you’ll find these planes on, what to expect, and how to redeem miles for the experience. Unfortunately the winter schedule is showing a significantly trimmed first class network.

Any other questions about Lufthansa first class that I missed?

If one is willing to jump through the loopholes to get Lufthansa miles, how hard is it to snag F seats 6-10 months out? Do they leave any seats available for their own members?

As someone who has played the LH F game for years with last minute Aeroplan bookings I would venture to say that things have indeed changed the past three months. Seeing F4 two days out used to be a clear signal that they would open up at some point. Since August this has not been the case. Even the night before with you F3 it’s not opening. I’m not sure what’s going on but this used to be almost 100% that you could snag last minute F with those numbers showing in Expert Flyer.

This is so spot on with my experience 2x this summer. The stuff about 15 days out is hogwash now; LH has bidding for F upgrades, and all sorts of mechanisms that are more lucrative to seat people in F (good for them, I say). For those using miles, it's not ideal. If you can get it, great...but have zero expectations that if a flight is F8 ~10 days before departure that you'll see F award space open. These days, LH is waiting until the *very last minute* to open space...meaning 4-24 hours before departure. 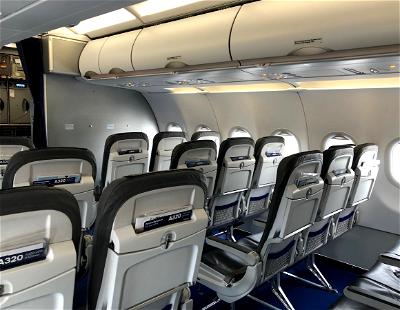