71
Share
Tweet
In the interest of full disclosure, OMAAT earns a referral bonus for anyone that’s approved through some of the below links. These are the best publicly available offers (terms apply) that we have found for each product or service. Opinions expressed here are the author's alone, not those of the bank, credit card issuer, airline, hotel chain, or product manufacturer/service provider, and have not been reviewed, approved or otherwise endorsed by any of these entities. Please check out our advertiser policy for further details about our partners, and thanks for your support!

One of the most popular perks of premium credit cards is airport lounge access. That’s an area where the Capital One Venture X Rewards Credit Card shines, as it offers the most lucrative path to a Priority Pass membership of any premium credit card, in my opinion.

I applied for this card and was instantly approved, and I know many OMAAT readers are in the same boat.

There have been a lot of questions about how the Priority Pass membership on the Capital One Venture X works, so I wanted to provide an updated look at that.

How the Capital One Venture X Priority Pass perk works

The Capital One Venture X offers a Priority Pass membership for the primary cardmember and authorized users, providing access to airport lounges around the world. Cardmembers can access lounges an unlimited number of times, and can bring up to two guests with them with each visit. This is offered as part of the card’s Visa Infinite benefits.

Priority Pass is the world’s largest network of independent airport lounges, with 1,300+ lounges around the world. Priority Pass as such doesn’t operate lounges, but rather it’s a program that pays third party lounges to admit its members. While you can buy a Priority Pass membership directly, this is also offered as a perk on many premium credit cards.

How do you sign-up for your Priority Pass membership?

Capital One states that you’ll be eligible to enroll in Priority Pass about one week after you’re approved for the Capital One Venture X. However, based on my experience, it’s faster than that — I received my credit card in the mail two days after being approved, and was immediately able to register for my Priority Pass membership.

Cardmembers can enroll at prioritypass.com/capitalone. At the link you’ll have to enter your 16-digit Capital One Venture X card number.

You’ll then have to go through the enrollment process, which starts by selecting your country of residence.

The next page will confirm that the Priority Pass membership won’t cost you anything.

You’ll then have to go through the process of registering your account, which includes five different pages. You’ll have to share some personal details, including your billing and mailing address, and your card number (the card won’t be charged, but rather this is just to verify that you’re supposed to get a complimentary membership).

After enrollment, cardholders get instant access to their digital Priority Pass card, and will then be mailed a physical card.

In my case it took about two weeks for my physical card to arrive in the mail. For what it’s worth, my Priority Pass card number has 11 digits, and at least my card number starts with “104.”

I mention this because people with multiple Priority Pass cards can often get confused about which card was issued with which credit card, so this can be worth knowing in terms of guesting privileges, accessing Priority Pass restaurants, etc.

What’s fantastic is that you can now even use your Capital One Venture X directly to access Priority Pass locations — it’s my understanding that this is the only card that offers this perk, as an alternative to a physical Priority Pass card or digital membership.

Do authorized users get a Priority Pass membership?

Which lounges can you visit with Priority Pass?

You can check Priority Pass’ website or mobile app to see which lounges you can access. It’s usually easiest to search by airport. When you check out the page for a particular lounge, make sure you review the entry restrictions. For example, some lounges only admit Priority Pass members certain times of the day, some have limits on how long you can stay in the lounge, etc.

The Priority Pass membership offered through the Capital One Venture X offers unlimited lounge visits. Not only can you visit multiple lounges at a particular airport, but can you visit lounges as many days as you’d like. As long as you’re traveling the same day, there are no limits on how often you can access airport lounges.

How many guests can you bring into lounges?

The Priority Pass membership issued with the Capital One Venture X allows you to take up to two guests with you into lounges on a complimentary basis. The guests must be accompanying you, so they may have to present their same day boarding pass. But yes, you can take two guests with you (for a total of three people) into Priority Pass lounges an unlimited number of times.

In some cases lounges may have capacity limits and might not allow two guests, so you’ll want to consult Priority Pass’ website for all the details.

Can you get credits at Priority Pass restaurants?

Nowadays there are plenty of Priority Pass restaurants. With this, Priority Pass has partnered with select airport restaurants, where cardmembers can receive a credit toward food & drinks in lieu of access to a lounge.

Priority Pass memberships issued through Capital One are eligible for credits at Priority Pass restaurants. This puts the card’s policy in line with the policy of the Chase Sapphire Reserve® Card (review), and makes it a better policy than what you’ll find with The Platinum Card® from American Express (review), which doesn’t offer credits at these restaurants.

Can you access Capital One Lounges with Priority Pass?

There are new Capital One Lounges that are opening at select airports (the first lounge opened at DFW — read my review here). These can be accessed by those with the Capital One Venture X, though you’d access them directly with your credit card, rather than with your Priority Pass membership.

So you don’t have to pay to visit Priority Pass lounges?!

I’ve had a couple of people point out that Priority Pass’ website lists membership costs that range from $99 to $429 annually. Indeed, that’s the cost of a membership if you bought it directly from Priority Pass, but you’re getting that membership included with your credit card.

For what it’s worth, the membership you’re getting with the Capital One Venture X is closest to the $429 “Prestige” membership, in terms of the perks being offered. Yep, that’s pretty incredible, because that’s higher than the annual fee on the Venture X.

There are several premium credit cards that offer Priority Pass memberships, but I’d argue that no card is more rewarding in that way than the Capital One Venture X:

The Capital One Venture X offers lots of awesome perks. Many people will appreciate the Priority Pass membership issued by the card. This offers access to 1,300+ lounges around the world, with unlimited visits, and the ability to take two guests with you. Credits at Priority Pass restaurants are also included with this benefit.

What do you make of the Capital One Venture X’s Priority Pass perk?

Ben, did Capital One give you a quota to hit in terms of the number of blogs about the card with this sponsorship? It's a bit ridiculous now; 5 of the last 10 (which is the entire front page to "Load More") are dedicated to this card. I have been reading a very long time, but this is the "worst" (for lack of a better phrase) I've ever seen hawk a single product. I don't think the priority pass membership warranted an entire blog... I only mention this because I think you are doing yourself a disservice. Passionate readers are passionate readers because of the reputation you have built and you've largely steered away from this kind of thing (meaning obvious sponsorship). But between these excessive blogs and the ludicrous "Capital One" screenbackground, it's turning people off (just check out FT over this past week).

@ pstm91 -- I appreciate your understanding, and certainly recognize how the background combined with the content can come across (though I promise the two are unrelated). And you're right, in general it's a challenge to figure out how to hash out content. Each of these posts about specific benefits is 1,000+ words, which is already a lot more than most people want to read. So if I put everything in a single post, I can't imagine how many words it would be, and there probably wouldn't be much interest. I also recognize that a lot of regular readers or people who have been in the hobby for a long time know exactly how Priority Pass works, and don't need it spelled out in such great detail. But then there are others who don't know. Again, I appreciate you reading, and your patience. I promise stuff will be back to normal shortly. Frankly it's a pretty slow news week otherwise in the travel space, so I'm not sure there's all that much more that's super interesting and current to write about.

Normally I really don’t care much for CC shilling but Venture X is clearly the biggest deal in the travel card world since CSR showed up 5 years ago. In this case I don’t mind the extended exposure it’s been getting… I am excited to read about what Cap1 has in store for the next few years. 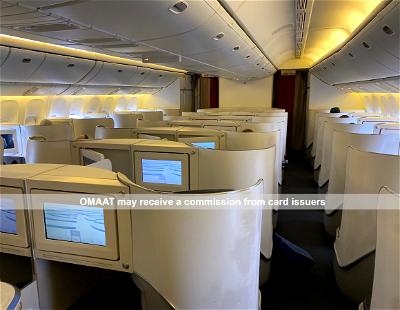 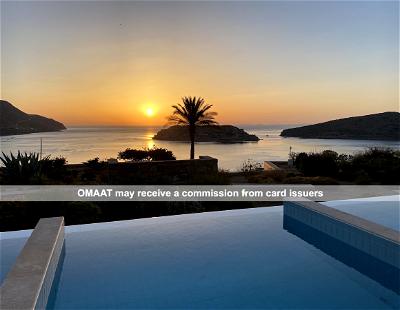 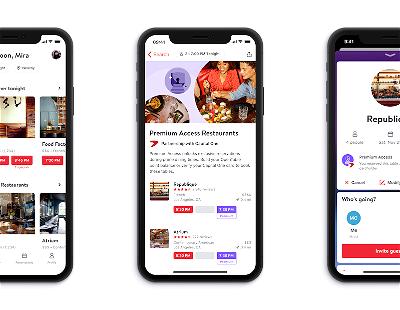