18
Share
Tweet
In the interest of full disclosure, OMAAT earns a referral bonus for anyone that’s approved through some of the below links. Citi is an advertising partner of OMAAT. These are the best publicly available offers (terms apply) that we have found for each product or service. Opinions expressed here are the author's alone, not those of the bank, credit card issuer, airline, hotel chain, or product manufacturer/service provider, and have not been reviewed, approved or otherwise endorsed by any of these entities. Please check out our advertiser policy for further details about our partners, and thanks for your support!

American Airlines made radical changes to its loyalty program as of 2022. The Fort Worth-based airline completely reimagined how elite status is earned, and eliminated the concept of elite qualifying miles and elite qualifying dollars.

Instead earning AAdvantage elite status has been significantly simplified, and doesn’t just account for how much you fly with American, but also accounts for how much you engage with American’s partners. You can now earn top tier status exclusively through credit card spending, if you wanted to. This is such a radical departure from the old system, and I’d largely consider that to be a good thing.

In this post I wanted to cover everything you need to know about the Loyalty Points program.

American’s invitation-only Concierge Key status continues to have unpublished qualification requirements. However, we have reason to believe that some non-flying activity may also be considered toward earning Concierge Key, unlike in the past.

Note that with the Loyalty Points program, status is earned between the beginning of March of a particular year and the end of February of the following year, and is then valid through March 31 of the year after that. That means status is no longer based on the traditional calendar year.

How to earn Loyalty Points for flying American Airlines

How to earn Loyalty Points for flying partner airlines

Let me give a couple of examples. Say you’re an AAdvantage Executive Platinum member booking an Alaska Airlines first class ticket from Los Angeles to Seattle in the “I” fare class. That flight covers a distance of 954 miles, so how many Loyalty Points do you earn? Based on the mileage earning chart:

Say you’re an AAdvantage Gold member booking a British Airways first class ticket from San Francisco to London in the “A” fare class. That flight covers a distance of 5,367 miles, so how many Loyalty Points do you earn? Based on the mileage earning chart:

How to earn Loyalty Points for credit card spending

See this post for all the details on earning Loyalty Points with credit cards.

How to earn Loyalty Points for other partner activity

As far as non-flying activities go, there are some other partners beyond credit cards that allow you to earn qualifying Loyalty Points. Specifically, base miles earned with the following partners can earn you Loyalty Points:

Even if you hadn’t considered these programs in the past, these could be worth another look, as you can rack up Loyalty Points based on your everyday purchases.

There are several types of activity that don’t earn Loyalty Points, including:

I find these exclusions to be interesting. I’m not surprised that buying miles doesn’t count toward Loyalty Points, though at the same time, I don’t follow the logic of that:

There’s one major catch, though. In order to be able to earn Loyalty Choice Rewards, you need to log 30 segments on American or a qualifying partner airline during your membership year. American Airlines marketed award flights even count toward that requirement.

In other words, this is a way to avoid giving those perks to people who don’t actually fly American frequently. There are Loyalty Choice Rewards perks at the following tiers:

See this post for all the details on Loyalty Choice Rewards, and which represent the best value.

When earning 125,000 Loyalty Points plus completing 30 qualifying segments, Platinum Pro members are able to select one of the following:

When earning 200,000 Loyalty Points plus completing 30 qualifying segments, Executive Platinum members are able to select two of the following:

Perks are similar at the higher Loyalty Choice Rewards thresholds.

How to see your AAdvantage Loyalty Points total

You can click on the “Activity” tab to see a breakdown of the Loyalty Points you’ve earned for all your AAdvantage accruing activity.

If you want to figure out your progress toward the 30 eligible flights needed to earn Loyalty Choice Rewards, click on the “Promotions” tab. There you’ll see how many eligible flights you’ve taken. However, this will typically only show if you have Platinum Pro or Executive Platinum status.

In other words, the more Loyalty Points you rack up on an ongoing basis, the higher your upgrade priority will be within your elite tier. Nowadays all AAdvantage elites are eligible for complimentary upgrades within North America, and upgrades even extend to companions.

However, there are lots of people eligible for upgrades and limited seats to upgrade to, so higher elite status and a higher Loyalty Points total really makes a difference for clearing into an available seat.

American AAdvantage has lifetime elite status, whereby you can earn AAdvantage Gold or Platinum status for life, for passing one million or two million lifetime miles (respectively). The requirements to earn that are remaining unchanged, and are unrelated to Loyalty Points.

Instead miles toward Million Miler are calculated based on the distance flown for American marketed flights, or base miles earned for travel on eligible partner marketed flights. That means you can’t earn lifetime status through credit card spending (as an example).

As mentioned above, qualifying for elite status in the AAdvantage Loyalty Points program is based on activity between March 1 of a given year, and February 28 of the following year.

How hard is it to earn AAdvantage elite status with the Loyalty Points program, compared to the previous one? For context, AAdvantage Executive Platinum status used to require earning 100,000 elite qualifying miles and 15,000 elite qualifying dollars in a year. Now the status requires 200,000 Loyalty Points (plus 30 segments, if you want to earn Loyalty Choice Rewards).

With that in mind, a few thoughts on the math here:

Why American shifted to the Loyalty Points system

Some road warriors are confused and frustrated about why American has made these changes, which increasingly incentivize qualifying for status through non-flying means.

So it’s entirely rational that American would want to give people an incentive to engage in the activity that’s profitable and high margin.

See this post for more on why this program makes sense.

I’m a fan of the concept behind these changes. The Loyalty Points concept simplifies earning elite status, and does a better job of considering a member’s overall engagement in a loyalty program, beyond flying. After all, that’s how a loyalty program makes money and best engages with members.

What do you make of the AAdvantage Loyalty Points program?

One minor frustration (minor as it does not impact most customers) is a max. limit of 75k LP's per PNR. I got capped twice this week on 8k+ tickets.

Lucky, You can see and track your 30 qualifying/eligible flights/segments on your app by going into the “promotions” button

You unfortunately do not earn 11 points per dollar spent when booking on AAVacations. You will earn LP’s based on “distance” + cabin bonus, and typically a 1,000 point AAVacations bonus. They don’t explain that well at all and it cost me a lot of points. Using the vacations platform can cost you several thousand points depending on the cost vs. Distance calculation. 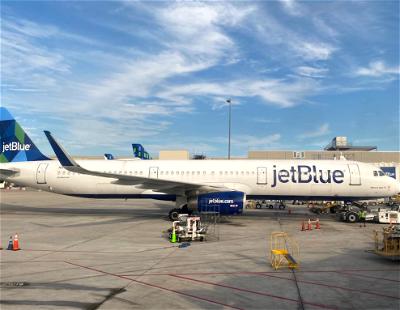 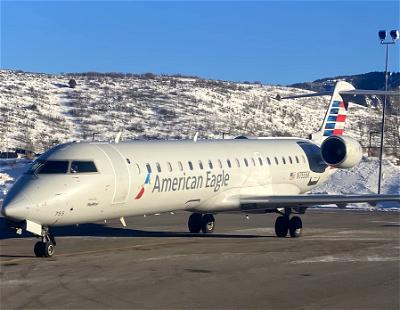