For years we’ve seen airlines unbundle economy fares. This has come partly in the form of expansion of ultra low cost carriers, though full service airlines have largely matched. For example, American, Delta, and United, have all added basic economy fares, which have been unpopular with consumers.

However, up until now we haven’t really seen airlines unbundle business class too much. While there’s massive variability in the cost of business class fares, virtually every airline includes lounge access if you’re on a paid business class ticket.

Emirates warned us this was coming…

In 2016, Emirates’ president, Tim Clark, announced that the airline was considering unbundling business class. Interestingly at the time he suggested they’d introduced an unbundled business class product as an alternative to introducing premium economy.

The logic was that many people don’t value many of the business class frills, but just want a great seat. So it seemed most efficient to simply introduce more options in business class.

It seems he’s following through on this, but has also changed his mind — not only is Emirates introducing premium economy next year, but they’ve also just rolled out unbundled business class fares. 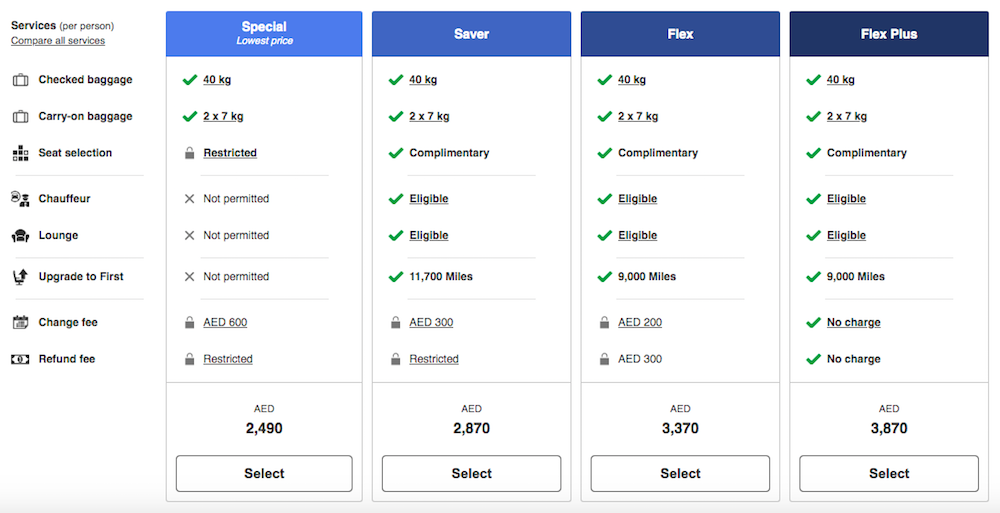 As of now it seems like very few routes have these Special fares available, though that’s probably because this was just implemented, and it will be expanded significantly over time. 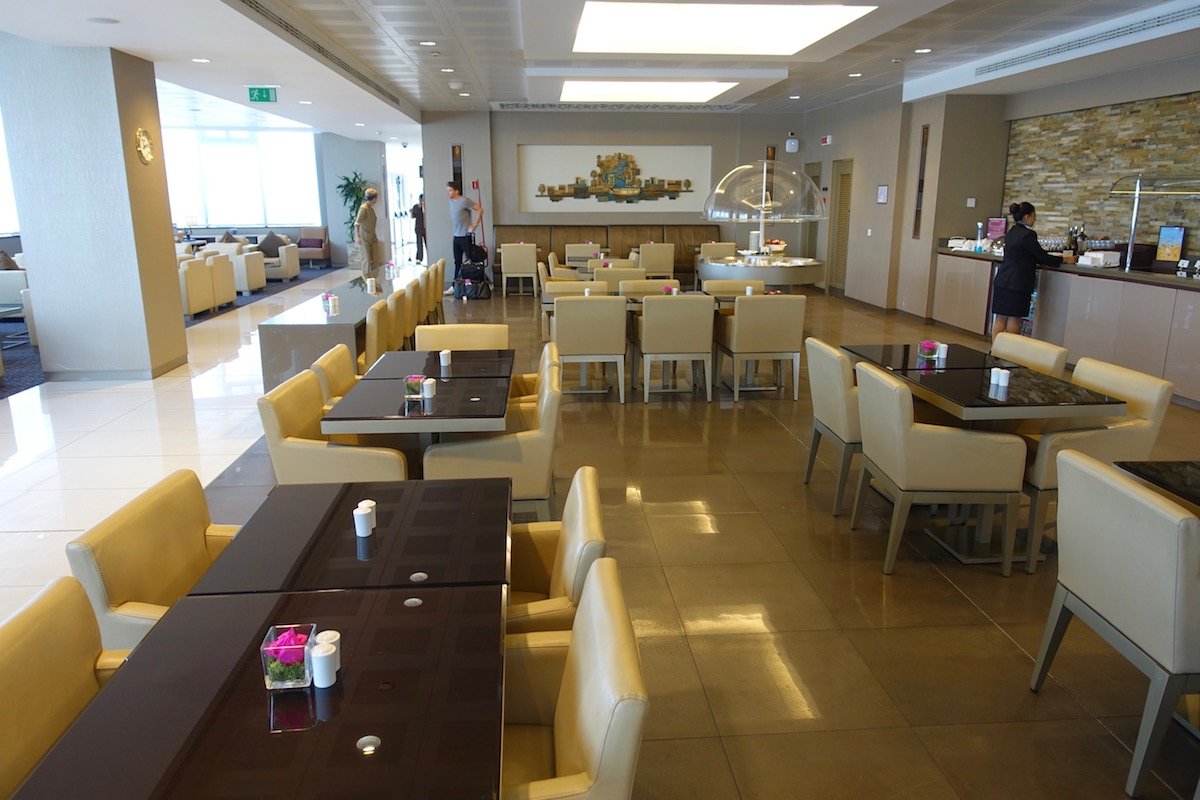 Emirates is cutting lounge access for some business class passengers

First of all, I’d say this move very much shows how the Gulf carriers are increasingly trying to improve their financial performance. That doesn’t come as a surprise to me, though US carriers love to claim that Gulf carriers have no profit goals, and this suggests otherwise.

I view this move as a huge deal. This is the first major airline in the world I can think of that doesn’t offer lounge access on discounted business class tickets. That’s significant, because in the airline industry when one airline does something, others follow.

Eliminating chauffeur drive and reducing mileage earning and having fares that don’t let you upgrade to first class all seem fair enough, and none of those are unprecedented.

Not being able to assign seats in advance maybe isn’t a terrible move, since it means those on more expensive fares have better odds of assigning good seats when booking last minute.

So this is clearly being done to try to get people to book higher fares, rather than being done to create a lower cost product, since an incremental cost of a few dollars for lounge access shouldn’t drive Emirates’ decisions here.

My bigger concern is the confusion this will create. People assume that they have lounge access when flying business class. Period. I imagine this will create a lot of anger among passengers — sure, some will know what they’re buying, but I’m sure there are just as many people who book fares and don’t know the restrictions they’re agreeing to.

Emirates’ new business class fares are quite extreme, in my opinion. Last year Qatar Airways eliminated lounge access for those upgrading from economy to business class, and that was a big deal at the time.

But to eliminate lounge access on a paid business class ticket is next level. I’ll be curious to see if other airlines follow, and if Emirates gets backlash here.

What do you make of Emirates cutting lounge access on discounted business class fares?

wow -- not a wise move to gain passengers. They also don't status match only status challenge. And even with that they only give you a one level upgrade - not a match