I have a lot of respect for Anthony Bourdain (it’s incredible the brand he has built based on eating food around the world), though personally a lot of what he says doesn’t resonate with me. Obviously we travel for very different reasons. As much as I make traveling about the journey to an extreme, he makes traveling about food, also to an extreme (in my opinion, at least).

That being said, I do find Bourdain’s impressions of things to be fascinating, keeping in mind that he phrases things in absolutes as part of his persona.

An interview was just published with Anthony Bourdain on bonappetit.com, and it has some pretty interesting quotes about airplane food, room service, and more. I figured I’d share a few of the most interesting parts.

Do you eat the plane food?
Never. No one has ever felt better after eating plane food. I think people only eat it because they’re bored. I don’t eat on planes. I like to arrive hungry.

I certainly don’t disagree, and I’ve largely written off domestic plane food. At the same time I do think saying “never” is a bit of an extreme. I’ve certainly had some restaurant quality meals in the air, though I know everyone has a different approach to that. 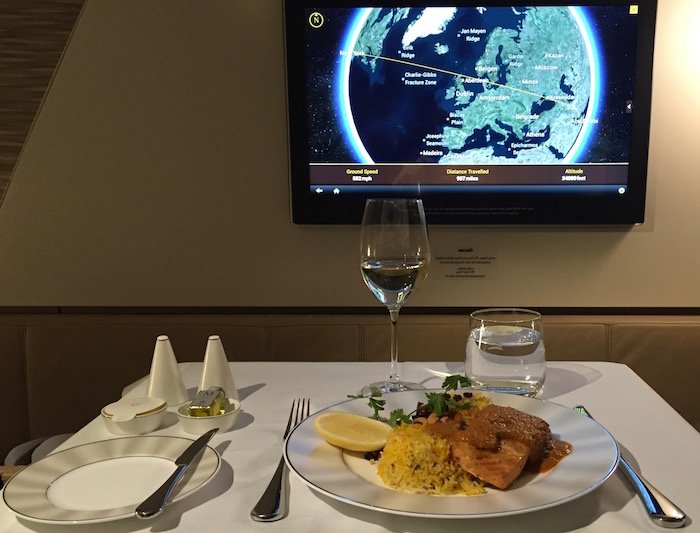 He’s then probed about dining on longhaul flights:

Of course it depends on the airline and cabin you’re flying. I assume he’s usually at least in business class. Though if we’re going off the assumption that airplane food is bad, I’m not sure I totally follow how bad cheese is better than bad salad, for example. But there you have it — he just has cheese and port on longhaul flights. 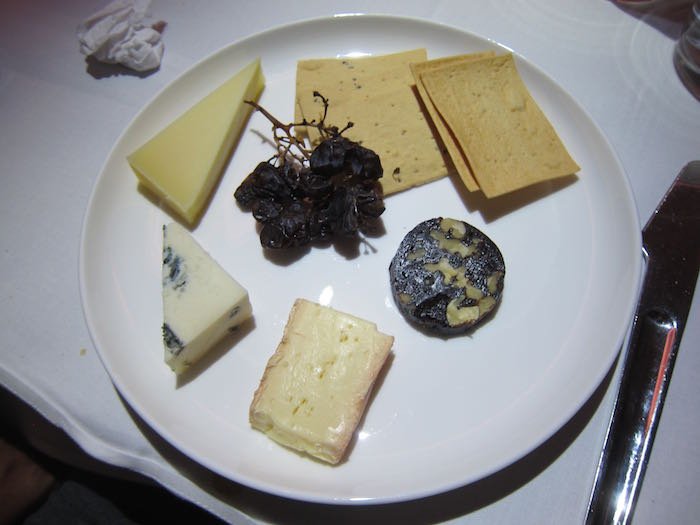 And now we get to the part on which I strongly disagree with him. Bourdain doesn’t care about coffee, but likes it light and sweet:

As longtime blog readers know, for me coffee is a lifestyle, which is why I spend so much time talking about it on the blog. 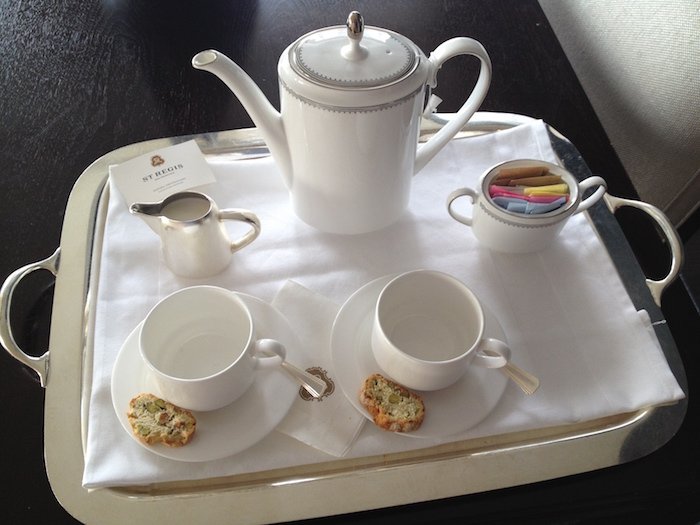 He’s also asked about room service, which he says it’s never okay to order, unless it’s just coffee and croissants:

Is ordering room service ever okay?
No. For breakfast, maybe. I don’t really eat breakfast, but having coffee and some croissants in the room is always nice. But if you really want to send yourself into a tragic spiral of depression, call down for a room service hamburger when you’re alone in your room. You will inevitably be disappointed and more than likely sent into a manic-depressive state for days.

Again, I think he’s being intentionally over the top here as it’s part of his persona. I’ve had plenty of great room service meals. None have been unforgettable dining experiences, but that’s not the point. Sometimes you just don’t want to leave your room, whether it’s because you have work to do, you’re exhausted, it’s cold outside, or a countless number of other reasons. But not every meal has to be an experience, in my opinion. And while eating cobra heart and seal eyeballs is certainly an “experience,” personally I’ll take room service over it. 😉 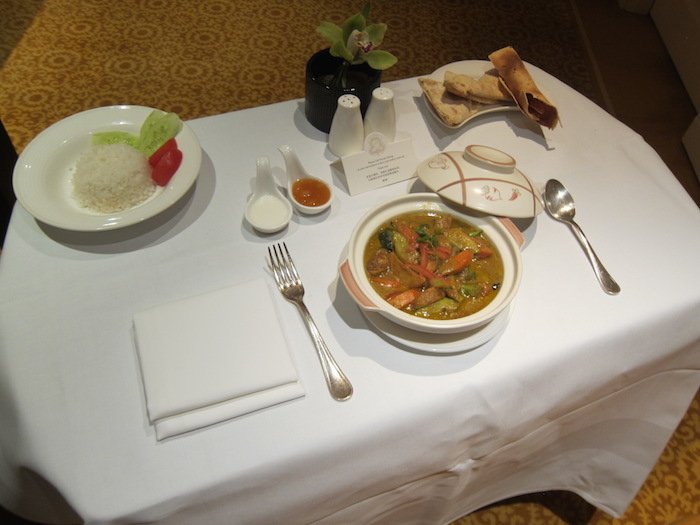 Where do you stand on airplane food and room service?

No point in comparing airline food to a fine dining farm-to-table restaurant. It's food served 43000 ft in the air!! What does one expect? It's simply amazing what airlines are able to offer in premium classes now a days. I'm not a big eater, so I am usually content with not eating over a 14 hour flight since I like to enjoy the bed and be fresh and rested to start work/travel as soon as I land. Fruits and snacks are my go to. I don't see what is wrong with room service. My best room service experience was in Shanghai at the Ritz. I had a reservation at the MMBund which I visit frequently when I go to Shanghai, but this time I was tired and just worn out. When talking with the concierge, I mentioned that I wasn't able to make it there that night and was a little disappointed. Guess what? They sent someone to the restaurant to bring my favorite dishes back for me so that I can dine peacefully and comfortably in my room. In return I left a generous tip. So...what's wrong with room service??

I like to drink my ass off in First international. Not to get drunk, but just enjoy myself (especially in ANA First). Might as well down the Habiki and Krug. Meals are hit and miss, but most Asian airlines are spot on and worth eating. If I'm dropping $20k on a ticket, I'll do as I please and they will kiss my ass. Really could careless what old Anthony does or says. Means absolutely zero to me.

Generally, I only order room service when I'm traveling for business and there's nothing else around. Most of the time, I'm in the middle of a bustling city where I have plenty of other options for a meal, but occasionally, I'll end up at a hotel for work where I'd have to grab a cab or an Uber in order to find something to eat. In those instances, I will order room service (or eat at the on-site restaurant). I rarely eat on a plane, since I'm usually in economy. I just bring my own food/snacks if it's a long haul flight, or eat before I get on (or wait until the flight is over) if it's a short flight. 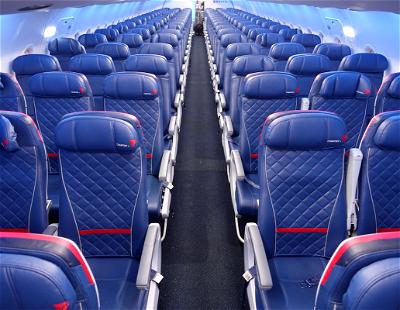 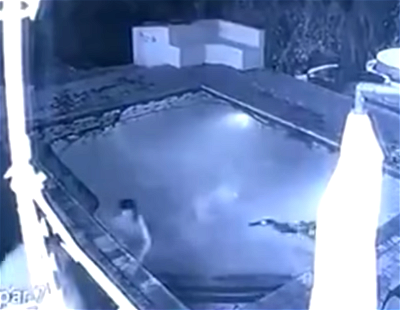