As any road warrior can relate to, staying healthy while on the road can be a struggle. And unfortunately it only gets worse when you live on the road… or in the air, as the case may be. 😉

This post isn’t about eating healthy, but rather just about how I’ve personally reached a turning point with domestic airline food.

For all the time I’ve been involved in this hobby (about a decade), domestic airline food hasn’t exactly been gourmet. That being said, the quality has varied substantially over time and by carrier.

But no matter how bad first class food was domestically, in the past I’ve always found myself eating it. Why?

But in a very backhanded way, American has done me a favor. American’s domestic first class catering has become so bad that I’ve just stopped eating it. And frankly I feel so much better thanks to it.

I don’t even want to think about how many calories each meal has, let alone two. Which I might be willing to selectively ignore if the food actually tasted decent… but it doesn’t. 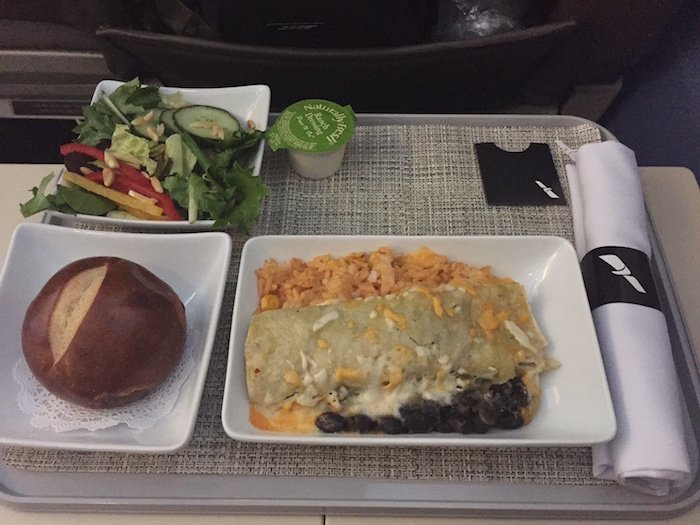 Yes, I had some nuts and a Diet Coke on the first flight, but that was it. Then I had an actually edible meal in the American Express Centurion Lounge in Dallas, and then I just had water to drink on my flight to Tampa. I felt so much better upon arriving in Tampa than I’d feel if I had eaten both meals. 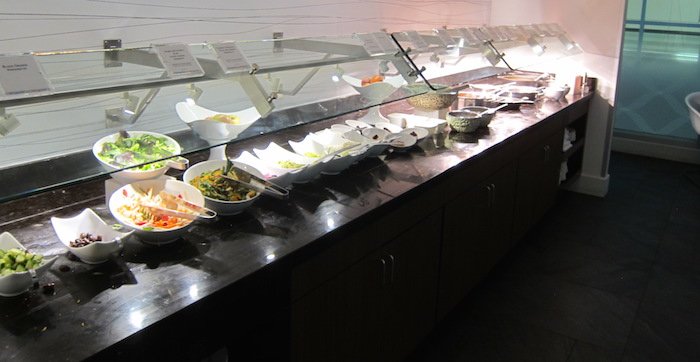 To be clear, I’m not saying I’ll never eat another domestic airline meal again. But on a day like yesterday where I had two slightly over two hour flights, skipping meals on both flights was the right move.

I’ll probably still eat on flights that are longer and during meal windows, and regrettably will go with the pasta option (since the meat served domestically is just horrible).

But after over four million butt in seat miles, I think I’ve finally been cured of the “eating airplane food out of boredom” curse. And I owe it all to American!

What’s your strategy when it comes to domestic first class airline food? Do you eat it, skip it, or what goes into your decision making process?

Who cares? Im exited to get a Big Mac or Whopper. Its all good.

I rolled my eyes at United's heavily marketed "improvements" to domestic F catering, but I have to admit the chicken on my SFO-DCA flight last Sunday was surprisingly decent, a definitely improvement over what I've had in domestic F on United over the past couple of years. There was also a pretzel roll (mediocre, but still I was excited to get a pretzel roll at all) and a decent salad, which was a big improvement over previous pathetic slices of lettuce.

My breakfast on AA in domestic F yesterday was actually pretty darn good. It had some sort of egg dish I had never experienced before and thought about asking the flight attendant the actual name of the dish so I could look in to making it at home (she said we had the option of "an egg thing or a crepe thing" :roll eyes: If she hadn't been so young and innocently cute I would have complained about presenting our choices this way but she was great otherwise).