I do talk about hotel coffee quite a bit on the blog, partly because it’s something I spend a lot of time thinking about while in my hotel room jetlagged at 3AM. When a hotel has a good coffee setup it instantly gives me a favorable impression of the property, though I realize I’m probably in the minority on that one.

For example, I love the Sheraton Frankfurt Airport if for no other reason than that they set up a complimentary espresso machine and croissants in the lobby in the morning. I know it sounds crazy, but I always look forward to waking up in that hotel at 4AM for that alone. What can I say… it’s the simple things in life. 😉 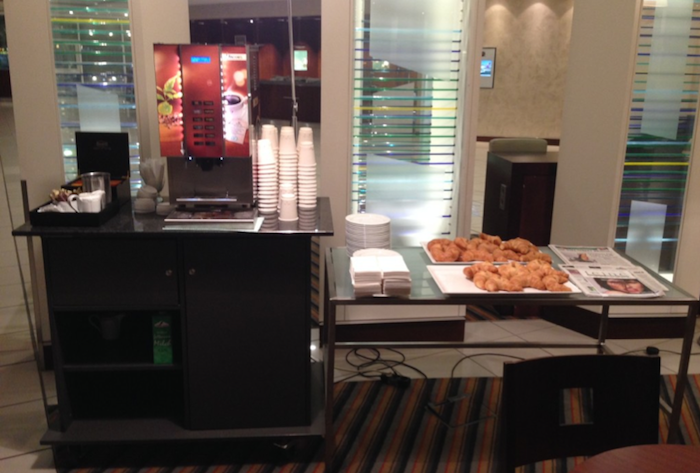 To put my past week in perspective, I spent time in Seoul, Cairo, Doha, London, Charlotte, and now Los Angeles. To say that sleep has been limited would be an understatement.

But I came to a bit of a realization this morning when I woke up at my airport hotel in Charlotte at 3AM. I was desperately in need of coffee. I went to the club lounge, which is open 24/7, though there was no coffee. I went to the lobby and asked if they had coffee. Nope. And then I did what I absolutely hate doing, but will do when the situation is desperate enough — I was going to order room service coffee. Well, as it turns out this hotel doesn’t have 24/7 room service.

So I did something I’ve never done before — I brewed coffee in my room.

For those of you that aren’t aware (aka those of you that have been reading the blog for less than a week), I’m a selective germaphobe. The thought of using an in-room coffee machine just disgusts me. And that doesn’t even account for the fact that the coffee coming out of the machines is typically vile at best.

But I used it for the first time, and as I brewed coffee I couldn’t help but think of how much effort must go into keeping these replenished and clean. You have to pour water in the machine, put a coffee bag in, open all the plastic wrappings with the cream and stirrer. It’s not a cheap investment between the coffee machines and how much effort has to go into restocking them daily, though it’s something that virtually all hotels do. 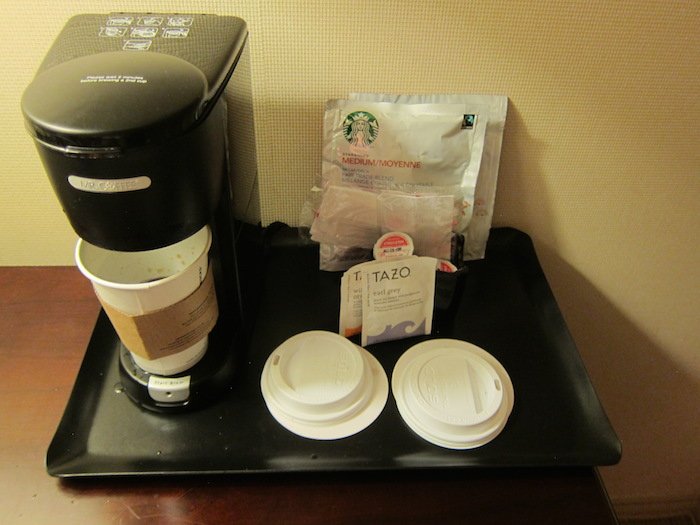 It got me wondering, wouldn’t it be cheaper and more efficient if hotels got rid of in-room coffee machines and just had coffee available in the lobby 24/7?

And I guess that brings up another question I have — does anyone actually like in-room coffee, or do people just drink it because it’s free and in the room? In other words, given the choice between complimentary in-room coffee and complimentary coffee in the lobby, which would you choose?

Please vote in the poll and let me know your thoughts in the comments below — I’m curious!

Coffee basics - Nespresso will always delivery a perfect result be it a single shot or a lungo. Their coffee is always fresh sealed in a capsule. If a boutique hostel in Hobart Tasmania Australia can invest in a Nespresso machine it seems foolish that hotel chains even the Ritz in London who apparently do not have coffee facilities in their rooms do not have the foresight to make this simple yet effective investment even if you have to bolt it to the bench top to prevent guests falling in love with the must-have-machine and forgetfully packing it in their luggage when they leave. When you work antisocial work patterns as I have done so for the past 18 years, having at your fingertips a machine that delivers a perfect long black with a crowning head of crema the stresses of the workplace evaporate. I have yet to visit a hotel that delivers a consistent long black (espresso lungo) that meets the standard I encountered in Italy. Even so-called baristas at connoisseur coffee boutiques/cafes here in Melbourne and Sydney are hard pressed to deliver a decent espresso lungo. Their focus is toward the sweet milky coffee drinkers. And if you insist on milk in your coffee, Nespresso covers that requirement also, with a few simple instructions to adhere to even a novice can operate successfully a milk frothing machine. And no, I do NOT WORK for Nespresso but I do insist on good quality coffee preferably 100% arabica, full flavoured, aromatic and mellow. Otherwise why would you abuse your palate with a substandard substitute.

I travel to Mexico several times a year - never felt good about filling up the coffee machine with tap water from the in room bathroom faucet. Read TazaAgua out of Costa Rica is marketing their coffee & tea water to luxury hotels in places like Mexico where the tap water might be considered iffy-this helps! 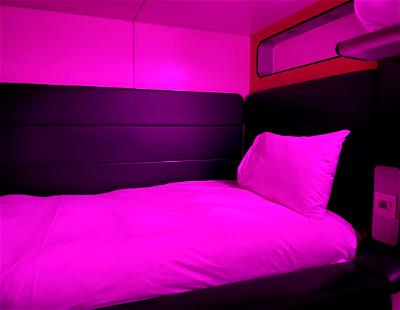 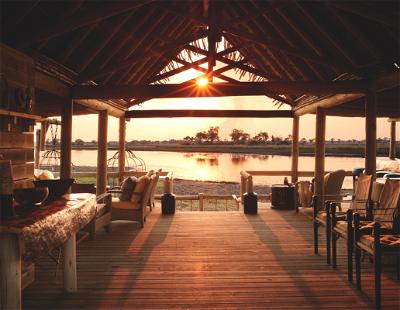