44
Share
Tweet
In the interest of full disclosure, OMAAT earns a referral bonus for anyone that’s approved through some of the below links. These are the best publicly available offers (terms apply) that we have found for each product or service. Opinions expressed here are the author's alone, not those of the bank, credit card issuer, airline, hotel chain, or product manufacturer/service provider, and have not been reviewed, approved or otherwise endorsed by any of these entities. Please check out our advertiser policy for further details about our partners, and thanks for your support!

Between elite benefits being cut, sub-par service, reward devaluations, and upgrades becoming harder and harder to come by, there has never been a better time to be a free agent frequent flier.

While it may sting for many of us falling short of top-tier status in a specific program like we have for years, the lack of incentives the airlines have given us to be loyal to them the past few years has in turn allowed us to become more loyal to things like schedule, convenience, and price.

Some of us still have our preferences of course — or are captive due to living near a certain airport hub — but diversifying one’s approach to flying has quite a few benefits in this day and age.

Just ask Ben how nice it is to have the flexibility to be AAdvantage Executive Platinum, Alaska Mileage Plan MVP Gold, and Delta Platinum Medallion, when it comes to planning travel or crediting flights nowadays.

We’re almost through the first quarter of the year (hard as that is to believe) so everybody should have a general idea of how they’re tracking towards requalifying for 2019 status… and what steps we might want to take so we’re not scrambling to put in a few mileage runs in late December.

While I have plenty booked to the point that it shouldn’t be an issue to maintain my status with Delta, going for AAdvantage Platinum with American is starting to make some sense too. If nothing else, being able to secure oneworld Sapphire status would be a great perk to have in my back pocket in the future.

By planning ahead, having elite status in two different programs may take a little extra work up front but there are a few shortcuts one can use so you don’t have to spend days at a time on a plane.

When it comes to AAdvantage in particular, the use of so-called ‘Special Fares’ could help you reach that next status milestone sooner than you think.

Here’s how American describes Special Fares: “Special fares are often purchased through a specialized agent, third party or as part of a package including air transportation and lodging.” 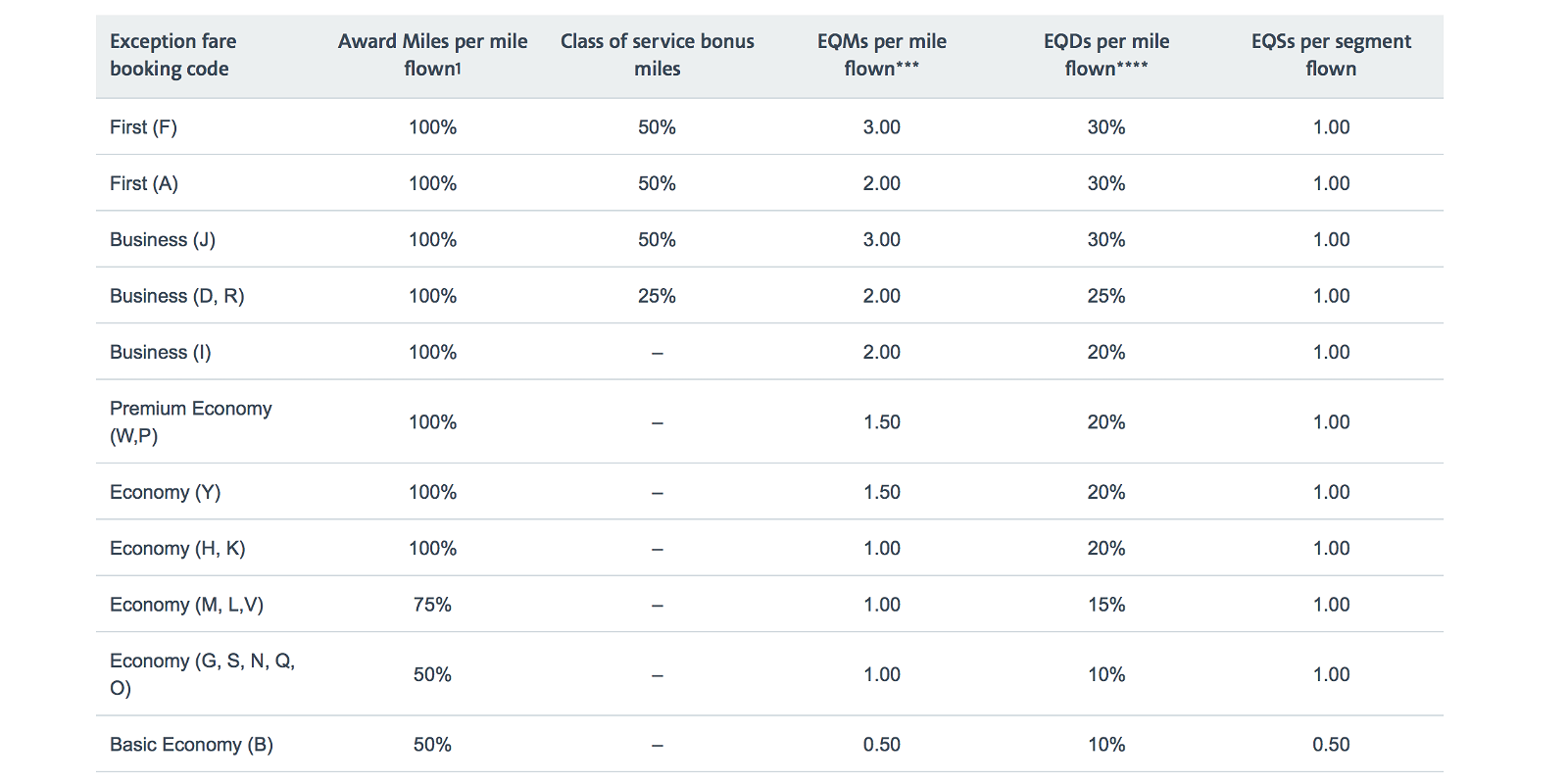 Typically these come from travel agents, online travel agencies, or vacation packages American itself sells but it also applies in many cases to tickets booked when redeeming Amex, Citi, or Chase points, through their respective websites.

While not every flight codes as a Special Fare when redeeming points this way, the vast majority of bookings made with Chase Ultimate Rewards do and I’ve had some good success with Amex’s travel portal in the past as well. You can check out this post on Frequent Miler for a lot more detail on how to decode some of the fare rules.

While you are much better off booking directly with American when it comes to short flights and/or expensive tickets, you can wind up coming out way ahead if you strategically go the Special Fare route when it comes to cheap long-hauls. That’s because miles and Elite Qualifying Dollars (EQDs) are awarded based on good ol’ fashioned distance instead of the base price of your ticket.

I’ve been searching for a late summer vacation that could double a bit as a mileage run to get me a little closer to my goals before work starts to pick up in the fall.

American’s new non-stop from Dallas to Reykjavik has been on my radar since it was announced and there are some decent fares out of Chicago in late August that I’ve been eyeing. That could suit both of my goals and give me the opportunity to spend some time checking out the new Centurion Lounge that will open in Dallas in the coming months as well. 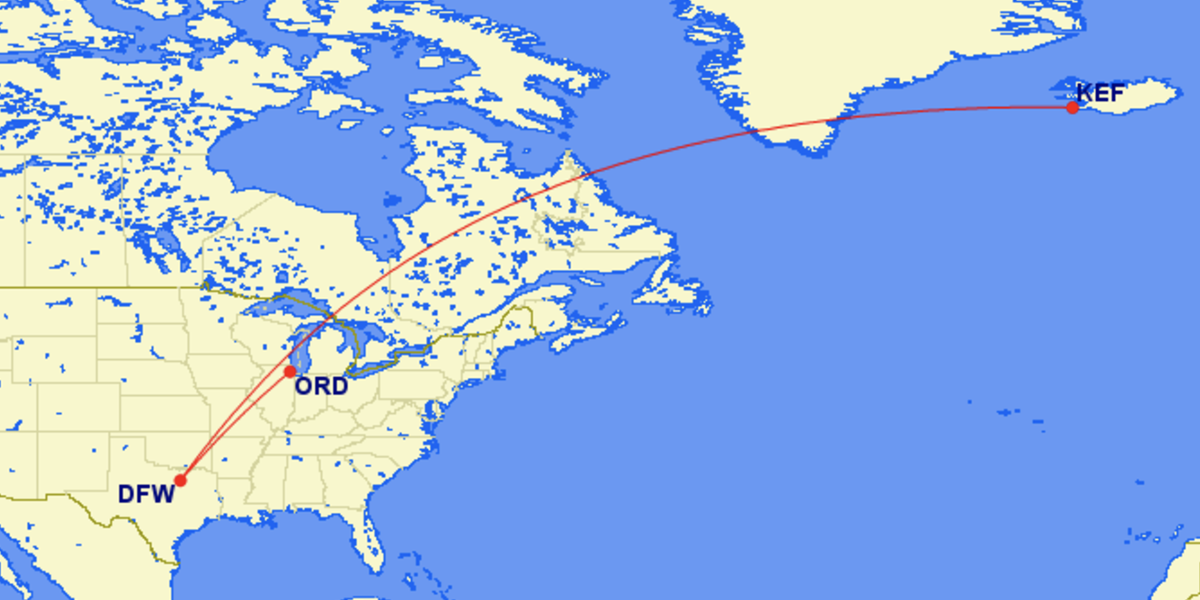 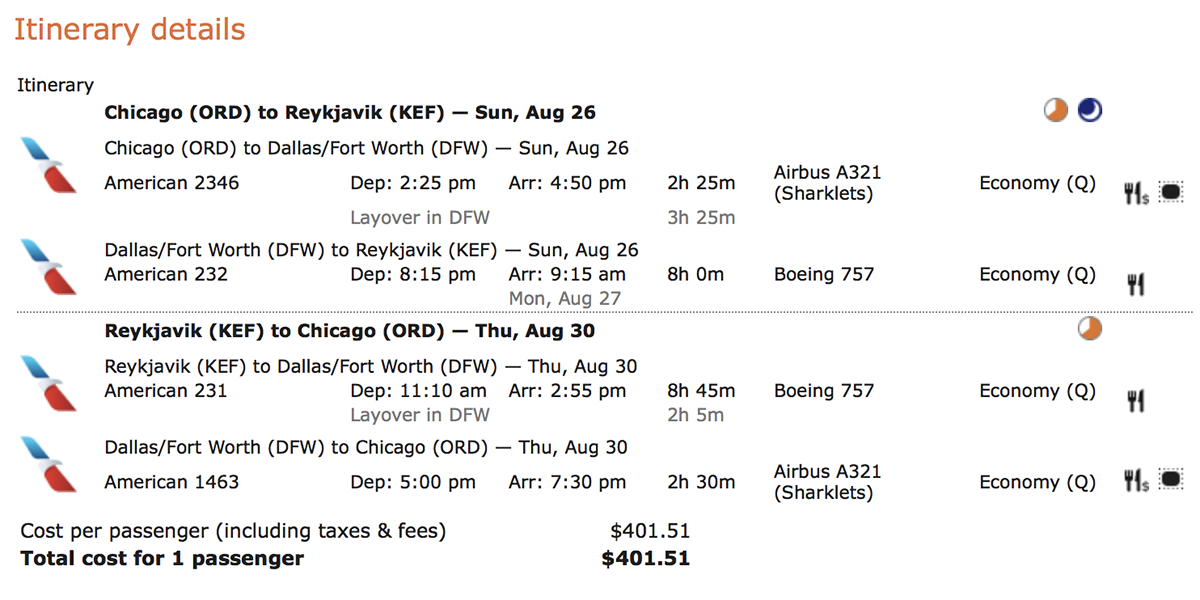 While not technically a mileage run, 4.4 cents per mile isn’t too shabby for a place I’d like to visit this year and even in economy the flights aren’t too long to manage in the back of the plane.

Looking at the above itinerary, all of these flights book into the ‘Q’ class and would normally calculate miles off the $291 fare and carrier-imposed charges. That would result in earning the following when booking directly on American’s website:

If we’re able to book using Special Fares though, the earnings change:

That’s right, on top of earning over three times the number of EQDs, this would also net you more American miles as a regular AAdvantage member than Executive Platinums would earn if they booked directly.

Ben values these miles at 1.3 cents each so that’s an increased return of at least $40 when using Special Fares.

If you wished to redeem American miles, this same itinerary in economy would require 60,000 AAdvantage Miles roundtrip plus $35.01 in taxes. If you wanted to upgrade to business class, that would cost a whopping 115,000 miles roundtrip — and you’d likely need to take a much longer connection flight to Iceland through London (on British Airways) given limited availability.

In this case though, we’re going to utilize a stash of Chase Ultimate Rewards points earned with our Chase Sapphire Reserve® to pay for the trip in order to secure a Special Fare. The cost is the same $401.51 through the Chase Travel Portal and works out to a grand total of 26,767 points — a rate of 1.5 cents per Ultimate Rewards point.

That’s a bit below the 1.7 cents Ben values Ultimate Rewards points at but it allows us to earn miles for our flight and get us that much closer to earning elite status. That’s the best of both worlds and you could even apply an American systemwide upgrade to sit up front too.

The move to revenue-based frequent flier programs has certainly changed the points and miles game quite a bit the past few years but there are still several tricks you can use to maximize everything from miles to earned to how you go after elite status.

Both Delta and United also have their own special fares charts that you can explore as well but American’s Special Fares can be hard to beat under the right circumstances and with some advanced planning.

This guy is an idiot. Fares booked using CUR points don't automatically become special fares. So unless it specifically shows as a special fare, you won't earn higher eqd's.

TBH, Hotel programs are working a lot better than before and Airlines are worse. I have been EXP and frankly the effort and spend required nowadays, not to mention how much I'd have to fly on USAirwAAys to get it is a non-starter. I am EXP and you are too, the minute you spring for a first class fare. It's a lot cheaper to chase that, and a lot less hassle (domestic). Plus I am not married to one lousy choice. Foreign carriers (all alliances) have more space for awards than AA, and better service and don't force BA and the stupid charges. Miles are easy to earn with credit cards for that. Chasing elite is more a psychological thing today, and when I feel the old bug creep in, I have to give myself this same argument each time. Besides, from what I hear being EXP isn't all that any more since the destruction of the EXP desk. Dear AA- you reap what you sow. I've been at 2.975mm for 3 years now because I wouldn’t know what to do with 4eVIPs.

@Bob, so how many miles did you earn on your flight. Yeaaaaa, right. AA won't be getting any of my business any time soon. You can fly AA, I will fly elsewhere. 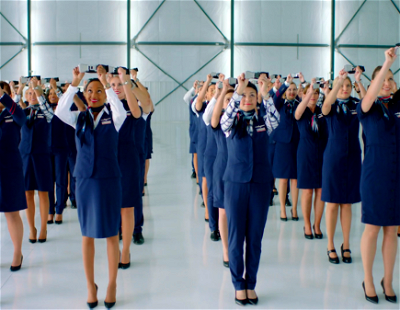 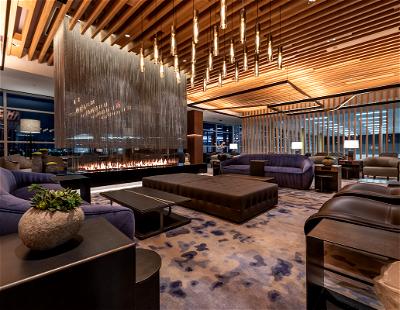