I’m as frustrated as anyone by the changes that have been made to American AAdvantage the past couple of years. Actually, I’m probably more frustrated than most. I’ve been loyal to AAdvantage for years, and have witnessed cut after cut after cut, with no innovation. Combine that with American’s sub-par onboard product, and there’s not much reason to be loyal to them anymore.

However, there’s an important distinction that needs to be made. While I’m frustrated with AAdvantage, I’ll still gladly collect their miles if the price is right. Any time I write about an AAdvantage promo, someone comments something along the lines of “why would you want to collect AAdvantage miles, they’re worthless?”

I think that’s unfair. American miles are worth less than before, but are far from worthless.

Why AAdvantage has gotten worse

There are so many reasons that the value proposition of AAdvantage has decreased:

The list goes on and on, but those are the basics. There’s nothing that differentiates AAdvantage from the competition anymore, so the only reason to be loyal to American is if their route network best suits your travel needs.

Last year American AAdvantage horribly devalued their award chart. Some of the most popular award redemptions increased in price by almost 70%. International first class redemptions were most adversely impacted in terms of price.

To make matters even worse, American has among the least saver level award availability I’ve ever seen on their own flights. They’d rather let a first class cabin go out empty than open award seats at the saver level last minute.

There’s nowhere this is more evident than between New York and Los Angeles. Last year they raised the cost for a one-way first class award ticket from 32,500 miles to 50,000 miles, and despite that, they still make virtually no seats available, even last minute when the cabin is wide open.

However, there are some other factors that have caused my valuation of AAdvantage miles to go down: 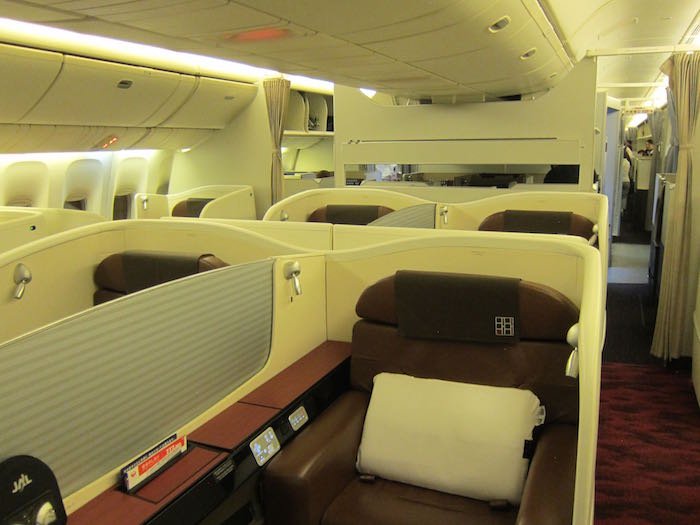 There are more examples, but I think those are some of the main factors that impact my valuations.

How much are American miles worth now?

Well, I’m now ready to declare that I think AAdvantage miles are worth less than that, though again, certainly not worthless. My new valuation of AAdvantage miles is 1.3 cents each. There’s no science to valuing miles, though I consider both relative and absolute factors.

Why the drop in my valuation of American miles? Primarily because the lack of space on American metal, which was both valuable for international flights and for taking domestic flights to international gateways. Furthermore, redemptions on Japan Airlines used to be a sweet spot for redeeming American miles, while now I’d rather redeem through Alaska, as they have lower rates and also allow stopovers, even on one-way awards.

But I can’t really in good conscience value American miles less than 1.3 cents each. Redeeming 70,000 miles for one-way business class to Asia, the Middle East, India, etc., is still a very good value. That’s like valuing a roundtrip redemption from the US on Etihad, Qatar, Cathay Pacific, Japan Airlines, etc., at ~$1,800, which seems fair.

At the end of the day, business class award redemptions on the above airlines are still pretty wide open, so I can’t really drop my value much below that.

Anyway, regardless of how some of you feel about American miles, I’ll continue posting about the deals I see, because American miles certainly not worthless. And if anyone truly thinks they are worthless, I’m sure there are plenty of us who would gladly take them off your hands. 😉

This is definitely unfair. Just two months ago, the value of a round-trip from my city in Texas to rio de Janeiro was 25-32K. Now, AA is charging 185K for a roundtrip to Rio, and it's not even Carnival time in Brazil. Something smells rotten in Texas with AA.

I think 1.3 cents is overall fair. The problem with valuation is with AA (and other airlines), there is HUGE disparities in mileage value from ticket to ticket. If you find the rare and best domestic redemptions and book months in advance while sAAver seats are still available, you might do as good as 1.7 cents per mile, on international trips, you may do slightly better in the best case, but if you take a random sampling of trips and compare to the cash price to the mileage price, you probably would get closer to 0.3 cents per mile. I've seen tickets as bad as 0.003 cents per mile (one way SWO-DFW on the first Saturday of spring break, cash price is $250, mileage price is 75,000 miles).

I'm not a regular AA flyer, so I'm not an authority on the consistency of the airline's produce. Judging by industry observer metrics, they seem to have significant reliability problems compared to domestic competitors, and aren't in the same ballpark as the better foreign airlines. But, they do have the best business class seats of any domestic airline, bar none. Their fleet is the best, bar none. This airline is recenly post merger. I think if people give American a little breating room, it could become something great.