Just yesterday I published a post with my valuation of various points currencies. Whenever I share my valuation of points, I always mention that there’s no absolute correct ways to value points.

How to go about valuing points

But the logic has to add up.

One issue people often take with my approach to valuing points is that I’m not actually using a specific formula for doing so. Rather I’d like to think I’m an expert in these programs, and I go based on my overall sense of what these currencies are worth.

This is both a relative and absolute exercise. For example, I know that I value most mileage currencies around 1.2-1.5 cents each (based on the general value I get from miles), and I also know that I value United miles more than Delta miles, for example. So that’s my approach to valuing miles, in a jiffy.

Are American miles worth 2.6 cents each?!

JonNYC links to a NerdWallet story about why you should start collecting American miles, and he highlights how they say that American miles have an average value of 2.6 cents per each.

While that’s way higher than I value American miles, I wasn’t quite so ready to rule that out. Like I said, valuing miles is highly subjective, and if someone said “I exclusively redeem my American miles for Qatar Airways business class between the US and the Middle East, India, and Africa,” I wouldn’t dispute that valuation. That person may well be getting an average of over 2.6 cents of value per mile.

Why this logic is wrong

There’s not a single right way to value airline miles, but there is a wrong way… and unfortunately NerdWallet’s logic is very bad. While I don’t have a methodology for valuing miles, they do. They have a very exact approach, it’s just very flawed.

Here’s how they describe how they arrived at their mileage valuation:

The first part of their logic is fine. Domestic one-way awards are a fair way to determine the average value of miles, since that’s how a majority of members try to redeem their miles. It makes sense that based on this, the average value was about one cent per mile, with the range being from 0.7 cents to 1.7 cents per mile in domestic economy.

But the second metric is bananas… B-A-N-A-N-A-S.

For example, while you could fly roundtrip from New York to London for $588 in economy…

Booking that same outbound flight as a one-way would cost you $2,789, meaning a one-way costs roughly five times as much as a roundtrip.

By comparison, you could book that one-way ticket for 22,500 AAdvantage miles, so I guess they’d have you believe that you’re getting 12.4 cents of value per mile. 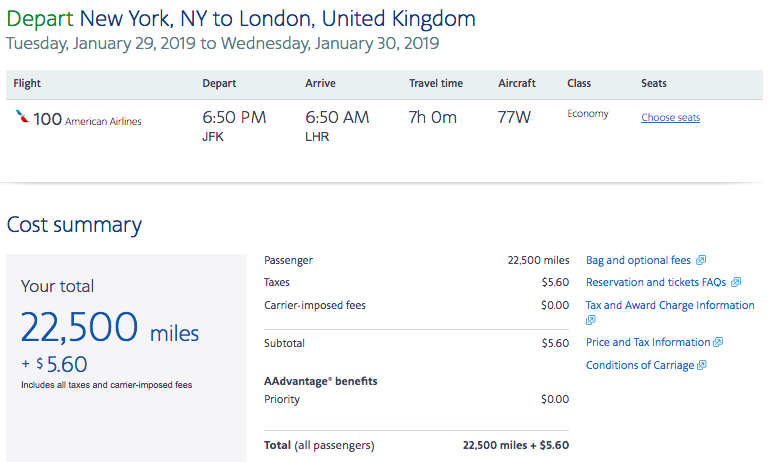 And that’s not even their highest redemption rates — they say you can get up to 14 cents per mile with these redemptions!

Personally when valuing miles I like to consider the value of international first and business class redemptions, since I tend to think that’s the best way to redeem miles. However, I also think there’s nothing wrong with basing the value of miles on the economy redemptions that most people might make, whether domestic or international. I think the ideal approach is to factor in both of those things.

@DCS: “Says one who is clearly an idiot because he offered no reason for the gratuitous personal attack. Can’t make this stuff up!” Yet again, you have no room to talk here.

Says one who is clearly an idiot because he offered no reason for the gratuitous personal attack. Can't make this stuff up!

DCS your an idiot 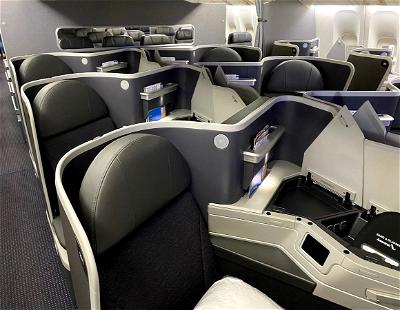