However, today they’ve made a radical announcement, that starting on January 1, 2014, only Miles & More Senator and HON Cirlce members will be able to redeem for Swiss first class:

Nevertheless, the mileage upgrade award will still be available to you and with this you can book an upgrade from Business to First Class. In taking this action SWISS is reacting to the prevailing market situation.

From 1 January 2014 you will only be able to book flight awards for First Class by calling the Service Centre.

Look, Swiss first class is excellent — the food and service is generally top notch, and the seats are good as well. But is it so good that only top tier elite members of their native program should be able to redeem for it? I mean, even Emirates and Singapore don’t protect their premium cabins that way. The most puzzling part is that really award availability is entirely up to the airline, so I find it rather arrogant that they wouldn’t even release this space to their own members a day out when the seat would otherwise go out empty. 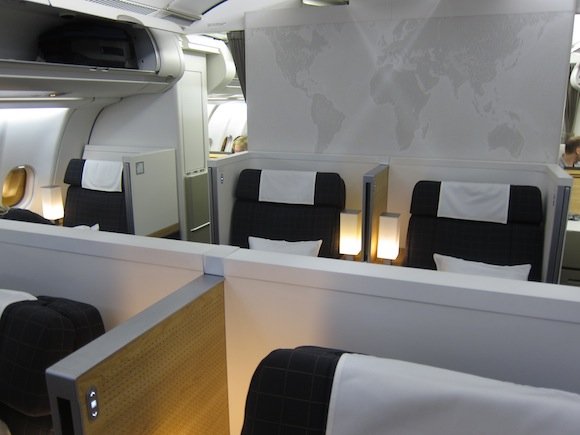 While Swiss is usually considered the premium airline of the Lufthansa “family,” what’s puzzling is that nowadays Lufthansa first class is probably better than Swiss first class. Lufthansa’s hard product on many of their planes is hands down better, and Lufthansa also wins with their ground services. 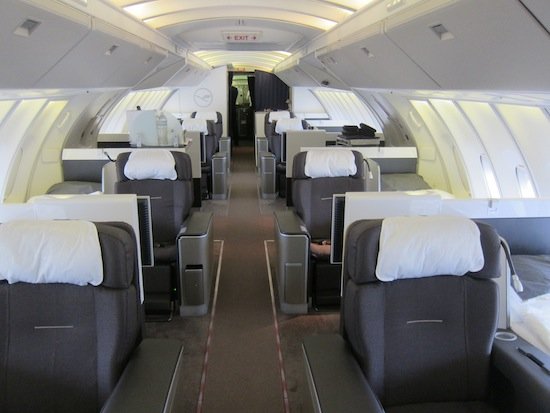 @ Karl -- Whoops, not sure how that happened. Corrected, thanks for the heads up.

Hi, the image shown to be Lufthansa First class is actually an image of Lufthansa Business class, no?

[…] Originally Posted by Adam1222 Again, you cannot book Swiss First using US Airways miles. As of January 1, in fact, booking Swiss First awards has been restricted to elite members of Miles & More. Since you didn't believe me last time, check out this blog post. http://boardingarea.com/onemileatati...nd-hon-members […]