I’d file this more under “worth being aware of,” rather than “what a deal, do this ASAP.”

SWISS offers first class on its long haul fleet, including 777s, A330s, and A340s. The product is solid, and ranks on my list of the world’s dozen best first class experiences.

The catch is that redeeming miles for SWISS first class isn’t easy:

For a vast majority of people, the only real way to book SWISS first class is to outright pay for it. Fortunately SWISS sometimes has good paid first class fares, in which case first class could be a bargain. However, this is usually between more competitive city pairs (like Stockholm to Dubai, for example), rather than for itineraries to & from Zurich (where SWISS has a lot more pricing power)

There is one other way to get into SWISS first class, which I think is worth highlighting.

I fly SWISS a fair bit — typically in business class, and almost always with miles earned through a partner airline frequent flyer program, like Air Canada Aeroplan or Avianca LifeMiles. This way I can get a great award rate and don’t have to pay carrier imposed fuel surcharges (which for a one-way award ticket from the United States to Europe in business class would run $800).

SWISS has a first class bid upgrade program, whereby you can bid on an upgrade that could clear between 48 and 132 hours before departure. The catch is that you have to be on a ticket issued directly by SWISS. That could be useful if you find a discounted business class ticket, but isn’t ideal if you’re booking a ticket with miles through a partner program (in which case another airline would be issuing your ticket).

Funny enough, in the past 24 hours I had two friends flying on partner SWISS business class awards from the US to Zurich, and I asked them to inquire about upgrade costs. In both cases the agents seemed familiar with the policy and consulted a chart that listed the pricing.

How much is SWISS charging for business class to first class upgrades on partner award tickets?

Now, I’d love more data points from OMAAT readers. If you have a partner SWISS business class award ticket anytime soon, I’d appreciate if you could ask how much a paid upgrade is at the airport. I’m curious if it’s different if originating in Europe vs. the United States, and if the upgrade cost is consistent for a given market. All I have is those two data points.

Is a SWISS first class cash upgrade worth it?

That being said, depending on how you look at it, this could be a good value for a special occasion:

This really is all about how you frame it. On the one hand, many people would correctly wonder why they’d pay an extra $1,000 for first class on an eight hour flight when they already have a flat bed in business class, with solid food & drinks.

Is the upgrade worth it in absolute terms? It depends who you ask, and how you value premium travel. But in relative terms I’d say this is almost on par with the only option to redeem miles for SWISS first class, which is only available to select elite members of Miles & More.

SWISS seems to offer upgrades to first class for cash on the day of departure, even if you’re traveling on a business class award ticket booked through a partner airline. My initial data points suggest that you’ll pay $999 for an upgrade on a “shorter” long haul flight (like Chicago to Zurich), and $1,789 for an upgrade on a “longer” long haul flight (like Los Angeles to Zurich).

I’m not at all suggesting that this is a great deal, but rather just that it’s worth being aware of, given how elusive SWISS first class is otherwise. For some people, the $999 upgrade cost could be worth it, while for others it will seem like a total waste.

If you’re flying in SWISS business class anytime soon on a partner award ticket, I’d love some more data points about upgrade costs (even if you have no intention of actually upgrading)!

Confirming ORD-ZRH business to first upgrade is $999. My P2 and I both took the offer when checking in at the airport in July 2021. For the experience, it was absolutely worth it!

He doesn't bother with miles or upgrades as we all know - straight to booking class F, fully flexible, of course. At least that was before he acquired his own fleet of jets.

I am just left to wonder WWED (What would Endre do?). 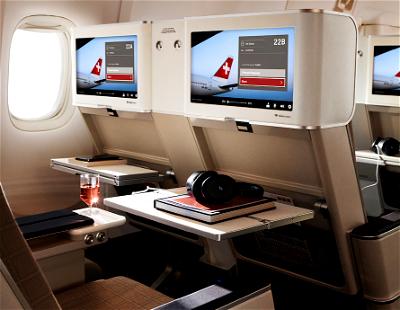 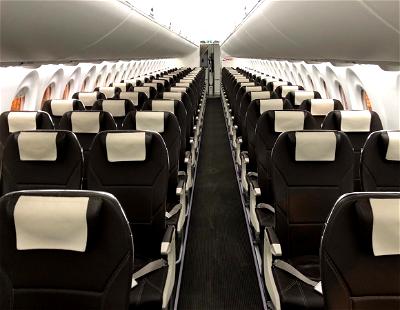 26
Uh Oh: SWISS Grounds A220 Fleet Due To Engine Issues