The St. Regis Dubai Downtown has just opened, roughly coinciding with the start of Expo 2020. As the name suggests, the hotel is located downtown, along the Dubai Water Canal. The hotel is in close proximity to the Dubai Mall, Dubai Design District, and the International Financial Centre.

The St. Regis features 298 guest rooms with floor-to-ceiling windows, open bathrooms, and walk-in wardrobes. The website suggests that standard rooms at the property are 624 square feet, which is huge.

The hotel also boasts a variety of food & beverage outlets, including Basta (an Italian restaurant), Bleu Blanc Oysters & Grill (a French restaurant), The Library (a bar and lounge), and the St. Regis Bar (which is found at all St. Regis properties around the world). The hotel also has a spa, fitness center, and indoor and outdoor pool.

Below are some pictures of the St. Regis Dubai Downtown.

This is a Category 8 Marriott Bonvoy property?!

Rather bizarrely, the new St. Regis Dubai Downtown is a Category 8 Marriott Bonvoy property, which is Marriott’s highest hotel category. This means that a free night redemption costs anywhere from 70,000 to 100,000 Bonvoy points per night, depending on whether you’re staying off-peak or peak.

I can’t make any sense of the award pricing here, because paid rates are currently around $300 per night for a base room, and that’s even during Expo 2020. I’d expect a Category 8 Bonvoy property to retail for closer to $1,000 if paying cash.

I’m not sure what exactly Marriott and the hotel are thinking here. Maybe the hotel has very high hopes that rates are going to triple, but realistically a nearly 300 room hotel in downtown isn’t going to be able to command a much higher price than what’s being charged now.

If you are gong to book a paid rate here, make sure you do so through Marriott STARS, so you can take advantage of benefits like a room upgrade, complimentary breakfast, a hotel credit, and more.

I could see myself staying at this property

When I wrote about the St. Regis Dubai The Palm, I mentioned how I probably wouldn’t stay there. I’m not a huge fan of The Palm to begin with, and if I’m going to stay there, I’d like a hotel with balconies and direct beach access, neither of which the St. Regis offers.

I feel a bit differently about the St. Regis Dubai Downtown. If I wanted to be downtown (which I sometimes like to be, given the proximity to so many things, including the airport), this seems like a good option. The hotel’s decor looks fairly tasteful (though perhaps a bit over-the-top), and the standard rooms seem to be huge, so I might check this property out the next time I’m in Dubai.

This is the fourth attempted St. Regis in Dubai

The St. Regis Dubai Downtown is St. Regis’ fourth property to open in Dubai. However, the first two properties no longer belong to Marriott:

The St. Regis Dubai Downtown has recently opened, just months after the St. Regis Dubai The Palm opened. The new hotel has nearly 300 rooms, but on the plus side they’re large, and the hotel seems to have a good number of amenities.

The cash rates at the hotel aren’t unreasonable, though I really can’t make sense of this being a Category 8 Marriott Bonvoy property.

What do you make of the new St. Regis Dubai Downtown? Anyone plan to check it out?

(Tip of the hat to Faisal)

Ben, so what was your experience staying there, in comparison to the Palm? Which one would you recommend? Or any other?

St. Regeis the Palm was very good they upgraded my suite night to a better suit and I got a nice view of Atlantis and the palm, they have decent breakfast and are closer to the Exp than downtown hotels

IF YOU CHECK - I THINK THAT Marriott goes up to cat. 9 ! NOW 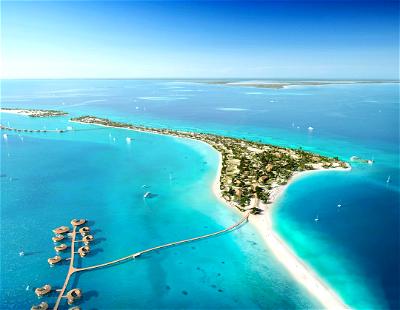 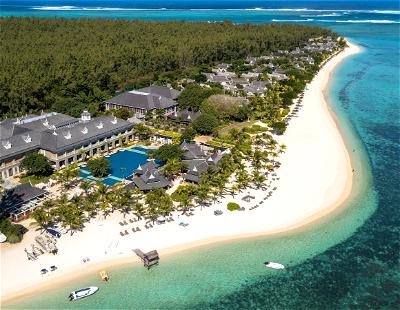 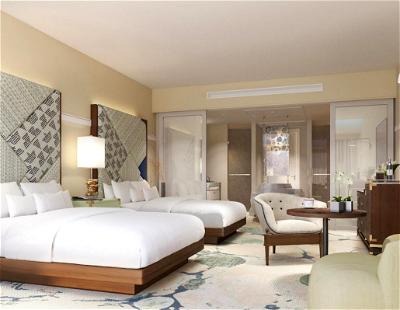