In July 2022, Air Canada & Emirates announced plans to form a strategic partnership. That partnership officially launched as of November. We’re now seeing the introduction of reciprocal points earning and redemption opportunities, as well as reciprocal elite perks, so I wanted to recap everything about the partnership in this post.

Air Canada & Emirates have activated a partnership, intended to improve travel options between Canada and the United Arab Emirates.

The codeshare agreement allows customers to book connecting travel between both airlines’ networks on a single ticket, creating more seamless check-in and baggage transfers. There are also implications for Air Canada Aeroplan and Emirates Skywards members, which I’ll cover in more detail in the next section.

This new strategic alliance is pretty interesting, because historically Canada’s government has been over-protective of Air Canada, preventing competition from foreign airlines. Emirates would love to add more flights to Canada, including increasing frequencies to Toronto and adding more destinations, but the Canadian government has restricted this.

Conversely, while Air Canada has been able to operate to Dubai, the airline has struggled with connectivity, given its lack of a partnership with Emirates.

It’s nice to see the two airlines now cooperating. Who knows, with the support of Air Canada, maybe this will eventually lead to Emirates also getting more access to other gateways in Canada.

Speaking of the Middle East, Air Canada also flies to Doha, Qatar, and the airline has an agreement with Qatar Airways for connectivity. However, the airlines don’t offer frequent flyer reciprocity.

What does this mean for Air Canada Aeroplan?

Air Canada Aeroplan is one of my favorite frequent flyer programs, thanks to the program having more airline partners than any other program in the world, and also allowing stopovers for just 5,000 points one-way. Naturally one of the most exciting aspects of this new partnership is the impact for frequent flyers. Let’s go over those details.

As part of this new partnership, Air Canada Aeroplan and Emirates Skywards are offering reciprocal points earning opportunities globally. This isn’t just valid for codeshare flights, or for itineraries including travel on both airlines.

For example, you can find the Air Canada Aeroplan points earning rates below. However, note that Emirates flights don’t count toward elite status — they just help you earn Aeroplan points.

Naturally the more exciting opportunity here is for Aeroplan members to redeem on Emirates. This follows a new award chart (shown below), and I discussed the value proposition of this in a separate post.

While the redemption rates aren’t that attractive on the surface, it is exciting to be able to redeem Aeroplan points on Emirates without fuel surcharges. The ability to have stopovers on award tickets, and mix and match partners, is also awesome.

This is some very nice reciprocity on both sides — in particular, it’s exciting that Emirates first class passengers get access to the Air Canada Signature Suite in Toronto, which is quite an upgrade over the old arrangement.

This is a very well executed collaboration, and on the surface seems much closer than the new partnership between Emirates and United (even though that was hyped a lot more).

What do you make of the new Air Canada & Emirates partnership?

If we book award Emirates flight in J from Aeroplan, will we be able to upgrade it to First by skyward miles? 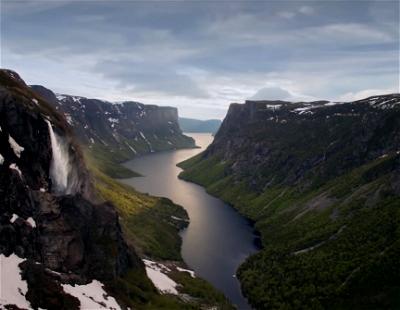