I’ve stayed at several Marriott properties in Greece in the past couple of weeks (reviews coming shortly!), and I’ve experienced some firsts. For example, several days ago I shared how I wasn’t offered my “guaranteed” Marriott Bonvoy elite welcome gift for the first time, which would have technically entitled me to $100 (though I didn’t end up requesting it, because the way this perk is structured just seems strange).

Now I’ve run into another Marriott Bonvoy first. While not earth-shattering, I’m still curious to hear how others would handle this.

Marriott Bonvoy Platinum members and above receive unlimited suite upgrades subject to availability at the time of check-in. One of the nice perks of the Bonvoy program is that if you pass 50 or 75 elite nights in a calendar year you can select Choice Benefits, and the most popular option there is suite night awards.

Each Marriott Bonvoy suite night award can be used to confirm a suite upgrade up to five days before check-in. Members can request the type of suite that they want (from a pre-selected list), and then the upgrade can be confirmed (or denied) prior to check-in.

The beauty of these upgrades is that they’re confirmed — it takes the guessing game out of getting upgraded, and you don’t have to arrive at check-in wondering what kind of a room you’ll get. Well, at least that’s how it’s supposed to work.

I have an upcoming four night Marriott-family hotel stay, which was booked as two reservations of two nights each. Suite upgrade awards were confirmed in advance for all four nights (on both reservations), and I received email confirmations for this. Woot!

I was able to confirm exactly the suite I wanted. Frankly if I hadn’t gotten the suite upgrade that way, I would have probably reworked the stay, since I’m not interested in moving rooms on such a short stay.

The hotel claims it can’t honor the upgrade

Since I’m supposed to check-in tomorrow, I received a prompt through the Marriott Bonvoy app asking me to check-in online. While I didn’t do so (since it’s kind of useless), I did review my reservation, and noticed that for the first two nights I was no longer blocked in the suite that I had confirmed. Instead the reservation just showed a standard room. I assumed this was some sort of a glitch, and messaged the hotel through the Marriott Bonvoy app.

Here’s how that conversation went:

Me: “I had confirmed an upgrade with a Bonvoy suite night award. I just wanted to confirm that this is correctly blocked, because I don’t see it reflected in the app? Thanks!”
Hotel: “So we have checked the case and it is as follows. On your first reservation we have declined your request as we do not have the availability. On your second reservation we have confirmed the suite night award. In case you would not like to change your room during your stay, we can offer you a junior suite for both reservations.”
Me: “Thanks for the response. I have confirmation stating that suite night awards have been confirmed for all four nights. I completely understand if it couldn’t have been confirmed to begin with, but I’ve never been downgraded on a confirmed suite upgrade before. Is there somewhere you would like me to forward the email confirmation?”
Hotel: “Our apologies for this issue and we are trying to find a solution, but we have also prove that we declined one of your reservations, because we do not actually have the suite available for the dates. This is an error from the system probably.”

For what it’s worth, at the time the suite night award was confirmed, the suite in question was still available for sale.

How would you handle this?

I’m not looking to make a big deal out of nothing or to speak to everyone’s manager, though I am curious to hear how others would handle this situation.

If there are in fact none of these rooms available then I understand they can’t make rooms appear out of thin air. Ironically last week I couldn’t bring myself to request the $100 in compensation I was entitled to for not receiving a welcome gift (since it seemed so petty). Meanwhile Marriott Bonvoy’s elite guarantees don’t cover anything along these lines, which seems to me like a much bigger service lapse.

So, what’s a reasonable ask here? I should mention that the room that the suite night award confirmed to was the highest category room at the hotel, so it’s not like they could upgrade me further (at least to the best of my knowledge).

At a minimum, I assume it would be reasonable to request the best suite that is available, and the suite night awards refunded (though I feel like actually getting those refunded will be a fight)? Anything beyond that?

For the first time ever, it seems like I’m going to be downgraded from a confirmed Marriott Bonvoy suite night award upgrade. There’s a first time for everything, even after hundreds and hundreds of nights at Marriott properties over the past decade plus.

I’m curious to hear, how would OMAAT readers handle this situation?

If you are not going to do anything about it, why are you interested in what someone else would do? It apparently doesn’t matter what anyone else would do. Frankly, as a writer in a fairly well known blog, you’d be encouraging Marriott not to make amends by declining to pursue these important matters. This affects all of us. If a company feels like even influential people don’t care enough to demand what they’ve been promised, what hope is there for the little guy. Personally, I don’t appreciate your attitude. If you’re going to stand up for yourself, and by association, all of us, then do it. Otherwise, stop writing about short comings you will not do anything to rectify.

You should get a better suite for the full stay (although I can see them offering it just for the two nights). Suite Night Awards are capacity controlled. They do not generally book into the last available room of an eligible type. If there was a 'glitch' as opposed to the hotel continuing to sell the room type or giving the upgrade to someone else, that's on Marriott since processing of these is confirmed centrally or on the hotel for mismanaging its inventory but in either case not on the guest. It should be seamless to the guest and between the hotel and Bonvoy to work out who is to blame and if additional compensation to the hotel should be due. But it's not your problem. And if by some chance they do not have an available better suite they should make some other compensating gesture, complimentary spa treatments or whatever.

I know you don't want this to be about your room or your experience, but my guess is that they've done this to someone else as well - who doesn't have a platform like OMAAT. As a reader who this has happened too before, you should reach out to Marriott about this. If not you, then who? 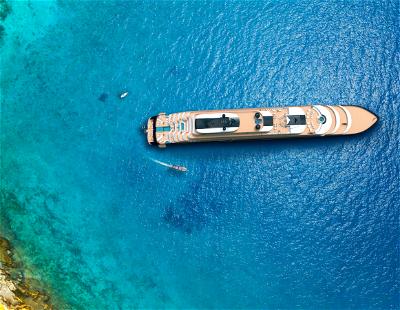 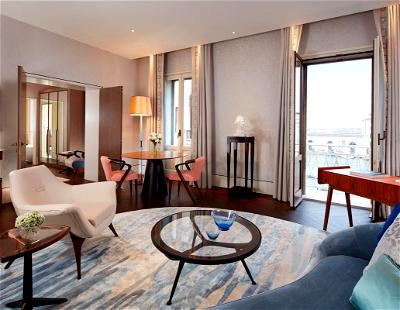 44
How To Use Marriott Bonvoy Suite Night Awards 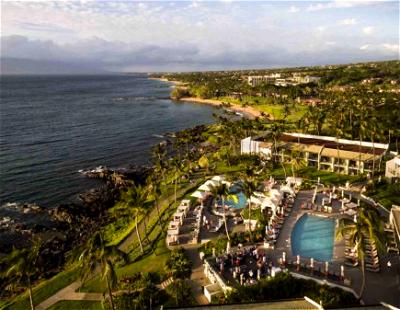