I’m incredibly fortunate to more or less advise people on miles and points for a living, and there’s one issue I’m noticing more and more lately — people are either diversifying their points (and I’m using the term “points” generically to refer to both miles and points) too much or too little.

And this is especially becoming a problem lately because we’re seeing more and more programs make huge devaluations, often with very little notice. These devaluations really shouldn’t come as a surprise, as the travel world is almost in better shape than ever before. Hotel occupancy is crazy high, and airlines are actually doing something called turning a profit, which was previously unheard of.

But the problem I find is that some people either put all their points “eggs” in one basket, while others put their points “eggs” in too many baskets. I get emails from people with millions and millions of Membership Rewards points, while they don’t have points in any other programs. No doubt they were feeling pretty bad about that a couple of years back when Continental OnePass was removed as a Membership Rewards partner, Aeroplan hugely jacked up award rates and added fuel surcharges to partner airlines, and British Airways also destroyed their award chart for longhaul redemptions for those in North America.

Then I’ll get emails from people that cumulatively have 300,000 points, but don’t have more than 50,000 points in a single currency, and are wondering why they can’t redeem for an international first class award ticket when they have 300,000 points. As a result, a 50,000 point sign-up bonus on a credit card might not be worthwhile for you if it’s the only points you’d have in that currency.

So I figured I’d provide a few tips for making sure you’re neither under-diversifying nor over-diversifying your points. I’ll provide these in the context of my situation, as an addictive points collector. Obviously the numbers would differ a bit if you run a business where you’re running a million dollars of spend through a credit card each month, for example.

I have a very simple self imposed rule — if an airline program’s points can’t efficiently be transferred to another program, I aim to have no more than enough points for two premium cabin tickets to anywhere in the world. So generally that means I try to keep my points balances below 300,000 or so. That’s because I know that if a devaluation were to be announced, I could reasonably redeem those points before their value is reduced greatly. That’s actually one of the reason I burn so many American miles for Cathay Pacific first class. I fly American a lot, have a BankDirect account, and have earned a ton of miles through the sign-up bonuses on their credit cards.

Focus on programs with many transfer partners

For me that includes Chase Ultimate Rewards, American Express Membership Rewards, and Starwood Preferred Guest. All have multiple airline transfer partners that are actually often the best uses of those points. As a result I have no problem carrying balances of over 300,000 points in any of those programs.

Focus on programs that can be trusted

The most alarming trend I’m noticing lately are the number of program changes that are made without any sort of advance notice. For a loyalty program this sets a horrible precedent. While it might sound cheesy, that’s why I believe that if you can’t accrue points in a program that has multiple efficient transfer partners, at least accrue them in a program you can trust.

For example, I trust Hyatt Gold Passport, because I trust the people that run the program. I think it’s a given that their top tier redemptions will be devalued eventually, because that’s a side effect of no blackout dates and high occupancy at hotels. But I also know they wouldn’t “pull” a Hilton and literally slaughter their program overnight.

This really is the thing that came back to haunt me with Hilton’s recent devaluation. Up until March, you could book four nights at any Hilton or Conrad in the world for just 145,000 points if you had one of their co-branded American Express cards. I went from not caring about Hilton to having 500,000 Hilton points in my account in a matter of months — they were just so easy to rack up, and seemed so valuable.

And why wouldn’t I, when I could burn 145,000 points for four nights at the Conrad in Koh Samui, Hong Kong, or the Maldives? And then they changed their prices for AXON awards, so that of those properties now cost 300,000 points for the same four nights — that’s more than double the previous cost!

But that’s what I was stupidly overlooking with Hilton when I became obsessed with them — there was one “sweet spot,” one thing worth accruing Hilton points over, and when that was gone, so was the value of my points.

Compare that to Starwood points, for example, which can be redeemed for cash & points at hotels, free nights, or converted into miles. The program doesn’t have just one “sweet spot,” and there’s value to that.

I’ll give two examples. One is the Southwest Rapid Rewards Visa. It often has a big sign-up bonus of two free roundtrips, and to some that’s incredibly valuable. In my case, I prefer doing my domestic flying on American on revenue tickets, since I need those miles to requalify for Executive Platinum status. So that’s not a card I personally apply for when the increased offers come around, though I realize why others find the card valuable.

Another example is the Alaska Airlines Visa. Alaska miles have become incredibly valuable lately due to their partnership with Emirates and that they’re allowing one-way redemptions with stopovers at half the cost of a roundtrip. And their credit card is tempting as well, and has a 25,000-30,000 mile sign-up bonus.

But if you want to redeem for Cathay Pacific or Emirates first class, what will you do to make up the difference in miles for what you need? Transfer from Starwood? Outright buy the miles during a promotion? Or get the business credit card as well? There’s no right or wrong answer, but I think the value of miles varies hugely based on the increments you have. For example, I might value 40,000 Alaska miles at 1.5 cents each, while I’d value 70,000 Alaska miles (enough for a one-way in Cathay Pacific first class from San Francisco to Hong Kong to Johannesburg with a stopover) at two cents each. Or something like that.

In my case it’s easy since I fly Alaska, so the miles I earn from the credit card complement the miles I earn through flying. But if you’re not a frequent Alaska flyer, it could be a different story.

I’ve said this a million times before, and I’ll say it again, because it really is important. I know tons of people that are saving points as a “retirement account” of sorts. If that’s the approach you take, you’re much better off using a cash back credit card, since money actually has a chance of growing in value over time when invested properly. Points can’t be invested and never increase in value long term. If you look at the award charts for just about any loyalty program you’ll see that over the past 5-7 years the cost of redemptions has probably increased an average of 50%. Points are also much, much, much easier to earn than ever before, so that has to be factored in, but still, that doesn’t sound like a wise travel retirement plan.

What do you guys think? How do you diversify your points to maximize their value?

Submitting...
Featured Comments Load all 45 comments Most helpful comments ( as chosen by the OMAAT community ).

Lucky - would you please list your latest link that discusses your current points and miles valuations. Also, please comment on what we travelers should be thinking/planning in anticipation of most airlines switching to a revenue based FFP rather than mileage based. Thanks.

@ Tommy Z -- Since they don't expire I'd probably hold onto them. Ultimately flights is the best thing to redeem them for.

That's good to know, thanks! Based on your prior article, it looks like the Delta miles can transfer to various other airlines. However, I happen to have 77k Southwest Rapid Rewards + Companion pass, so I'm doing all my flying on Southwest in 2014. Do you suggest just holding on to my American Express Delta Skymiles for now or is there a good way to redeem them for something other than airfare (I know your article says to NOT redeem for gift cards/merchandise)? 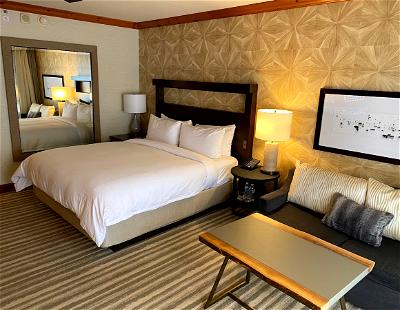 4
How & Why To Get All Three Chase Ink Credit Cards 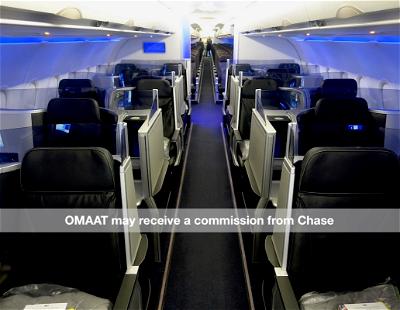 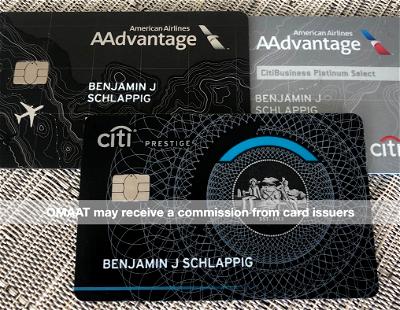