Some people view miles as being “free,” and think that if they can redeem miles for a ticket, they should always do so. I don’t want to say that’s necessarily a bad approach (at the end of the day everyone should use miles in a way that works for them), though personally I view miles as a currency, just as I would cash.

I put a value to all of my miles, and then when I consider redeeming them I perform some basic calculations to decide whether to pay cash or redeem miles. Sometimes the math is straightforward, and sometimes it isn’t.

In this post I wanted to provide an explanation of how I go about deciding whether to pay cash or redeem miles for an airline ticket. There’s nothing terribly complex here, though there are a few things that I think many people overlook, that could be worth considering.

Decide how much you value points currencies

When deciding whether to pay cash or redeem miles for a ticket, the first thing is to consider how much you value a particular mileage currency. I publish my valuations of major mileage currencies, and as you can see, I value them at somewhere around 1.0-1.7 cents each.

I try not to redeem my miles if the amount I’m saving is less than my valuation of miles.

Let me acknowledge that other people understandably take a different approach:

On the most basic level, the math is pretty straightforward as to whether you should redeem miles or pay cash. You compare how many miles a ticket would require to how much that ticket would cost in cash. You divide one number by the other, and you then decide if that cent per mile value is more or less than what you value the mileage currency at.

Say you want to book an American Airlines ticket. I value AAdvantage miles at 1.5 cents each, so let’s say a ticket would cost either 10,000 AAdvantage miles or $150. Does that make this a “breakeven” redemption? Not quite. You also have to consider the miles & points that you’re forgoing by redeeming rather than paying cash.

When I look at the cost of airfare, one of the first things I do is discount the airfare by 5.1-8.5%, as that’s what I value the rewards that I earn through credit card spending on that purchase. There are some great credit cards for airfare spending:

On top of that, you have to consider the miles you’d earn directly with the frequent flyer program. As an American AAdvantage Executive Platinum member, I earn 11x AAdvantage miles per dollar spent on airfare.

So using the same example as above, I would apply a 25% discount to that American Airlines ticket (in terms of what it’s really costing me), so that $150 ticket really costs ~$113. That changes the breakeven math on a redemption as well.

Decide if elite status is a consideration

This is something that’s potentially tougher to quantify. Most airline loyalty programs only count revenue flights toward elite status, and not award flights (there are some exceptions, like Delta SkyMiles). When you redeem miles, you’re generally forgoing the elite qualifying miles that you’d earn if you booked a cash ticket. The reason this is tough to quantify is because for many people, elite qualifying miles are worth nothing:

Flexibility is an important consideration

I think the pandemic has given many of us a new appreciation for having flexibility with travel plans. We’ve largely seen airlines eliminate change fees on tickets, which is a fantastic development. However, there’s still a subtle but important distinction between paying cash for a ticket and redeeming miles.

Meanwhile award tickets are generally refundable, which is to say that the full value of the miles can be returned to your account. In some cases there’s no cost to refund miles, while in other cases there’s a modest cost.

Still, I think at the end of the day this is a great advantage of redeeming miles over paying cash. For example, if I were planning a trip to Africa and were going to travel with Qatar Airways, I’d rather have the ability to redeem American AAdvantage miles and have them redeposited for free, rather than having a ticket credit with Qatar Airways that I can use in the future.

Rather than just considering the value of a particular award redemption, I think it’s worth looking at the big picture of what your goals are with miles & points. Is there a specific trip you’re saving up for?

In other words, say you have 140,000 AAdvantage miles. You might say to yourself “well, I could use these for an award to Hawaii, and the math checks out.” However, is there a better option down the road? Are you considering a trip to the Maldives, where you could later redeem these for Qatar Airways business class seats, which would cost way more if paying cash?

In general you’re going to get the most value for your miles if you’re redeeming for first & business class on international flights. That’s not to say that those are the only good uses of miles, but if you do want to travel that way at some point, saving up your miles for that is the way to go.

It can sometimes be tough to decide whether to redeem miles or pay cash for a ticket, as there are lots of factors to consider.

The good news is that there’s not an absolute right or wrong answer as to what constitutes a good use of miles. Regardless, there are definitely some things to consider — decide how much you value miles, consider the rewards you’re forgoing by redeeming miles, think about whether you care about elite status, and also keep your overall travel goals in mind.

And if you’re someone who just views miles as something “free” that you’ll redeem toward your next trip regardless of the value, that’s totally fine too.

What’s your approach to deciding whether to pay cash or redeem miles for a ticket?

Ben, I earn a significant number of points each month in my business. As such, at this point in life my wife and I currently have 50M miles across AMEX, Chase and Cap One. Our earn rate exceeds our burn rate, even though we travel every 6-7 weeks. In our case, given the points we have accumulated and the monthly points earn (600K+/-), we tend to look for flights that provide the class of service we desire (always biz or 1st class), the time length of flight and number of layovers (less is better). We have literally no interest in the whatever airline 80,000 point - biz class 4 segment 45 hour total flight time just so we can save 25,000 points. I'm not real concerned about status although I am a lifetime AA platinum, status has not really factored into our thinking when we only travel biz or 1st. We have access to lounges via AMEX, Cap 1, JPM Reserve (United) I tend to book more "paid" flights using points via AMEX and Chase then actual miles flights. We earn additional miles and status via the airlines but I find that it does very little for us as we are already sitting up front, baggage is not an issue and we have access to lounges. That said, when bonus transfers pop up I will typically push points over (Air France, for example) as they now fly non-stop to Paris out of our market. So I can book some great biz class deals to Europe (most recent was 55,000 pp one way to Spain in biz class). Thanks for the post Rick

use google search with functions like KLM site:onemileatatime.com before:2020/01/01 this is a much better way of searching as you can limit time frame and the order of the results

As mile redemptions become more tied to ticket cost, it's harder to find outsized value. I've built up a lot of miles, but I'm not sure that's worthwhile nowadays. 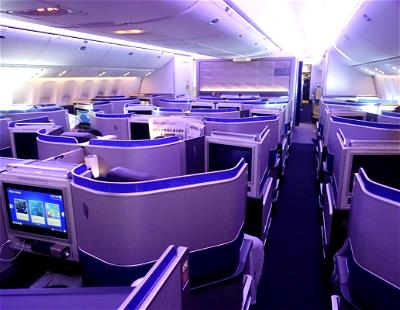 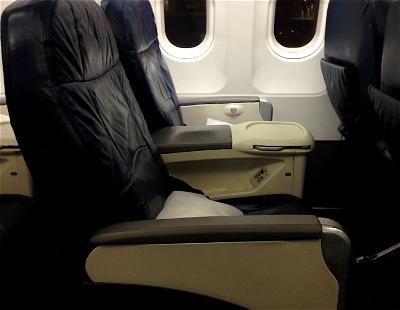