Hilton has just announced some major changes to their 2013 Honors program, which will kick in for bookings made starting March 28, 2013 (any bookings made now for stays after March 28 will be honored at the old rate). These changes include the following:

This is probably the worst single hotel program devaluation I’ve ever seen.

And the new award chart looks as follows:

So on the high end the cost of a free night is going up by up to 45,000 Honors points per night. They’ve published the new hotel categories here.

This website displays the new award pricing by hotel/city, including the seasonal premiums.

Meanwhile in London several hotels are going up by 30,000+ points per night.

And while the fifth night free is nice in theory, one of the best best values with Honors points is AXON awards, whereby four nights at a category seven property would run 145,000 points, which is better than a buy three get one free.

Submitting...
Featured Comments Load all 86 comments Most helpful comments ( as chosen by the OMAAT community ).

[...] sure how many people are actually staying at Category 1 hotels. It is worth noting that even after Hilton’s recent devaluation, I still estimate it takes at most $4,750 in spend to redeem for a Category 10 hotel in the peak [...]

I seldom drop comments, however I read a lot of responses on this page Hilton adds award categories and introduces seasonal pricing as of March 28, 2013 - huge devaluation! - One Mile at a Time. I actually do have 2 questions for you if you do not mind. Could it be simply me or do some of the comments appear like they are written by brain dead visitors? :-P And, if you are posting on additional places, I'd like to follow you. Would you make a list of all of your public pages like your linkedin profile, Facebook page or twitter feed?

All the hotel chains seem to want to really hammer home the fact they don't want their members staying at their luxury hotels on points anymore (or 'hot' areas like Santa Monica or Fishermans Wharf or Boston or NYC). Marriott just blacked out a TON of reward point dates for Ritz Carlton redemptions and WHEN you can find one that accepts reward points, it it between 100,000 and 125,000 points! (used to be 50K!) Priority Club moved Intercontinentals to 50,000 points from 25-35K but blacks out a lot of reward dates in desirable areas. Yikes ... I guess business people who accumulate a lot of points during the year are just going to have to get used to a.) vacationing at Hampton Inn vs. Waldorf Astoria b.) vacation to places like Detroit, Newark and West Armpit, GA c.) Take a 1 or 2 night vacation instead of a 5 night vacation. I don't know about you but paying 60,000 points per night in June for a Waldorff Astoria in Boca Raton that charges $159 per night soley because of the name on the receipt isn't exactly my idea of a good swap. 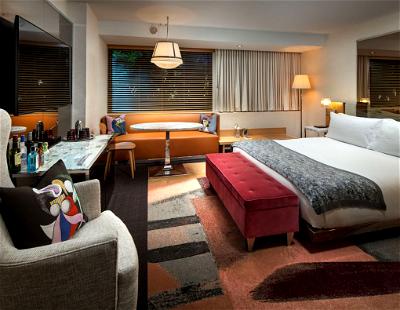 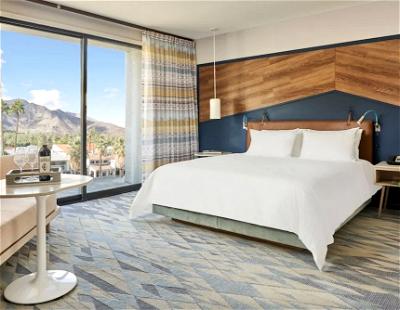