As of December 20th, Canada is not allowing flights from the United Kingdom:

As of Wednesday, March 18th, the Canadian > U.S. border is closed to to “non-essential traffic”.

Goods will continue to move freely, or at least freely-ish, across the border, but tourism is a no-go.

Additionally, since Trudeau’s call for Canadian citizens and permanent residents to come home, there have been some questions about what Canadians abroad are entitled to.

The short answer is that, if a Canadian citizen or permanent resident presents themselves at a port of entry to Canada, they will not be denied admittance.

What that doesn’t mean is that Canadians have any sort of right to a mode of transport to get to a port of entry. Effective March 19, all passengers for departures to Canada will be subject to health screening at the point of departure. If a passenger has a fever, cough, shortness of breath, or has been denied boarding within the past 14 days for symptoms, the passenger will not be permitted to board.

We’re hearing reports that, as flights become more scarce, Canadians abroad are being charged exorbitant rates to fly home. The federal government is offering some assistance with that, in the form of emergency loans of up to $5,000. Canadians can access the program or seek other emergency assistance by emailing [email protected] or calling 1-613-996-8885.

Last night I wrote about the Canadian government recommending against non-essential travel (original post is below), but there has now been a significant escalation.

The federal government has announced that Canada’s borders are closing to all except Canadian citizens, Canadian permanent residents, and US citizens, with exceptions for diplomats, airline crew members, and immediate families thereof.

The measures come as Canada’s confirmed COVID-19 caseload has doubled since Friday.

It would be a constitutional nightmare to try and bar Canadian citizens and permanent residents from returning home, though anyone entering Canada from abroad is at this point expected to self-isolate for 14 days.

The Prime Minister described the US citizen exemption as being due to close ties between the countries, but it is likely to facilitate the flow of goods across the border. Frankly, as the world’s longest unsecured national boundary, the Canada-US border would be extremely difficult to lock down in any event.

That said, the government is clear that the exceptions may not hold. As we have seen over the last couple of days, the situation in Canada is moving very quickly, and I wouldn’t count on a continued ability to enter the country for very long. As Trudeau put it, “Let me be clear. If you’re abroad, it’s time for you to come home.”

From a logistical standpoint, only Montreal, Toronto, Calgary, and Vancouver will continue to accept international flights, although flights from the US, Mexico, the Carribean, and Saint Pierre & Miquelon still seem to be welcome at their regularly-scheduled airports.

The Canadian government has now issued an official advisory to Canadians recommending that we avoid all non-essential travel outside Canada until further notice. Let’s take a look at what that might mean for your upcoming trip and, if you want to cancel, what you need to do about it.

Do you really need to cancel?

My family, for one, has cancelled all our travel plans for the foreseeable future, and are practicing social distancing within certain bounds (schools are only closed beginning today, so those bounds have been limited).

This is because we don’t want the elderly and immuno-compromised people that we know to die, or the doctors we know to be put in the position of having to choose which patients get life-saving care and which do not.

If those reasons aren’t sufficient for you to cancel your spring break trip, however, there are a number of logistical risks to consider:

Will your vacation plans still be open?

Cruises are cancelling, Disney is closed, basically the whole country of Italy has put up a “Come Back Later” sign, and France seems to be following suit, so you may find yourself having flown out of country only to land somewhere that is effectively in a shutdown.

That’s a lot of money or miles to spend only to have nothing to see or do.

What will you do if you get sick?

While the elderly and immune-compromised are at highest risk, people of all ages seem to be having a rough go of COVID-19. A scary percentage of patients require hospital care and oxygen support.

Now that there’s a federal advisory in place, your travel medical insurance likely won’t cover you if you leave the country. Ignoring such an advisory, as far as your insurer is concerned, is you choosing to take on that risk yourself.

Even if the cost doesn’t cause you concern, this is a pandemic. The question isn’t just whether you have good insurance or cash, or are in a country with a decent medical system, but also whether that medical system is likely to be overwhelmed at a time when you might need it desperately. There are only so many ventilators to go around.

Will you be able to come back?

The federal government hasn’t shut the borders yet, but has also confirmed that doing so is not off the table. Even if the borders stay open, international flights are becoming fewer and further between both because of drops in demand and operational restrictions.

While getting stuck in Cabo indefinitely might not seem like the worst fate at first blush, the expense of an extended vacation is a serious risk, especially for Canadians whose jobs and compensation may be affected by the pandemic in the coming weeks and months.

Even if nothing changes, Canadians returning from international travel are being asked to self-quarantine for 14 days, which doesn’t sound like the best end to one’s vacay.

Ok, fine, I’ll cancel. Can I rebook or get my money back?

For many things at the moment, the answer is yes.

If you have cancellation insurance and booked your trip before the government’s advisory warning against your trip, the government’s official advisory will likely have triggered it. That said, once the COVID-19 threat started to grow, some Canadian insurers stopped selling coverage for it because it was considered a known risk. Check your policy or call your insurer to see where you fall.

Most airlines are now waiving change fees for travel that was booked before March and scheduled prior to April 30. The hold times are incredibly long – a friend posted her predicted hold time with WestJet at 1607 minutes – but you will be able to re-book, at least. If the crisis worsens and lengthens, which most people expect it will, policies will likely become even more flexible.

Cruise lines are also offering refunds or credit to cancel, and hotel policies are evolving quickly towards refunds

Finally, stay safe. Wash your hands and look out for the vulnerable people you know. Get the phone number of your elderly neighbour so they can text you if they run low on essentials. Check in on your immuno-compromised, disabled, or chronically-ill acquaintances to find out how you can help. We still need each other, even from a distance.

@KK The Globe and Mail reported yesterday “We’re working with Canadian airlines to make commercial flights available for as many who are stranded as possible. We will also be working with other countries to ensure that our airlines have the permissions and other supports necessary to fly,” Mr. Trudeau told reporters from outside his residence in Ottawa, where he is self-isolating after his wife, Sophie Grégoire Trudeau, tested positive for the virus. “We won’t be able to reach everyone but we’re going to do our best to help those we can.” Canadians will be expected to pay a “responsible ticket price” for their flight home, Mr. Trudeau said. If Canadians are unable to get on a flight home, he encouraged them to apply for an emergency government loan of up to $5,000 to help cover expenses they incur while abroad. The loan seems to be the best offer at this point. The Prime Minister encouraged all Canadians abroad to register with Global Affairs Canada so the government can communicate with them.

Can anybody confirm or deny the rumor, in light of efforts to repatriate everybody, the CA gov’t will not reimburse Canucks who are seeking reimbursements for foreign hospitalization bills?

@theresa should have mentioned fastest ever transit from international arrivals to the bus. Less than 30 minutes all told but had priority bag tags. The new Nexus terminals delayed us a bit as they were different and I ended up taking my picture twice on the slip ;-) 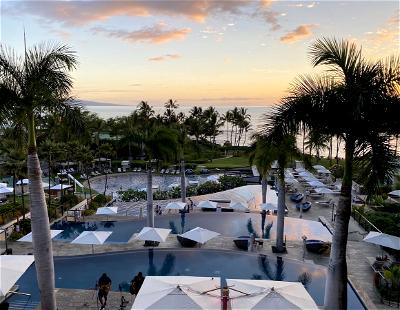 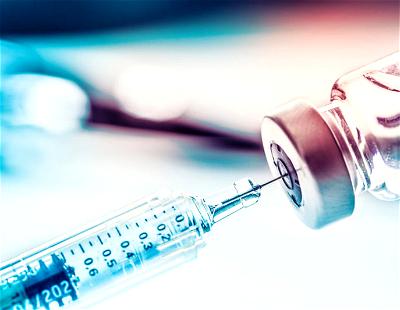 104
Surreal: My Parents Have Been Vaccinated 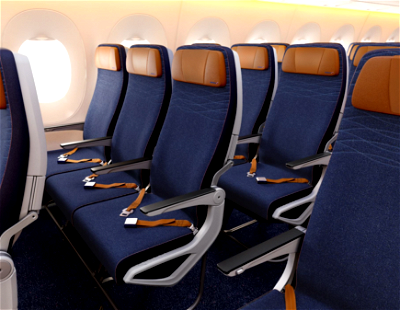