It looks like Starlux Airlines is planning on launching flights to Los Angeles as of April 2023, so we (hopefully) don’t have to wait that much longer before learning more details about this exciting service.

Taipei-based Starlux Airlines is still a relatively new airline, but has big expansion plans. The airline currently flies A321neos and A330-900neos, and will also soon start taking delivery of A350-900s.

Starlux Airlines eventually plans to fly to several cities in the United States, and the intent all along has been for Los Angeles (LAX) to be the first. While Starlux had initially planned to launch flights to Los Angeles as of June 2022, that has been pushed back due to aircraft deliveries and the pandemic.

It looks like Starlux Airlines is moving forward with its plans to serve the United States, as the airline has revealed that it plans to launch North America service as of April 2023. Several weeks back, the airline had posted on Facebook about hiring for positions at LAX, including for passenger sales, customer service, finance, HR, cargo, and more.

Starlux has already received permission from the United States Department of Transportation (DOT) to launch flights to the United States, so that’s a major hurdle the airline has overcome. The airline potentially plans to offer service to up to 15 cities in the United States over time, though only time will tell how many of those airports Starlux actually serves.

What we know about Starlux Airlines’ A350s

Starlux Airlines plans to fly to the United States with A350s, including both the -900 and -1000 models. Starlux’s short haul business class product is phenomenal, so I can’t wait to see what kind of a premium cabin product the airline offers on long haul flights.

What we do know is that:

Regardless, I’m sure Starlux will impress. While most airline startups are low cost, Starlux is going upmarket, and describes itself as a “detail-oriented luxury airline.” The onboard experience really reflects that, with an absolutely spectacular soft product. Then again, China Airlines and EVA Air aren’t too shabby in business class either.

I’m also looking forward to put my Starlux COSMILE Insighter status to the test. 😉 Now if only Starlux Airlines could get some airline partnerships, so that there’s a good way to earn & redeem points for these flights. Aeroplan, I’m looking at you!

I’m excited for Starlux Airlines to launch long haul flights, and it sounds like things are on track for Los Angeles service to start as of April 2023. There are still quite a few unknowns, including what Starlux’s A350 interiors will be like.

Unfortunately Taiwan continues to remain closed to most travelers, with eligible travelers having to undergo a quarantine. Until that changes, this flight will only be useful to many if connecting elsewhere, like Bangkok or Singapore.

Do you think Starlux Airlines will launch LAX flights in April 2023?

Without Cathay in the picture (predicting they eventually get absorbed into Shenzhen Airlines and become more aligned with Air China and Star Alliance) it makes a lot more sense. It also wouldn’t affect nearby CZ because CZ has different partners, and in fact it might be good for the growing Pearl River Delta to have more alliance options. Now with the NSL, assuming things open up, TPE will likely become more attractive than HKG as a transfer hub or tourist destination. JX could become the new CX.

I don’t see much of a future for CX. I think they’ll greatly reduce their network so that it’s almost all domestic and intra-Asia, with some international flights to places like LHR, SFO, YVR, maybe also LAX and JFK, that at least have plenty of HKG VFR demand (largely due to the Cantonese speaking diaspora in those places). And Australia might be reduced to just Sydney. I think they’re going to become like Xiamen Air or one of those more obscure secondary Chinese airlines that only have a few intercontinental routes. They will no longer look anything like SQ. Long term, expect to fly on a Shenzhen Airlines A350 or 777X. 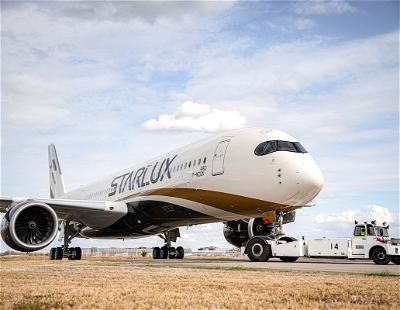 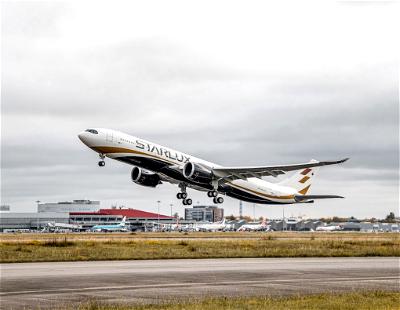