Update: Virgin Atlantic Flying Club now prices most Delta awards based on flight distance, not by region. Only flights to and from the UK and mainland Europe follow a region based chart now. You can read more here about the Flying Club changes.

I’ve written in the past about how redeeming Virgin Atlantic Flying Club miles on Delta can be a spectacular value.

The idea is that Delta SkyMiles has dynamic award pricing, and in many cases the award rates for travel on Delta can be outrageous, even when the cheapest possible award is available.

This is where booking through Virgin Atlantic Flying Club comes in handy:

Generally speaking you’ll find that if there’s a seat available at the “lowest” cost through Delta, then it’s also possible through Virgin Atlantic. At times it can be tough to figure out what the “lowest” cost is, though, given how the pricing is dynamic.

For example, with Delta’s New York to Mumbai flight, Delta seems to be charging a minimum of 135,000 miles for a one-way business class ticket.

Meanwhile the same ticket is bookable in business class through Virgin Atlantic for just 60,000 miles.

While this won’t be the case across the board, I do think it’s worth noting that increasingly redeeming Virgin Atlantic miles on Delta is becoming an even better value.

Delta is getting totally out of hand when it comes to their award pricing. In many markets the only redemption rates for business class seem to be 300,000+ miles one-way in business class.

But what I’ve been increasingly finding lately is that even in situations where Delta is charging 300,000+ miles one-way, Virgin Atlantic has access to those seats.

See the above flight from Lagos to New York that’s 350,000 miles one-way in business class? That’s bookable through Virgin Atlantic for just 60,000 miles.

This won’t be the case across the board, though situations like the above also aren’t isolated incidents, and I’m finding this fairly often.

To give another example, take this flight from Atlanta to Shanghai, where Delta is charging 285,000 miles…

While Virgin Atlantic is charging 60,000 miles…

This is a pretty incredible opportunity, if you ask me.

However, with Delta seemingly charging 300,000+ miles in many markets as the cheapest cost, being able to redeem Virgin Atlantic miles for at least some of those flights is pretty awesome, if you ask me.

Ben, As you may recall, I've been saying all along now that Delta has become the most deplorable airline company in the US in terms of their awards travel ( and unfortunately I live in Atlanta) since they introduced so called, "dynamic award pricing", which is basically a euphemism for gouging their loyal customers-- requiring 300K+ for one-way ticket in business class is completely obnoxious!) That is why I basically stopped flying on Delta--as somebody said here, it's pretty worthless to accumulate miles on Delta.

lucky, just a heads up: you posted the LOS-JFK picture twice.

Rob is right - Delta seems to be more or less requiring "round trip" booking nowadays for certain awards and routes. 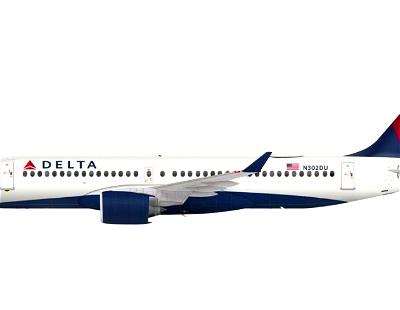