Personally I don’t put much weight into Skytrax ratings (they lost a lot of credibility when Lufthansa became a 5-star airline), but I nonetheless find this interesting. Skytrax gives airlines “star” ratings, and airlines often proudly promote these to consumers. I often disagree with their choices, though I don’t blame them for trying to promote their ratings.

Up until recently there were 11 Skytrax 5-star airlines. The last four to be awarded included:

Etihad’s has quite a controversial history with Skytrax. In 2014 Etihad Airways withdrew from Skytrax. As they described it at the time:

The decision was made after Etihad Airways carried out a review of the criteria and measurement of the Skytrax Airline Rating System.

That didn’t last long, and in 2016 they rejoined, and suddenly they emerged as a Skytrax 5-star airline. So I guess they didn’t like the criteria, until the criteria meant they were the best. 😉 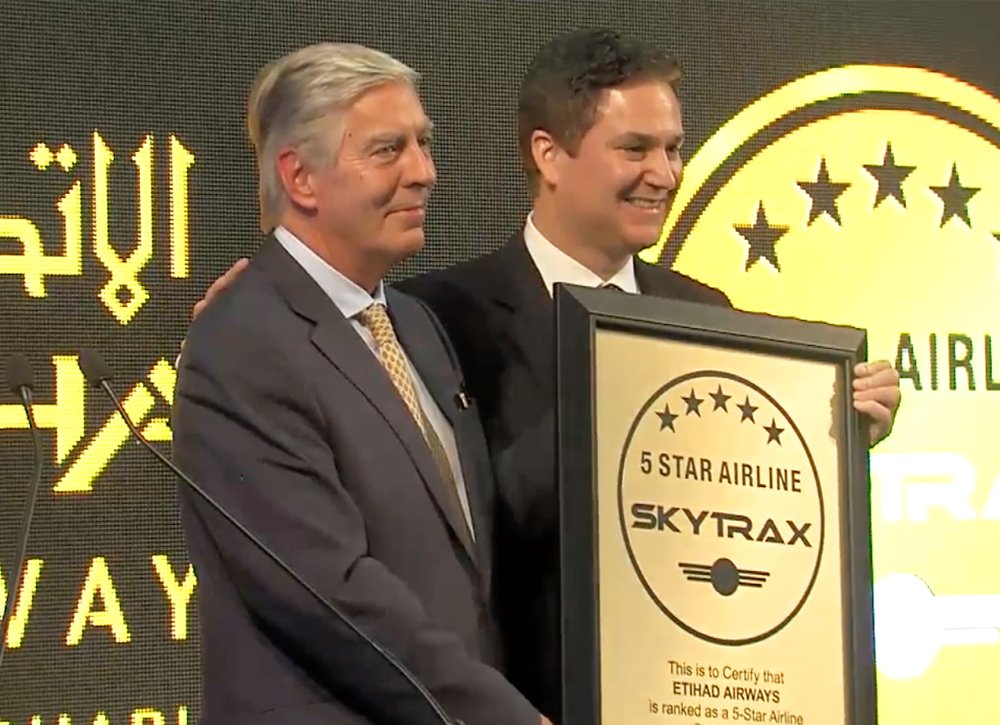 I’d note that one of the primary ways that the Skytrax parent company makes money is by providing consulting services to airlines. While they claim there’s no correlation between the airlines they’re consulting for and the awards they issue, it does seem to me like there’s a conflict of interest there.

Well, that didn’t last long. Etihad Airways has lost their Skytrax 5-star rating, and is once again a Skytrax 4-star airline, leaving just 10 airlines in the 5-star spot. Etihad is the only airline I can think of off the top of my head to have lost this ranking.

I don’t know when this happened, but I imagine it was recent. That’s because the page listing 5-star airlines still lists Etihad. 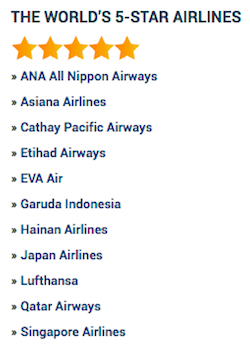 But when you click on that and go to their individual page, it shows the updated ranking.

While they’re not saying so directly (and for that matter aren’t even making a point of highlighting that Etihad had lost this rating), here’s how Skytrax describes their rating system:

Star Ratings are awarded following detailed, professional analysis of an airline’s quality standards by the audit office. A typical rating of standards is based on analysis of between 500 and 800 product and service delivery assessment items. This covers airport services at the airline’s hub, and onboard standards across all applicable cabin / aircraft types.

Interestingly enough when Etihad got this award in late 2016 was around the same time that their extensive cost cutting and general decline started. So I’m not sure what the straw that broke the camel’s back was here, exactly, but it doesn’t seem unreasonable that they’d lose this.

Are you surprised to see Etihad losing their Skytrax 5-star rating?

(Tip of the hat to Ahmad & Phillip)

@Lucky You should check out the new Youtube review of Etihad's new economy class meals. It's unbelievable. You get a 1 dish meal and a piece of bread ( Etihad call that a 2 course meal!) Everything else is now for purchase! You will laugh when you see what you get on a 16 hr LAX AUH flight!

I flew Etihad round-trip JFK-AUH-JFK on an A380 a couple of weeks ago. Their airport lounges and check-in experience were great in both airports, especially AUH. Their Business Class product was comfortable and technologically up to the minute, with plenty of storage compartments. The food was good for airline food and was available to be served on demand, which I appreciated. I enjoyed the Business/First lounge on the plane and the flight crew was extremely courteous and professional. Sitting in the middle two, the pull-up privacy wall offered, well...more privacy. Both flights arrived early. The only thing missing were pajamas, which are no longer offered in Business. That was inconsequential to me because I never cared to change into pajamas while flying in Business. All in all, a great experience. Far superior to a recent long haul Cathay Pacific Business Class flight, who still have a Skytrax 5 Star rating (no PJ's there either). Hmmm. What's up with that!?

Yet despite the Beyond Abysmal experience BA retain 4* I lost faith in the star system over BA in 2017... The reviews on Skytrax are more revealing... That puts BA as a 2* which I think is a bit harsh but certainly no more inaccurate than 4* 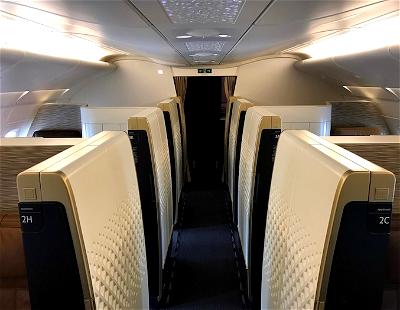 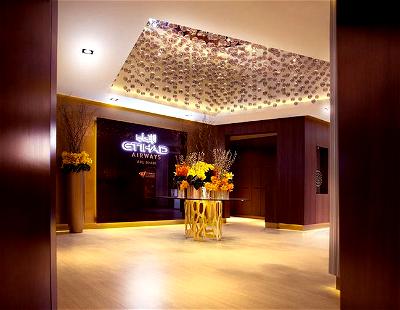