In the spring Etihad Airways stopped offering first class to New York. The airline has now extended this removal of first class all the way through the end of the summer schedule, which suggests to me that this change may be permanent(ish).

This shouldn’t come as much of a surprise, given that Etihad has grounded (and likely retired) its entire A380 fleet, plans to retire its entire 777 fleet, and only has five Boeing 787-9s with first class, leaving a lot of questions about the future viability of Etihad’s first class product.

Between March 27 and October 30, 2021, Etihad Airways has scheduled a two-cabin Boeing 787-9 between Abu Dhabi and New York, featuring just business class and economy.

From the start of the pandemic up until March 2021, Etihad flew a three-cabin Boeing 787-9 on the route, featuring first class. Then Etihad began operating a two-cabin 787 on the route — initially this was through July 1, then it was through August 31, and now it’s through October 30.

That date coincides with the end of the summer travel schedule, which suggests that it’s highly likely that this will be extended, but often airlines only update schedules one “season” at a time. Just to compare capacity of the two configurations: 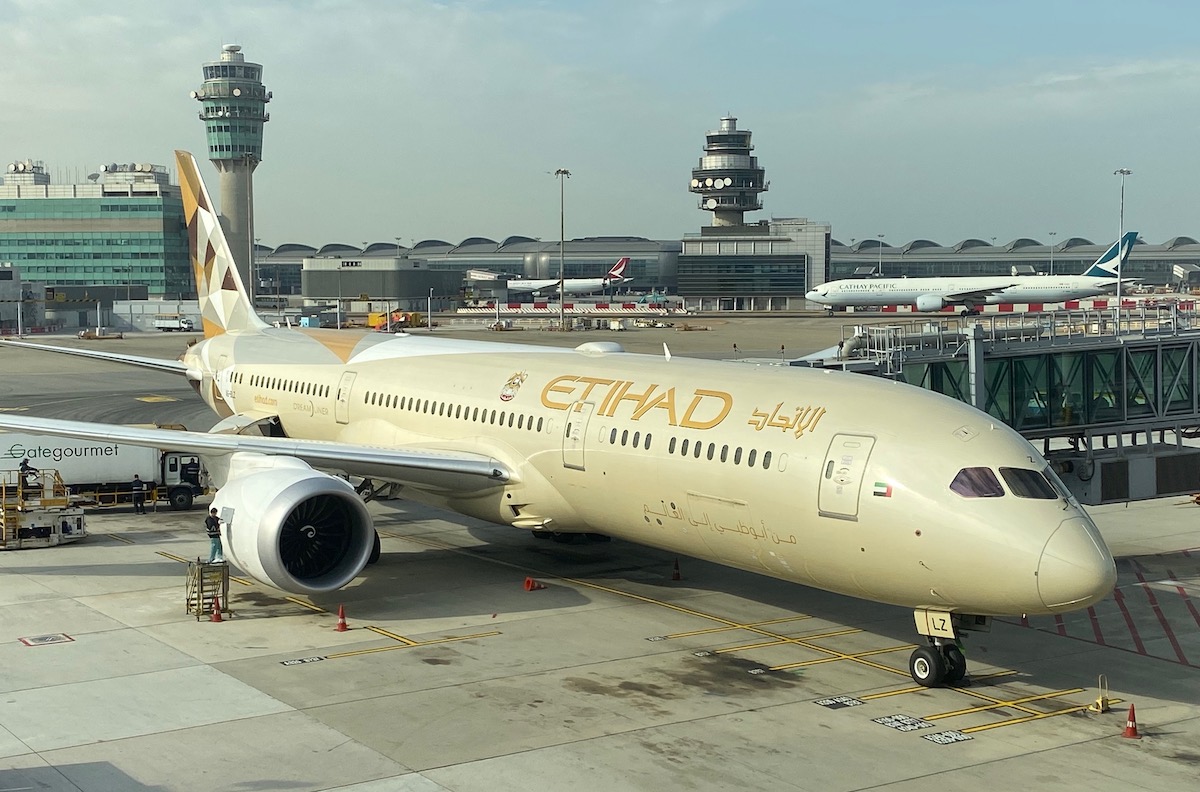 As you can see, the two-cabin plane has a net 68 additional seats — it has 76 extra economy seats, at the expense of eight first class seats.

What’s perhaps most interesting here is that during this period Etihad is continuing to fly a three-cabin 787-9 to Washington Dulles. It makes you wonder whether there’s more first class demand to Washington, or more economy demand to New York — it’s my understanding that in the case of Etihad, both are true. 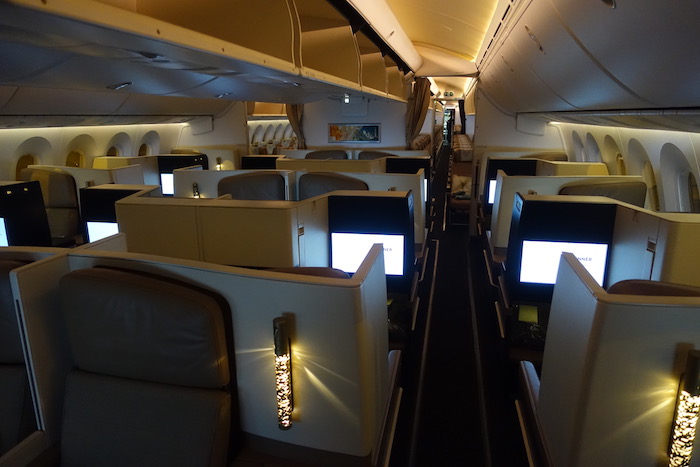 Etihad’s JFK route sure has fallen

Obviously the pandemic has had a terrible impact on the airline industry, but it’s still pretty incredible to reflect on just how capacity has decreased between Abu Dhabi and New York, even pre-coronavirus:

At this point it seems like Etihad doesn’t plan on flying the A380 again, so the Boeing 787-9 might be as good as it gets on the New York route. Etihad also plans to take delivery of some A350s eventually, but we don’t yet know how those planes will be configured, and what routes they’ll be used for. 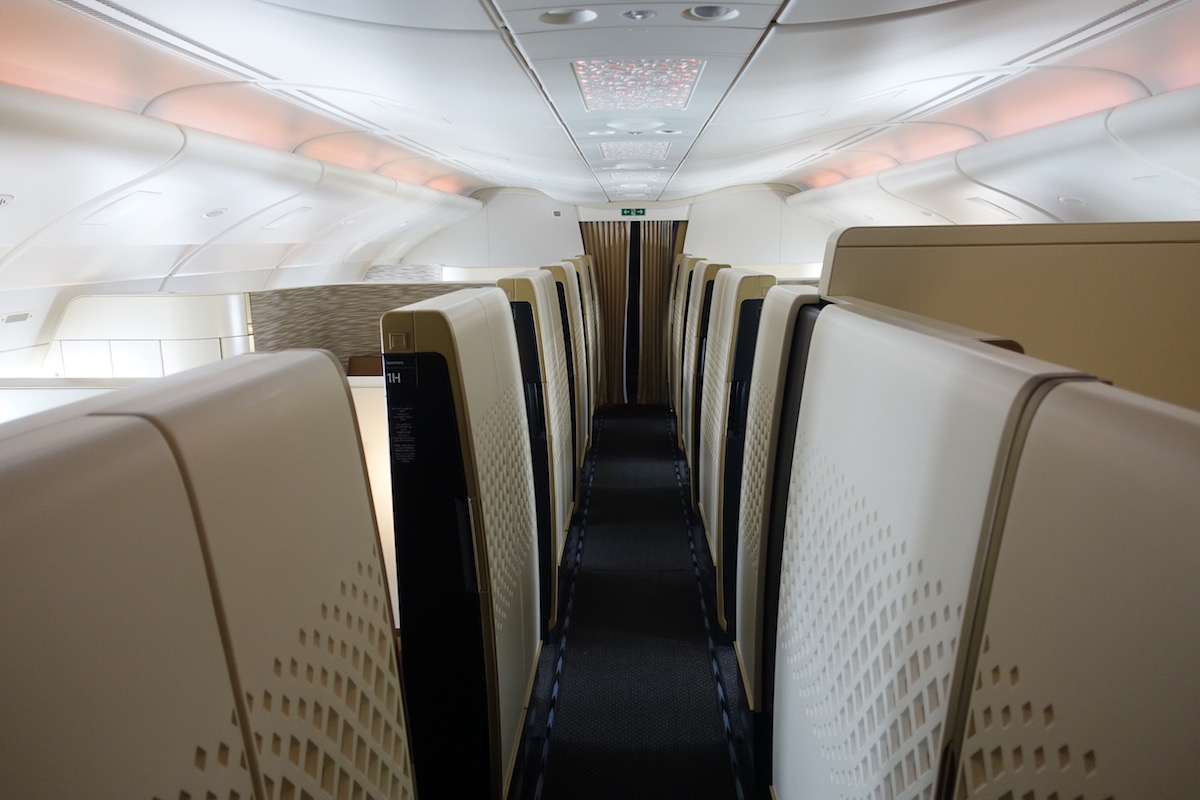 For a period of over seven months, Etihad is flying a two-cabin Boeing 787 to New York, meaning the airline won’t offer first class. I wouldn’t be surprised to see this plane swap extended much longer, given that the airline only has five 787-9s with first class, and they’re tied up between the London and Washington routes.

Are you surprised to see Etihad remove first class on the New York route?

I won't lie: I can't believe you're still going on abiut this. At eight seats per aircraft this affects a few dozen people worldwide each day. The real news here is what @Sean shared above: Etihad sends you a change notice but omits important information!

@JBR - You are right that the Emirates flight out of IAD is brutal for sleep in any class of service. Every time I have taken it, including in F, I've had significant jet lag the entire long day upon arrival in Dubai in the morning. The return flight which leaves DXB at 2.20am is marginally better if you can sleep immediately upon takeoff, but I've never found that particularly easy either. First-world problems, of course, but I agree that a 9pm departure is a significant advantage for EY.

I suspect F to IAD is to accommodate government/diplomatic travel. I doubt your average Emirati minister/ambassador wants to slum it in J. 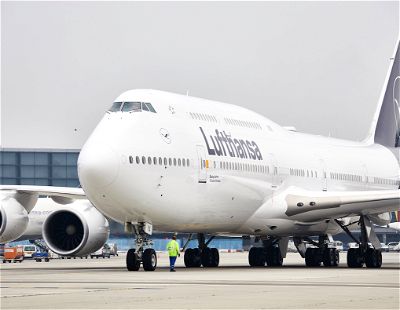 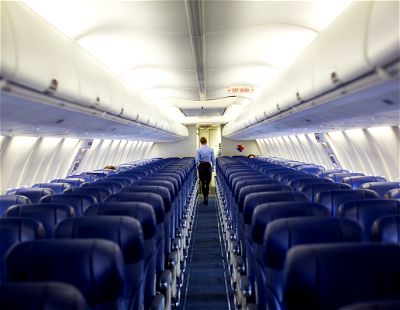 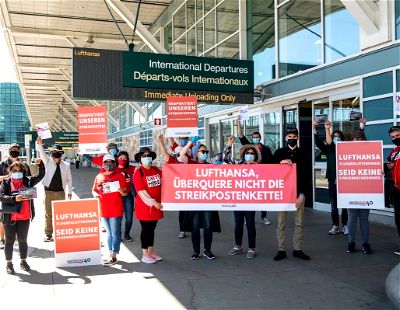