While Cathay Pacific is generally regarded as one of the best airlines in the world, I haven’t been terribly impressed by their longhaul business class product. While they have excellent reverse herringbone seats throughout their longhaul fleet, there’s not much else that’s great about the experience.

Their service flow has always felt robotic and impersonal to me, as everyone is served at the same time off a cart, and you really just feel like you’re part of an assembly line. The airline has realized this weakness for a while, and has been trying to figure out the best way to improve. They want to make sure that they can actually deliver on whatever permanent changes they make.

For example, last year Cathay Pacific offered dine on demand on select routes as a trial, and apparently it didn’t go well, because the airline decided against expanding the concept. I can appreciate that they were at least realistic — it’s unfortunate that they felt they couldn’t make it work, but I’d rather that then have them add it and the service flow is then a disaster. As I’ve explained in a previous post, a dine on demand concept doesn’t work for all airlines.

Cathay Pacific isn’t introducing dine on demand in business class, but rather is trying to revamp the way in which they serve meals to add flexibility. They say that the new meal service should offer a restaurant style experience. What should passengers expect?

While this new service isn’t anything revolutionary (at least from a service flow perspective), it’s a massive improvement over what Cathay Pacific currently offers, especially in terms of the additional variety and more personalized service. Here’s to hoping they can train the crews on this new service flow well so that it’s not a total mess. Fortunately the airline seems to be doing lots of testing of the new service procedure, which will hopefully lead to a smooth rollout.

The way we serve our customers in Business is set to change. CEO Rupert Hogg says: “With increased competition and changing customer expectations, it’s time to evolve to ensure we offer an experience that meets and exceeds those expectations.”

There will be a change to a “restaurant-style” service – food will be plated in the galleys and taken to customers individually, rather than entrées being heated and served in the same dish and delivered from a trolley.

But what’s really important is how the food service is conducted. General Manager Inflight Service Delivery Ed Higgs says: “The focus will be more on the interactions cabin crew have with customers during the service and the memorable experiences that come from those.”

Ed adds: “The change comes in response to feedback from our customers. They told us they wanted to see an improvement in food quality, better presentation, more choice and more personalisation of service.”

When will Cathay Pacific’s new business class service be available?

Unlike Cathay Pacific’s previous dine on demand trial, this isn’t an experiment, but rather the airline is committed to rolling it out. However, they plan on doing so progressively, given that it will require additional crew training. Here’s Cathay Pacific’s timeline for rolling out their new business class service by destination: 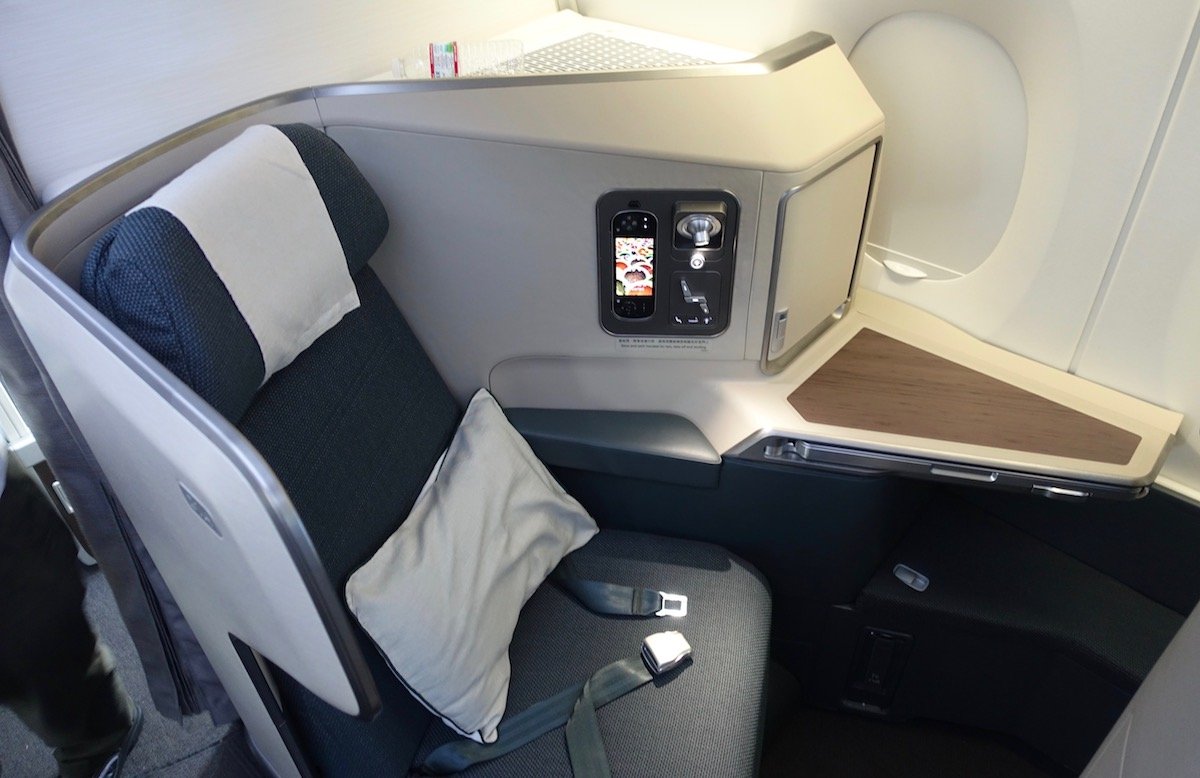 I can’t wait to see these positive changes to Cathay Pacific’s business class meal service introduced over the coming months.

On top of the new meal service, Cathay Pacific is also rolling out Gogo 2Ku Wi-Fi throughout their fleet, which should be available fleetwide by 2020. That makes a huge difference for business travelers as well. Late last year Cathay Pacific also trialed offering mattress pads in business class, though as far as I know that hasn’t been expanded further.

What do you make of Cathay Pacific’s new business class meal service?

(Tip of the hat to @JournoDannyAero)

1) How does this affect special meals? Would those pax be limited to whatever special meal was loaded and not allowed to choose from the "anytime" menu? 2) When does SEA get the new menus?

Recently flown Cathay business from Auckland to Hong Kong and I was surprised how dismal the service was. All very stilted and the food was mostly tasteless. There was barely any service bar the food and drinks and seemed a pain to them when I asked for some mid flight ice cream.

Hello lucky, I recently took the new Cathay Pacific J class food service flights from Chicago O’Hare to HKG in August. On both legs of the journey, the service was extremely slow even though I was sitting in the forward smaller business class compartment which got served first. The food arrived cold and extended periods of time passed between courses and collection of dishes. Requests made to individual cabin crew for example, for an additional glass of wine or water refill or anything else was delivered by another cabin sometime later if at all. Hopefully the learning curve will improve in the service gets better. It would be interesting to hear your review of the service and share your thoughts with everyone now that a good number of months have passed since the new service has been rolled out.

115
Will Cathay Pacific Ever Recover?